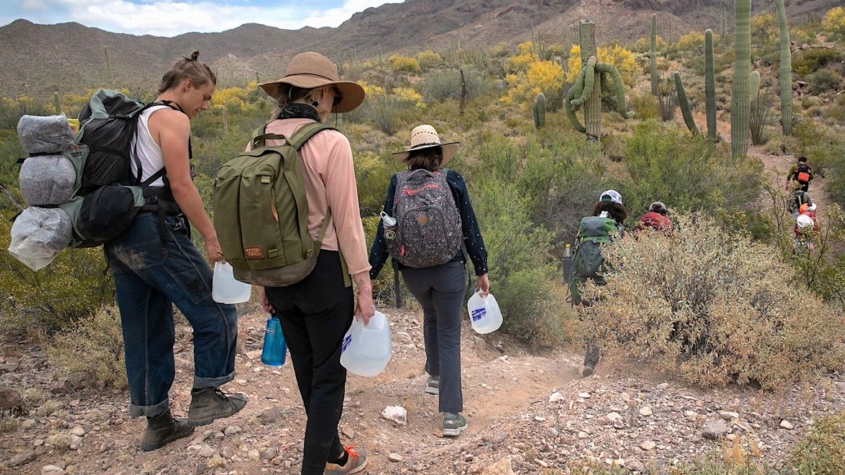 An overwhelming majority of Americans oppose the Trump administration’s practice of threatening people who provide humanitarian aid to undocumented immigrants at the U.S.-Mexico border with arrest and a possible 20-year prison sentence, according to a new UCLA policy brief. The brief, published by the Latino Policy and Politics Initiative (LPPI), cites a 2019 survey of 1,505 Americans that asked participants, “Do you agree or disagree that it should be a crime for people to offer humanitarian aid, such as water or first aid, to undocumented immigrants crossing the desert along the U.S.-Mexico border?” Eighty-seven percent of those surveyed said they disagreed — including 71% of Republicans — highlighting the unpopularity of the policy. “Our survey showed that an overwhelming number of Americans across political parties agree that no one should face jail time for being a good Samaritan,” said LPPI member Chris Zepeda-Millán, an associate professor of public policy who conducted the survey with Sophia Wallace of the University of Washington. The policy brief, authored by Zepeda-Millán and Olivia Marti, a Ph.D. student in UCLA’s political science department, recommends legislation that would halt current efforts to criminalize border relief and calls for an end to the destruction of humanitarian supplies by U.S. Border Patrol agents. Currently, the agency only counts fatalities discovered by its own agents; the UCLA report suggests that the fatality count also include bodies identified by local government officials, medical examiners and nongovernmental organizations. — Eliza Moreno 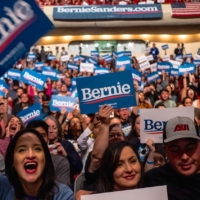 Park on the Visceral Impacts of Climate Change
Scroll to top