Chancellor Gene Block poses for a photo with Renee and Meyer Luskin after presenting the UCLA Medal. Photo by Les Dunseith

Meyer and Renee Luskin — alumni, benefactors and lifelong friends of UCLA — received the university’s highest honor at a reception that was followed by an engaging symposium inspired by their deep commitment to education and social justice.

Chancellor Gene Block bestowed the UCLA Medal on the Luskins on May 29, at the conference center bearing their name.

“What drives Meyer and Renee is precisely what drives UCLA: a desire to solve society’s biggest challenges and to create opportunity for all through education and research,” Block said.

Countless UCLA students have benefited from scholarships funded by the Luskins, and the couple’s legacy can be seen across the campus. The School of Public Affairs was rechristened with the Luskin name in 2011, providing the resources to further its research efforts and expand educational opportunities for students in the fields of public affairs, public policy, social welfare and urban planning.

The UCLA Meyer and Renee Luskin Conference Center, which opened in 2016 in the heart of campus, is a structure of “ageless grace” that will bring people together to explore new ideas for generations to come, Block said.

The medal citation read aloud by the chancellor specifically recognizes the Luskins for their “entrepreneurial spirit and a vision for recycling and repurposing available resources,” as well as being “catalysts for convening people around important issues that require collaboration.” 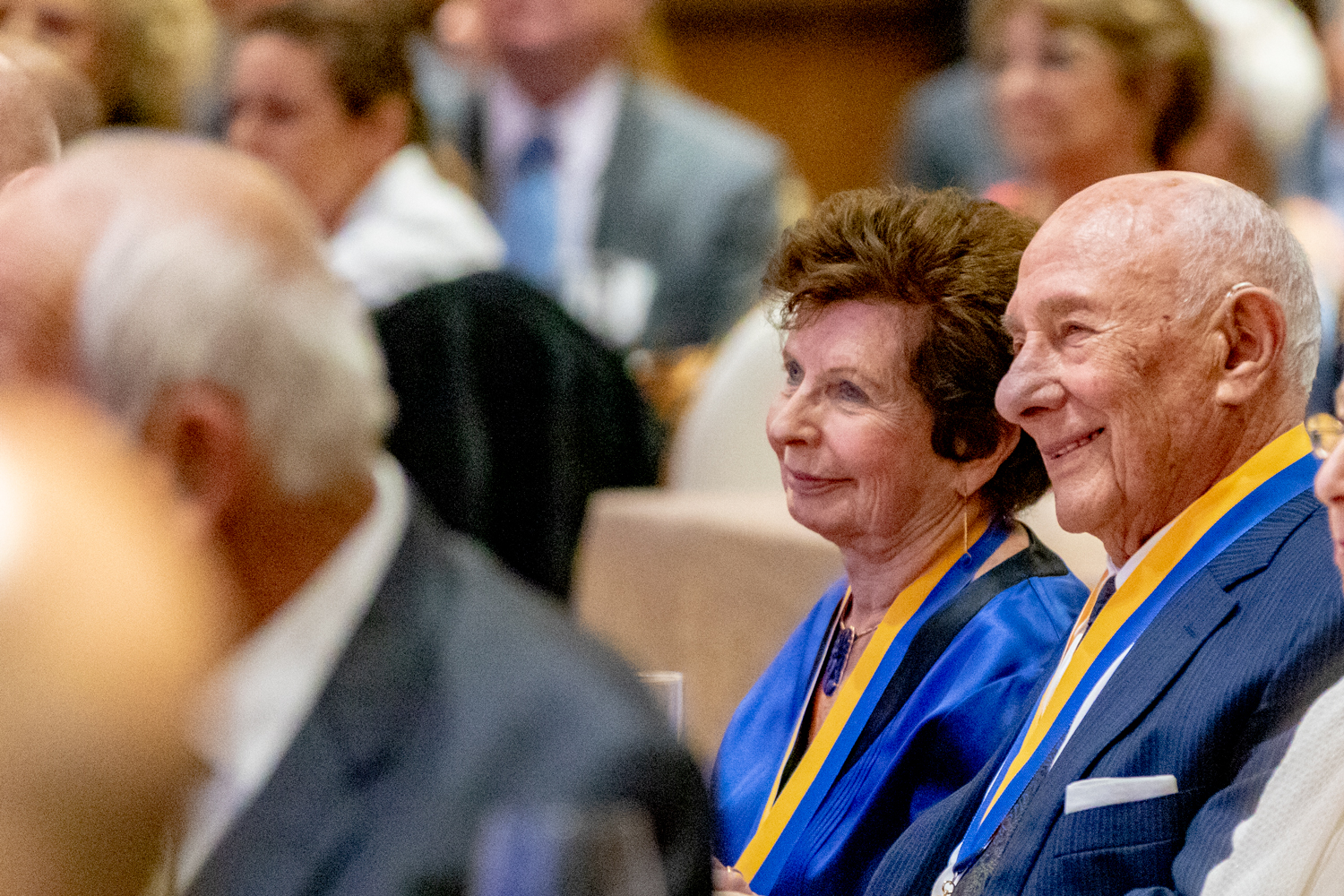 Renee and Meyer Luskin listen to comments by panelists during the symposium that followed presentation of the UCLA Medal. Photo by Les Dunseith 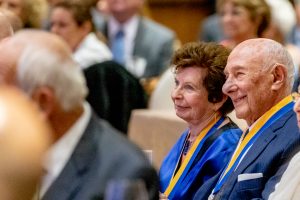 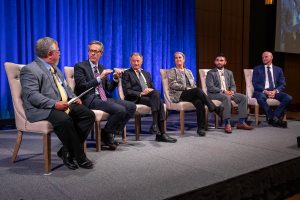 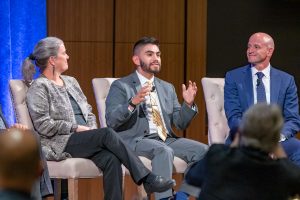 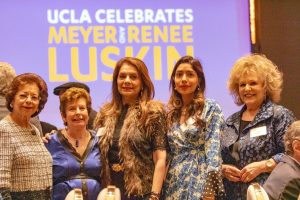 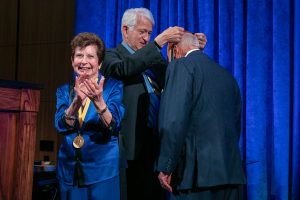 After receiving the UCLA Medal, Renee Luskin, who earned a B.A. in sociology in 1953, said it has been a “true joy” to be part of the university’s remarkable journey. “We have met so many extraordinary people and made treasured friendships here,” she said.

Meyer Luskin, who grew up in New York City’s Lower East Side and Los Angeles’ Boyle Heights in an immigrant family with little education or financial means, remembered his first day at UCLA.

“I recall a shy, innocent, simple, somewhat odd, not-quite-17-year-old freshman walking up Janss Steps in 1942. Yes, that was 77 years ago,” said Luskin, who completed his bachelor’s degree in economics in 1949 after a break for military service during World War II.

“How do I feel? UCLA, one of the world’s great universities, is awarding me its highest honor. It has been an incredibly long and fortunate journey to this podium.”

The medal ceremony drew family, friends and colleagues of the Luskins along with UCLA faculty, staff and supporters. It was followed by a symposium moderated by Gary Segura, dean of the Luskin School of Public Affairs.

Renee and Meyer Luskin, he said, “are two people who are thoughtful and critical of social conditions that they see as inequitable, who embrace the role of education as the linchpin of democracy, who are remarkably intellectually curious about everything under the sun, and whose affection for and celebration of the many students whose lives they have touched is amazing to witness.”

In that spirit, Segura guided the conversation by panelists selected for their varied perspectives on UCLA’s mission and because they could speak to issues important to the Luskins:

The conversation touched on inequity in education and threats posed by environmental degradation and technology used for inappropriate or even nefarious purposes. It also recognized the spirit of innovation kindled at UCLA, seen in the drive and ingenuity of its students.

“I think this is an important lesson for our students — and all of us, really — to never let our fear of failure stop us from taking risks,” Block said.

The couple have also provided financial support at UCLA for the Legal Ethics program at UCLA Law, the Luskin Lecture for Thought Leadership and the Institute on Inequality and Democracy at UCLA Luskin.

View additional photos from the event in an album on Flickr. 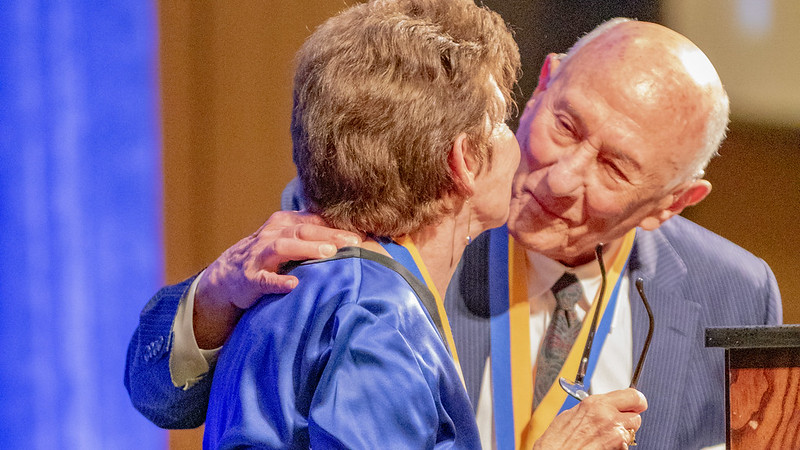 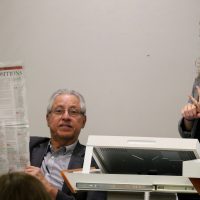 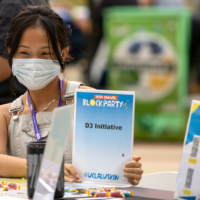