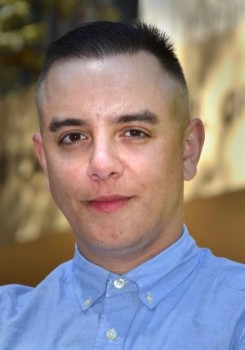 Carlos E. Santos is Associate Professor of Social Welfare in the UCLA Luskin School of Public Affairs. He holds an undergraduate and doctoral degree in developmental psychology from NYU. He completed his master’s in education at Harvard University. His research focuses on ethnic-racial, gender, and sexual minority identity in relation to various developmental outcomes using an intersectional approach. He employs developmental theories and empirical methodologies in order to study the contexts within which identities are formed, develop, and change over time among primarily Latinx youth. His research has also explored legal consciousness among Latinx youth and the development of these youth in state level contexts that are socially and politically hostile towards immigrants. His empirical contributions with colleagues were recognized as “pioneering” (Jugert et al., 2020, p. 949, Child Development) in showing the effects of peers and peer networks on ethnic-racial identity. He was awarded multiple early career awards for achievement in research from three different national professional associations. His research has been funded by the National Science Foundation and the National Institutes of Health. Santos is a member of the National Academy of Sciences’ Forum on Children’s Well-Being. He is a principal grant reviewer for the US Dept of Ed/IES, an ad hoc reviewer for NSF, and a former Associate Editor of the Journal of Adolescent Research. His co-edited book, Studying Ethnic Identity: Methodological and Conceptual Approaches Across Disciplines, was published by the American Psychological Association Press in 2015.