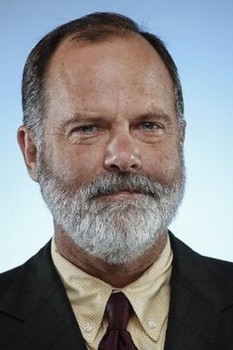 Jim Newton is a veteran journalist, author and teacher. In 25 years at the Los Angeles Times, Newton worked as a reporter, editor, bureau chief, columnist and, from 2007 through 2010, editor of the editorial pages.

He is the recipient of numerous national and local awards in journalism and participated in two staff efforts, coverage of the 1992 riots and the 1994 Northridge Earthquake, that were awarded the Pulitzer Prize. In 2022, he was chosen by the American Political Science Association for the Carey McWilliams Award, which honors a journalist or organization each year for intellectual forthrightness and political independence in memory of a California lawyer who became an influential political leader, author and editor.

Before joining the Los Angeles Times, he was a reporter at the Atlanta Journal-Constitution, and he began his career as the 1985-86 clerk to New York Times columnist James Reston. He is a graduate of Dartmouth College.

He came to UCLA full-time in early 2015 to teach in Communication Studies and Public Policy and to found Blueprint, a new UCLA magazine (blueprint.ucla.edu) addressing the policy challenges facing California and Los Angeles in particular. He serves as the magazine’s editor-in-chief.

Newton also is a respected author of four important, best-selling and critically acclaimed works of history: Man of Tomorrow: The Relentless Life of Jerry Brown (Little, Brown and Company, 2020); Justice for All: Earl Warren and the Nation He Made (Riverhead, 2006); Eisenhower: The White House Years (Doubleday, 2011); and Worthy Fights: A Memoir of Leadership in War and Peace (Penguin Press, 2014), a collaboration with former CIA Director and Secretary of Defense Leon Panetta. He recently signed with Random House to produce a book on Jerry Garcia of the Grateful Dead and the San Francisco counterculture of the 1960s. It’s tentatively slated for publication in 2025.