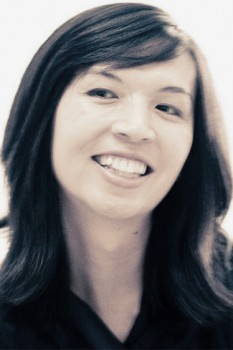 Master of Architecture from Yale University; Ph.D. in Urban and Environmental Planning from the Department of Urban Studies and Planning at MIT

Kian Goh is Assistant Professor of Urban Planning at UCLA Luskin School of Public Affairs. She researches the relationships between urban ecological design, spatial politics, and social mobilization in the context of climate change and global urbanization. Dr. Goh’s current research investigates the spatial politics of urban climate change responses, with fieldwork sites in cities in North America, Southeast Asia, and Europe. More broadly, her research interests include urban theory, urban design, environmental planning, and urban political ecology. As a professional architect, she cofounded design firm SUPER-INTERESTING! and has practiced with Weiss/Manfredi and MVRDV. She previously taught at Northeastern University, the University of Pennsylvania, the New School, and Washington University in St. Louis. Dr. Goh received a PhD in Urban and Environmental Planning from MIT, and a Master of Architecture from Yale University.

Dr. Goh’s forthcoming book, Form and Flow: The Spatial Politics of Urban Resilience and Climate Justice, will be published by the MIT Press in 2021. The book investigates the contested power relationships and conflicts around plans proposed by cities to respond to climate change impacts. Exploring sites in New York, Jakarta, and Rotterdam, it traces the global flows of ideas and influence in the production and justification of climate change plans, and the local social movements organized against unjust and exclusionary actions.

Recent publications include articles on urban theory and climate justice in Cambridge Journal of Regions, Economy and Society, urban planning and the Green New Deal in the Journal of the American Planning Association, the politics of urban flooding in the International Journal of Urban and Regional Research, the global and urban networks of climate change adaptation in Urban Studies, and queer space and activism in the Annals of the American Association of Geographers.