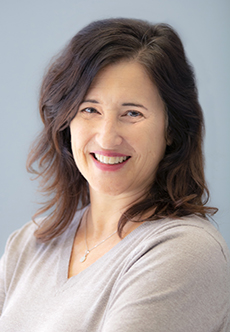 Professor Abrams’ scholarship focuses on improving the well-being of youth and adults with histories of incarceration. Her ethnographic studies have examined youths’ experiences of criminality, risk, and institutions seeking to reshape their identities. These themes are considered in her first book Compassionate Confinement: A Year in the Life of Unit C (Rutgers University Press, 2013). Her second book Everyday Desistance: The Transition to Adulthood Among Formerly Incarcerated Youth (Rutgers University Press, 2017), examines how formerly incarcerated young men and women navigate reentry and the transition to adulthood in the context of urban Los Angeles. She has published over 100 peer-reviewed articles and book chapters, and is the editor of two edited volumes: The Voluntary Sector in Prisons (Palgrave, 2016); and The International Handbook of Youth Imprisonment (Palgrave, 2021). She also partnered with Professor Laura Wray-Lake to produce a recent SCRD monograph entitled Pathways to Civic Engagement Among Urban Youth of Color.

Dr. Abrams is currently involved in several studies concerning the youth and adult criminal legal systems and reentry, locally and globally. Her study of youth justice models in four countries examined how issues of age, maturity, and culpability are constructed in law and practice. A mixed methods study of very young offenders, incarceration, health, and public policy led to a state bill in California barring juvenile justice jurisdiction in for youth under age 12; a model that is spreading nationally. Dr. Abrams is currently fielding a study on reentry, health, and social networks among young people aged 18-25 from Los Angeles County jails and along with PI Dr. Elizabeth Barnert, is the co-director of the UCLA Life Course Intervention Research Network – Youth Justice Node. She is also working with a national team to examine life after “juvenile life without parole” in the United States.

In the community, Dr. Abrams has served as an expert witness for death row appeals and in cases involving minors fighting their fitness to be tried as adults. She has provided public and congressional testimony regarding treatment in the juvenile justice system, the reentry needs of youth, and effective practices for the reintegration of reentry youth into the community.

Dr. Abrams’ work and opinions have been cited in a range of news media including the Washington Post, the New York Times and NPR, among others. She has received numerous awards for her scholarship, including the SSWR best scholarly book award (2020) and the Frank R. Bruel prize for the best published article in Social Service Review (2013). In 2020 Dr. Abrams was inducted as a member of the American Academy for Social Work and Social Welfare. In 2022, she received the inaugural UCLA Public Impact award and was inducted into the UCLA Faculty Mentoring Honor Society .

MPR News On Abuse in a Private Juvenile Facility

More Protections for Juvenile Offenders are Before California Legislators