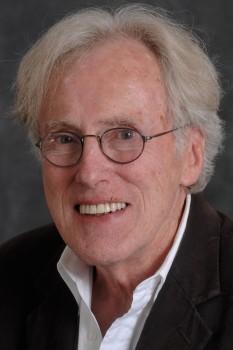 Matthew Drennan has been a Visiting Professor in the department since 2004.   He is an Emeritus Professor, City and Regional Planning, Cornell University.

His recent book “Income Inequality: Why It Matters and Why Most Economists Didn’t Notice” was published by Yale University Press in November, 2015. It was reviewed in the Sunday New York Times Book Review, December 20, 2015.

His current research focuses on how minimum wage increases in big cities affect consumption expenditures of low-wage workers in the metropolitan area. Most of his past work has been in urban and regional economics. In the “Encyclopedia of New York City” he wrote the history of the city’s economy from colonial times to the present.

“Do Agglomeration Economies Decay over Short Distances? Are They Stable in the Face of Shocks? Evidence From Manhattan,” International Journal of Urban Sciences, Vol. 22, No. 1, 2018

“Does Public Transit Use Enhance the Economic Efficiency of Urban Areas?” with Charles M. Brecher, Journal of Transport and Land Use, Vol. 5, No. 3, 2012.

“Possible Sources of Wage Divergence among Metropolitan Areas of the United States,” Urban Studies, Vol. 42, No. 9, 2005.

“Transition and Renewal; The Emergence of a Diverse Upstate Economy,”with Rolf Pendall and Susan Christopherson. Center on Urban and Metropolitan Policy, the Brookings Institution, January, 2004.

“The Economic Benefits of Public Investment in Transportation: A Review of Recent Literature,” Journal of Planning Education and Research, Vol. 22, No. 3, 2003.

“The Economic Cost of Disasters- Permanent or Ephemeral?” in Economic Costs and Consequences of Terrorism, Peter Gordon and Harry Richardson, eds, Edward Elgar, 2007.