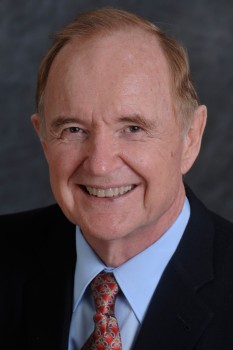 A recognized authority in macroeconomics and international finance, Michael Darby has achieved great success in both the academic and public sectors. From 1986 to 1992, Darby served in a number of senior positions in the Reagan and Bush administrations including Assistant Secretary of the Treasury for Economic Policy, Member of the National Commission on Superconductivity, Under Secretary of Commerce for Economic Affairs, and Administrator of the Economics and Statistics Administration. During his appointment, he received the Treasury’s highest honor, the Alexander Hamilton Award.

Dr. Darby is the widely-cited author of eleven books and monographs and numerous other professional publications. His most recent research has examined the growth of the biotechnology and nanotechnologies industry in the United States and in California, all science and engineering fields and high-technology industries in the world, and the role that universities and their faculties play in encouraging local economic development. Concurrently he holds appointments as chairman of The Dumbarton Group, research associate with the National Bureau of Economic Research, and adjunct scholar with the American Enterprise Institute. He is also director of UCLA’s John M. Olin Center for Public Policy, a position he has held since 1993. Previous to his Anderson School appointment in 1987, Darby held faculty positions or fellowships with UCLA’s department of economics, Stanford University, and Ohio State University. From his schooling to 1982, he also was vice president and director of Paragon Industries, Inc., a Dallas manufacturer of high-temperature kilns, furnaces, and refractories.