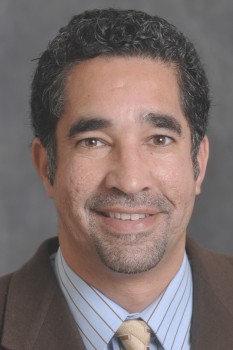 Ph.D. in Urban Studies and Planning, Massachusetts Institute of Technology

His recent work examines the labor market consequences of mass incarceration and the benefits and costs of the prison boom. A recently completed book, Why Are so Many Americans in Prison, explores the causes of the American prison boom and what to do about it to insure both low crime and incarceration rates.

Much of his work has been featured in a variety of media outlets including NPR, PBS, the New York Times, Los Angeles Times, The Economist, Chicago Tribune, San Francisco Chronicle, and Washington Post, ABC, NBC, CBS, Univision, among other outlets.  He also regularly advises the U.S. Departments of Health and Human Services and Labor, as well as for state and local governments in various capacities.

Prof. Stoll received his Ph.D. from the Massachusetts Institute of Technology (MIT) and a B.S. from the University of California, Berkeley.

Why are So Many Americans in Prison? jointly authored with Steven Raphael, New York, NY: Russell Sage Foundation, 2013.

Do Prisons Make Us Safer? The Benefits and Costs of the Prison Boom
edited with Steven Raphael, New York, NY: Russell Sage Foundation, 2009