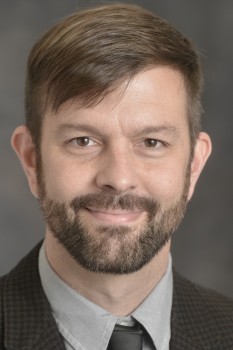 Paavo Monkkonen is Associate Professor of Urban Planning and Public Policy at the UCLA Luskin School of Public Affairs, director of the Latin American Cities Initiative, the coordinator of the Regional and International Development Concentration, and a Faculty Cluster Leader for the Global Public Affairs Initiative. Paavo researches and writes on the ways policies and markets shape urbanization and social segregation in cities around the world. His scholarship ranges from studies of large-scale national housing finance programs to local land use regulations and property rights institutions often not recognized for their importance to housing. Past and ongoing comparative research on socioeconomic segregation and land markets spans several countries including Argentina, Brazil, China, Hong Kong, India, Indonesia, and the United States. Paavo continues to work as a consultant on national housing and urban policy in Mexico, where he has various long-term research projects.

At UCLA Luskin, Paavo teaches courses on housing markets and policy, applied microeconomics, research methods, and global urban segregation. He recently launched the Latin American Cities Initiative, Ciudades, an effort to develop and deepen knowledge networks among students, educators, and professionals in the arena of urban planning and policy in South, Central, and North America. One of the initiative’s core components is an international planning studio in Latin America (past studio reports available here).

Professor Monkkonen’s research has been published in journals such as the Journal of the American Planning Association, the International Journal of Urban and Regional Research, the Journal of Urban Economics, Regional Science and Urban Economics, Urban Studies, World Development, and the Journal of Peasant Studies. In recent years, he has received research funding from the John D. and Catherine T. MacArthur Foundation, the Urban Land Institute and LA Metro, the Regional Studies Association, the Lincoln Institute of Land Policy, and the UC Berkeley Terner Center for Housing Innovation. Examples of current projects include a comparative analysis of socio-economic segregation in over 600 cities in 13 countries, a comparison of how higher levels of government shape planning processes in California and Mexico, and a study of inertia in land markets through the evaluation of unbuilt zoned capacity in California’s urban areas.

Where are property rights worth more? Assessing variation in the value of deeds across cities in Mexico
Monkkonen, Paavo. 2016.
World Development, 88, 67-78.

Land Use Regulations and the Value of Land and Housing: An Intra-Metropolitan Analysis
Kok, Nils, Paavo Monkkonen and John M. Quigley. 2014
Journal of Urban Economics, 81(3): 136–148.