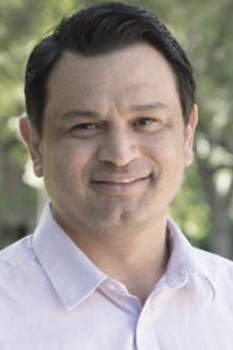 Randall Akee is an Associate Professor at the University of California, Los Angeles in the Department of Public Policy and American Indian Studies. He is also Chair of the America Indian Studies Interdepartmental Program. He completed his Ph.D. at Harvard University in June 2006. Prior to his doctoral studies, Dr. Akee earned a Master’s degree in International and Development Economics at Yale University. He also spent several years working for the State of Hawaii Office of Hawaiian Affairs Economic Development Division.

Dr. Akee is a faculty research fellow at the National Bureau of Economic Research (NBER) in Labor Studies and the Children’s Groups. He is also a research fellow at the Harvard Project on American Indian Economic Development and at the Institute for the Study of Labor (IZA), a faculty affiliate at the UCLA California Center for Population Research (CCPR) at UCLA and a faculty affiliate at UC Berkelely Center for Effective Global Action (CEGA). His main research interests are Labor Economics, Economic Development and Migration.

Previous research has focused on the determinants of migration and human trafficking, the effect of changes in household income on educational attainment, the effect of political institutions on economic development and the role of property institutions on investment decisions. Current research focuses on income inequality and immobility by race and ethnicity in the US. Dr. Akee has worked on several American Indian reservations, Canadian First Nations, and Pacific Island nations in addition to working in various Native Hawaiian communities.

From August 2006 until August 2009 he was a Research Associate at IZA, where he also served as Deputy Program Director for Employment and Development. Prior to UCLA (2009-2012), he was an Assistant Professor at Tufts University and spent AY 2011-2012 at the Center for Labor Economics at University of California, Berkeley.

In June 2013 he was named to the U.S. Census Bureau’s National Advisory Committee on Racial, Ethnic and Other Populations.

“Estimating Institutionalization and Homelessness for Status First Nations in Canada: A Method and Implications,” forthcoming in International Indigenous Policy Journal. (with Donna Feir)

“The Persistence of Self-Employment Across Borders: New Evidence on Legal Immigrants to the United States”,  (with David A Jaeger and Konstantinos Tatsiramos) Economics Bulletin, Vol. 33 No. 1 pp. 126-137, 2013.

“Racial and Ethnic Income Inequality and Mobility from 2000 to 2014: Evidence from Matched IRS-Census Bureau Data.” (with M. Jones and S. Porter), revise and resubmit at Demography.

“American Indians on Reservations: A Databook of Socioeconomic Change from 1990 to 2010,” 2014, with Jonathan Taylor.

Research Report for the Ministry of Overseas Indian Affairs. “Migrant Households In India: A Comparison Of The Average Migrant Household And Migrant Households With Non-Resident Accounts In Kerala, Gujarat, Maharashtra And Punjab.” A Joint Report of Center for Advanced Study of India, University of Pennsylvania, 2012, with Devesh Kapur.

Research in Labor Economics.  “Child Labor and the Transition between School and Work”  2010. Vol. 31, edited with Eric Edmonds and Konstantinos Tatsiramos, Emerald Publishing.

“The Good(?) and Bad of Boarding Schools”