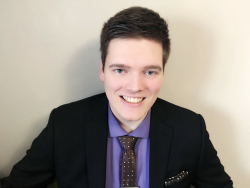 Sawyer completed an M.Ed. in Human Development and Psychology at Harvard University. He also holds a M.Ed. and B.Ed. from Queen’s University, and B.A. from University of Waterloo, majoring in Music, and Human Geography & Environmental Management. He is pursuing a PhD to further the study of relational youth violence and school climate to encompass under-supervised contexts within and outside of school grounds, such as in neighborhoods, virtual spaces, or on school buses. He serves as a consultant with an organization in Canada that trains school bus drivers on bullying prevention and mental health awareness. He’s also engaged in supporting social emotional learning in underserved populations domestically (urban and rural America), and abroad (urban and rural China). Research skills include both qualitative and quantitative analysis as well as mixed methods, having participated with interdisciplinary research groups collaborating with Canadian Federal and Provincial Government Agencies, Universities, and private organizations. Currently Sawyer is working with the APA Taskforce on Violence Against Educators, organizing and analyzing data and policy of qualitative data from school psychologists, social workers, counselors, administrators, teachers, and school staff.