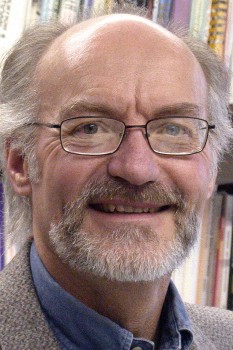 Stuart A. Kirk is a distinguished professor emeritus in Social Welfare at the Luskin School of Public Affairs, University of California, Los Angeles. He is interested in mental health policy and services, particularly the interplay of science, social values and professional politics in the evolution of mental health professions. In 9 books and 140 articles and chapters he examines how professions try to make clinical practice more scientifically based. Many of his articles were co-authored with doctoral students. In scores of articles and three co-authored books–The Selling of DSM, Making Us Crazy and Mad Science–he challenges the scientific claims made about the foundational document of the psychiatric enterprise, the Diagnostic and Statistical Manual of Mental Disorders (DSM) often called the “psychiatric bible.” His critical views have appeared in columns in the New York Times, Los Angeles Times, and Newsweek Magazine.  Some of his books have been translated into French, Italian and Japanese.

After receiving his doctorate at Berkeley in 1973, Professor Kirk taught at the Universities of Hawaii, Kentucky and Wisconsin at Milwaukee, and at 35 was appointed Dean of the School of Social Welfare at the State University of New York at Albany (1980-88). He was a Professor at Columbia University School of Social Work (1988-94), before joining the Department of Social Welfare at UCLA as the first occupant of the Crump Endowed Chair. He directed the PhD program for eight years and chaired the Department for three years. He served on the editorial boards of many journals and as Editor-in-Chief (1992-96) of the NASW journal, Social Work Research.

Among his honors are the Doctoral Alumni award for Distinguished Research and Scholarship on the 50th anniversary of the School of Social Welfare at Berkeley (1994); an invitation from the Rockefeller Foundation to be a Scholar-in-Residence at the Bellagio Study and Conference Center in Italy (1995); a Book of the Year Award for Making Us Crazyfrom MIND, the largest non-profit mental health organization in the United Kingdom (2000); the annual award for Significant Lifetime Achievement from the Council on Social Work Education (2003); and induction as a Fellow in the American Academy of Social Work and Social Welfare, an honor society of distinguished scholars (2010).

He retired in 2012 and resides in Santa Fe, NM, where he has published a book and a series of magazine articles about his passion for motorcycling.