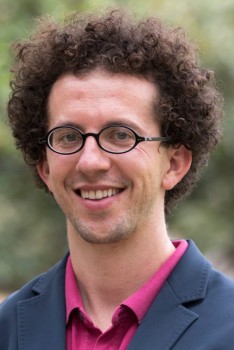 Zachary C. Steinert-Threlkeld is an Assistant Professor of Public Policy and Political Science at the University of California, Los Angeles (UCLA).

His research interests are at the border of international and comparative politics, exploiting in particular vast social media data to study subnational conflict.  His current research focuses on the mobilization of mass protest during the Arab Spring and Ukraine’s Euromaidan protests, as well as elite behavior and state repression in authoritarian regimes.

At Luskin, his teaching focuses on subnational conflict, statistics and advanced data analysis of various kinds, including the analysis of “big data.”

Steinert-Threlkeld’s work has appeared, or is forthcoming in, the European Physical Review – Data Science, World Politics and the American Political Science Review.