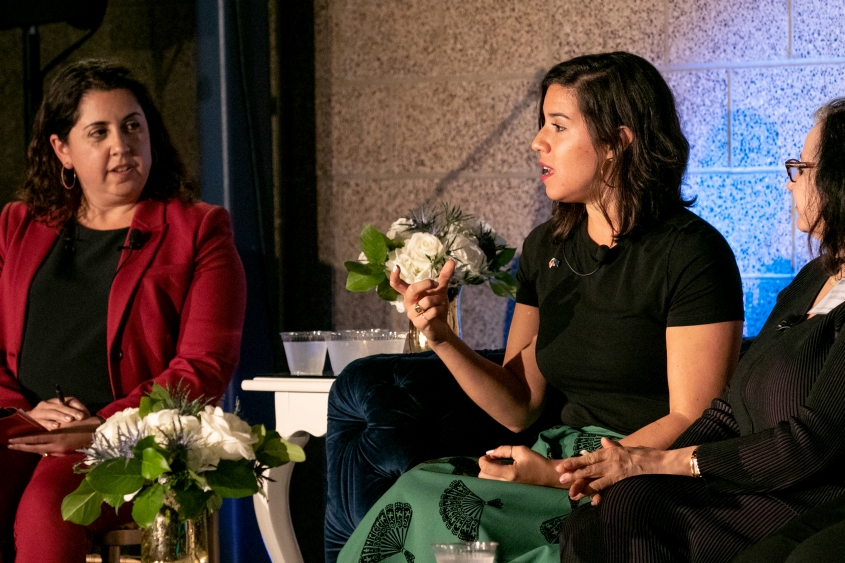 During the panel discussion, Sen. Yvanna Cancela of Nevada, center, spoke about her experience as a person of Cuban descent born into a family whose political ideology doesn’t always align with her own. Photo by Amy Tierney

In an era when politics often seems to consist of partisan bickering and legislative stonewalling, it may seem that nothing of importance is happening in government. But a recent panel discussion hosted by the UCLA Latino Policy & Politics Initiative showed that real impact is still being made in many statehouses. And the growing prominence of Latina elected officials is a big reason why.

“Tonight is a special evening for us,” said Sonja Diaz, founding director of the initiative, which is based at UCLA Luskin, in her opening remarks. “This is actually a rare time where Latinas are going to be over-represented on stage.”

Jennifer Medina, a national correspondent for the New York Times, led the questioning of the panel of state senators. She began by asking the panelists, who are all Democrats, to reflect on what has changed in recent years to make it possible for more women of color like themselves to win elected office.

The panel cited changing demographics and the backlash against unpopular efforts by conservative lawmakers to crack down on illegal immigration as keys to mobilizing opposition in states such as California and Arizona. But Sen. Antoinette Sedillo Lopez of New Mexico cited a third reason for a recent surge in minority officeholders.

“A big trigger for the change — and it’s a dramatic change and it’s happening now — was the election of this president,” she said.

The desire to mobilize the Latino electorate to help oust Donald Trump from the White House in 2020 was a recurring theme of the panel discussion.

“The federal government is like a dumpster fire right now. Congress is broken,” said Sen. Julie Gonzales of Colorado. “So there has been a tremendous amount of responsibility that has fallen to us in the states to be able to actually show what governance looks like.”

Unlike the other four panelists, Sen. Rebecca Rios of Arizona holds elected office in a state that is controlled by Republicans. She says the GOP’s dominance of political races there has been gradually eroding.

“Arizona’s going to be pivotal in the 2020 presidential race. No doubt about it,” Rios told the crowd of about 200 people at the Latino Policy & Politics Initiative event. Trump’s margin of victory in her state was less than 4% in 2016, and “there is a massive effort by nonprofits and [Democrats] to energize our base and register people of color to vote in 2020.” 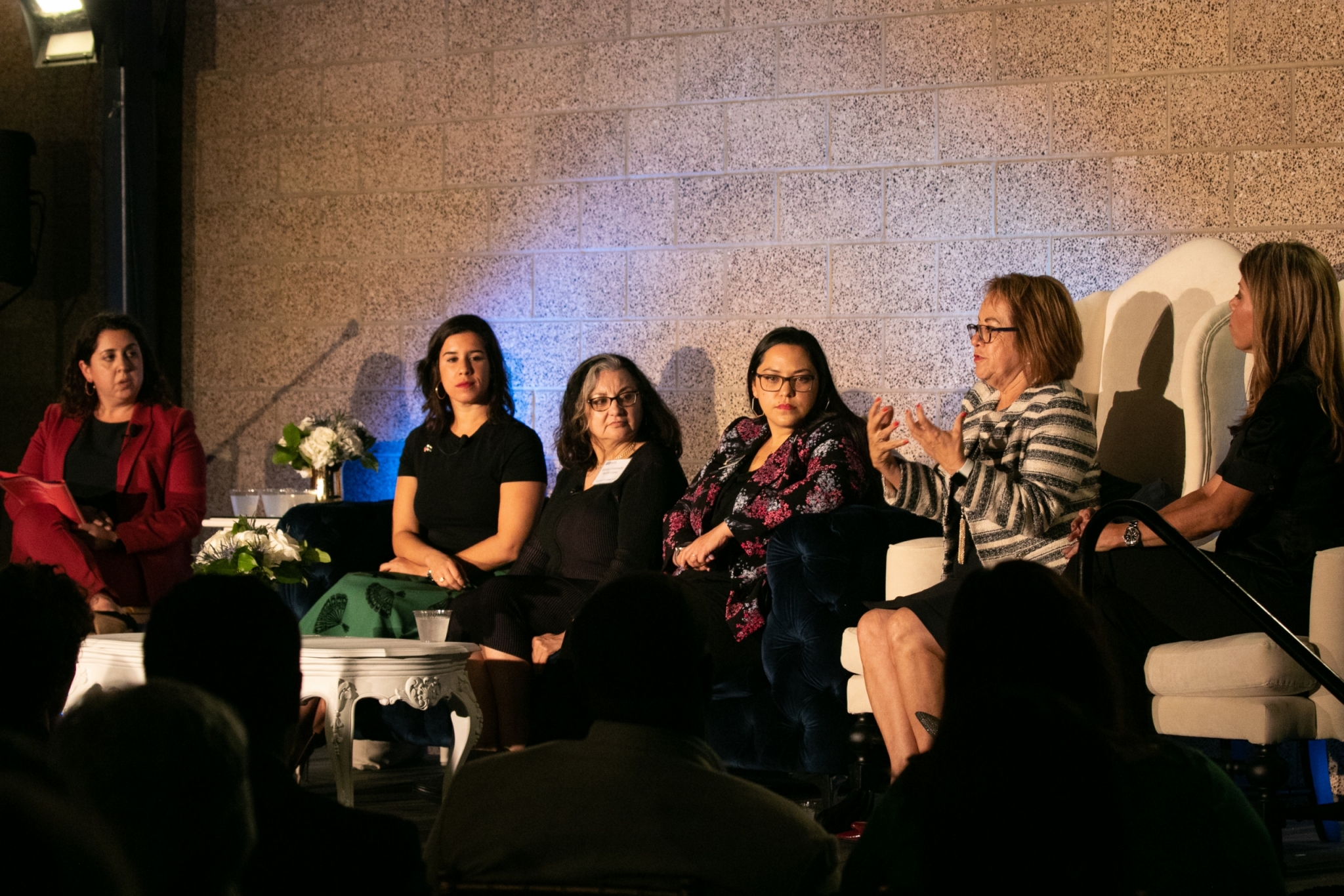 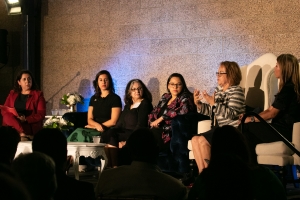 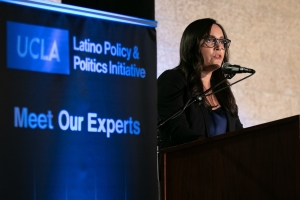 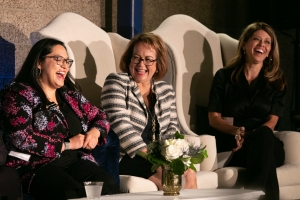 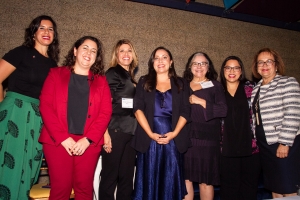 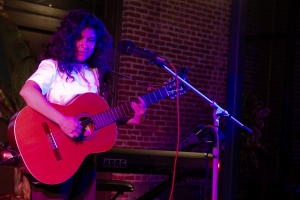 There are no shortcuts to building political success, the candidates said. It takes time, effort and experience.

“What I’ve learned my whole life, as a union organizer, was you have got to have a base … that’s mobilized and that’s continuously pressing the issues forward,” said California Sen. María Elena Durazo, who said she feels a responsibility “to vote the right way” on issues of importance to Latinos.

Pushing legislation of importance to Latinos, which some people call identity politics, can be tricky for elected officials to navigate. Their political views can be misconstrued or mislabeled. In the view of Nevada Sen. Yvanna Cancela, it’s important to talk about race, gender and minority representation in inclusive ways that bring people in rather than pushing them away.

“The constitutions of our states were written at a time where people who look like us didn’t have representation,” Cancela said, motioning to her fellow Latinas. “They are not systems designed for people like us to operate in, and have power in. And to fundamentally change those systems, we need our teams to be as big as possible.”

The panel noted time and again the importance of seeing all issues as important to Latino communities while highlighting a few issues they see as critical to Latinos and women.

“There are still so many hard-working people who are just poor and, you know, have to live bunched up in a small apartment,” said Durazo, who emphatically underscored poverty during the panel. “Those are outrageous things. That should be the Latino agenda. That’s what we should all be on the same side of fighting for.”

Others highlighted education and climate change, noting these issues are being championed in the Latino community.

Sedillo Lopez, the state senator from New Mexico, said she has seen growing agreement that elected officials should take action because of global warming and the environment “and what it means for our children.”

“[It’s] women and Latinas who are bringing this to the forefront,” she said. “And that’s why we need to be elected. We need to express ourselves with our very, very powerful voices.”

Medina closed out the panel by asking the panelists: “What’s keeping you up at night?”

Gonzales is focusing on championing legislation in Colorado, but “as I head into this next legislative session, it will be, ‘What can I do differently?’” she said. “Can I do work that will have a concrete impact on people’s daily lives?”

Rios said the ongoing immigration crisis is never far from her thoughts. “What has made me cry is the reality that we’re tearing families apart, that we have children that are literally languishing without parents and with no idea what’s happening to them.”

But, ending on a hopeful note, Rios noted that her position of influence helps to create space for others, particularly the children who visit her office.

“This is my opportunity, hopefully, to engage these children — to let them know, ‘This is your Senate. You belong here,’” Rios said. “If I can do nothing else but make our children, our people, recognize that they belong and that we need them in positions of power, making decisions that are going to affect them and their families and our communities, then I’ve done my job.” 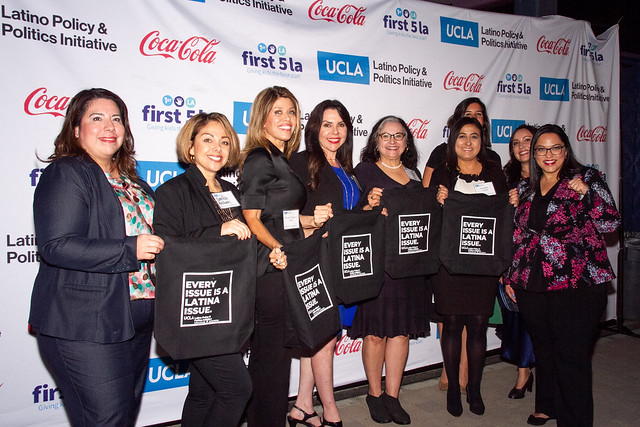 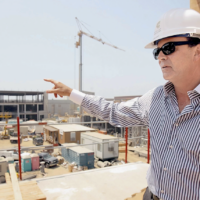 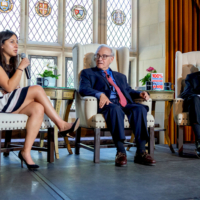 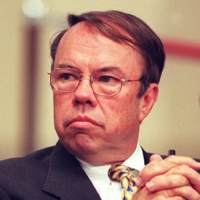 Manville on Proposal to Add Toll Lanes to the 405

A Passion for Diversity
Scroll to top