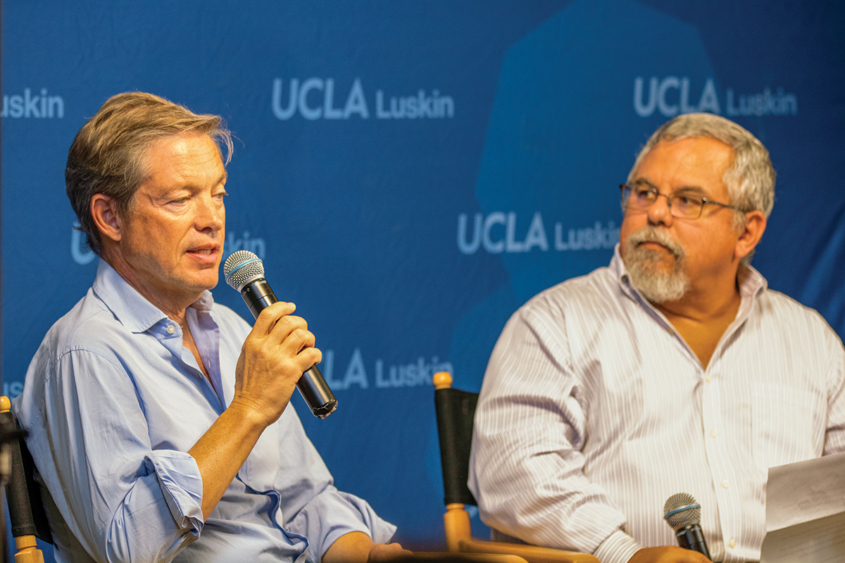 By Stan Paul and Les Dunseith

In June 2022, UCLA Luskin announced the results of a groundbreaking analysis of the effectiveness of governments in more than 140 nations known as the Berggruen Governance Index, a collaborative project with the Los Angeles-based Berggruen Institute.

Four months later, an international who’s who of governance scholars came to UCLA or weighed in remotely to point out every possible flaw and shortcoming of the index they could find.

And that was exactly the point.

“The Berggruen Governance Index is an ambitious new approach that involves complex data structures and analyses,” said principal investigator Helmut Anheier, UCLA adjunct professor of social welfare and public policy, as well as the former president of the Hertie School in Germany, which also played a role in the report. “Therefore, it was important to invite leading experts on global data systems to come to the Luskin School to review and discuss the index.”

Joining other UCLA, Hertie School and Berggruen Institute representatives at the conference were scholars and data experts from global locations like Austria, Switzerland, Japan, Ghana and Great Britain, and U.S. institutions like Yale, Princeton, Notre Dame and Columbia. Over two days of presentations and panel discussions, they dissected the study methodology. They pondered whether a nation-level perspective is inherently superficial. And they discussed, sometimes in spirited language, whether the whole idea unfairly reflects a pro-democracy, pro-wealthy-nation Western bias.

“It was a very productive meeting that generated many important ideas,” Anheier said. “This was the first time that such a large and diverse groups of experts on global data and indicator systems met to explore how they can work together. The 2022 conference will certainly go down as a landmark event.”

The idea of measuring governance on a global scale is not new to academia, but the specific approach of the index is rooted in efforts at the Berggruen Institute that originated during a “chaotic and concerning time” for democracy in the U.S. and other parts of the world, said Dawn Nakagawa, executive vice president of the Berggruen Institute.

When the institute “began about a dozen years ago, it was with the idea that we will work on issues of governance, because governance matters,” said investor and philanthropist Nicolas Berggruen during a Q&A with UCLA Luskin Dean Gary Segura during the conference.

“I grew up in Europe, then I came to America, and I’ve been very lucky that I’ve been able to travel the world,” Berggruen said. “One of the things that I learned is culture and governance really make a difference to how countries progress and how citizens fare within the countries.”

Berggruen, Nakagawa, Anheier and others directly involved in the project have come to realize that trusting the data can challenge preconceptions.

At the same time, some nations with less-democratic approaches showed measurable improvements in their provision of public goods like education, health care and environmental protection, particularly in Africa.

After reading the report and exploring the data in an online platform built expressly for that purpose, Berggruen saw that reality does not always match expectations.

“At the end of the day, we almost have to take our ideological hats off and say, ‘Let’s look at the reality of the data and whether governments deliver for citizens as a service.’ And you’ve seen that, in some countries, well, they’ve done better than we would suspect from simply an ideological standpoint.”

Berggruen told the 30 invited attendees to keep in mind that “governance is not just an idea, an ideology or a system of government. We’ve learned through the index how important it is not just to have principles of governance, but also the ability to translate that into reality. That means bringing the resources to a country to execute. That means administration. It means people. It means laws. And it means a culture
at the end.”

Berggruen thanked the assembled scholars for their diligence and their sometimes-blunt analysis. “Perfecting the index is a way we can, hopefully, help countries and governments better serve their citizens.”

Watch a video highlighting the conference and its purpose

Berggruen 2022 Conference at UCLA from UCLA Luskin on Vimeo. 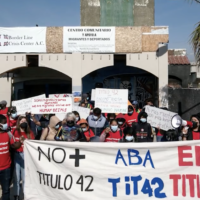 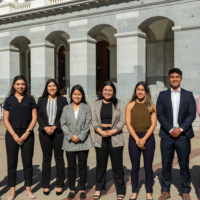 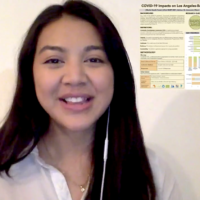 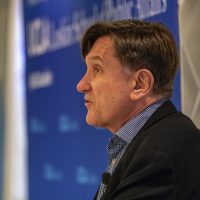 Wildfires Don’t Have to be ‘Bad,’ Author Says
0 replies

Social Welfare at 75
Scroll to top