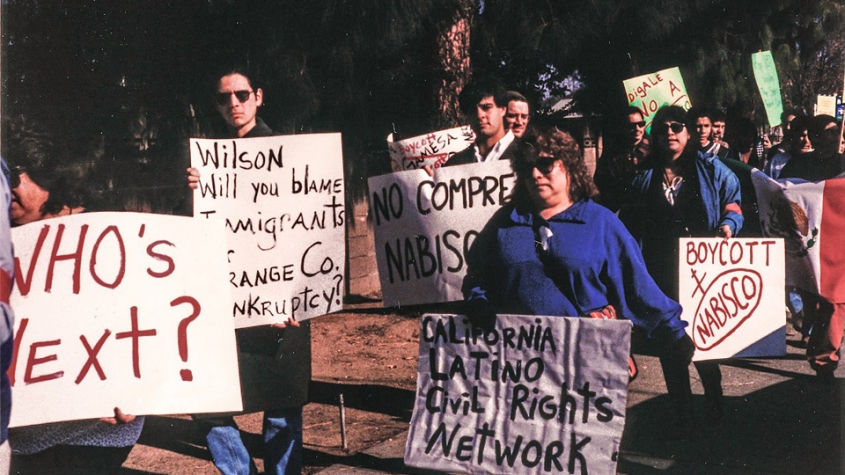 Archival photo of 1994 march against Proposition 187.

Twenty-five years after Proposition 187 was approved by California voters, UCLA’s Latino Policy & Politics Initiative (LPPI) is working to ensure that the lessons of the Latino activist movement that fought against it are not forgotten.

The 1994 ballot initiative sought to deny social services to undocumented immigrants but instead set off a political earthquake, inspiring many Latino activist leaders to make their debut in politics.

Eventually struck down as unconstitutional, Proposition 187 marked a profound turning point for Californians and yielded important lessons for other states about immigrant rights, electoral participation and collective action in the face of bigotry. 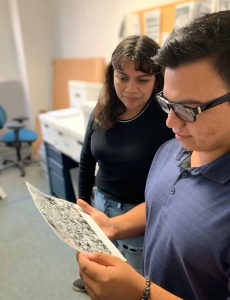 As the 2020 election and Census approach, LPPI has pledged to ensure that Latino voices and experiences remain a part of policy-making decisions across the country.

Sonja Diaz, founding director of LPPI, described the parallels between 1994 and today.

“I remember hitting a piñata of Gov. Pete Wilson at the Prop. 187 rally in downtown Los Angeles. In 2016, on my way from L.A. to Virginia for the presidential campaign, I saw Donald Trump piñatas in Arizona and Texas,” Diaz said. “The similarities between California in the 1990s and the U.S. as a whole today are unreal.”

As a founding member of the We Are CA advocacy campaign, LPPI is playing a critical role in equipping future generations of voters and leaders with accurate information and an understanding of history, she said.

For example, Diaz co-developed a middle school and high school curriculum to share the lessons of Proposition 187. The curriculum explores the impact of student protests in shaping public opinion and the role of litigation and advocacy groups like the American Civil Liberties Union and Mexican American Legal Defense and Educational Fund in helping defeat Proposition 187 in the courts.

In addition to organizing a “Rally for Our Rights” in downtown Los Angeles in November, LPPI and We Are CA have launched a project to create a documentary and media archive of the activist movement. Archival content about Proposition 187 includes articles, photos, flyers and audio recordings.

LPPI fellow Amado Castillo, a third-year undergraduate student, worked directly with the UCLA Chicano Studies Research Center to collect and digitize photos for the documentary, which will be produced by KCET.

“The effort to take away the rights of California’s immigrants more than 25 years ago continues to shape politics beyond the state to this day,” Castillo said. “UCLA, its student activists and professors have played a key role in shaping that history, and it is critical that we document that historical work to ensure that we learn from the mistakes and lessons of the past.

“Now, more than ever, we need to highlight the stories of those who experienced a political awakening as a result of Prop. 187.”

Cora Cervantes contributed to this article. 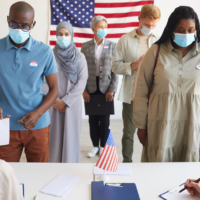 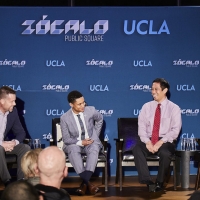