UCLA students, faculty, staff and supporters came together to welcome the university’s 2020 Activists-in-Residence at a Jan. 22 reception at the Luskin School.

This year’s activists are Elizabeth Blaney and Leonardo Vilchis of Union de Vecinos, a community-based organization that formed the first tenant union in East Los Angeles, and Jane Nguyen of Ktown for All, which advocates on behalf of Koreatown’s homeless population.

During their residencies, the three will pursue projects aimed at advancing housing justice while collaborating with UCLA faculty and students to create new models of public scholarship and engagement.

Now in its fourth year, the UCLA Activists-in-Residence Program sustains artists, advocates and public intellectuals as they pursue the demanding work of effecting social change.

“We seek to journey with social movements that are on the frontlines of struggle,” said Ananya Roy, director of UCLA Luskin’s Institute on Inequality and Democracy, which co-founded the university’s Activists-in-Residence Program with the UCLA Asian American Studies Center.

“It is clear to us at the institute that the world as we know it cannot be left intact. And the Activists-in-Residence Program is a key part of that effort,” she said.

Roy called Blaney’s work with Union de Vecinos “a radical and necessary challenge to housing policy and programs as they are currently constituted.”

In the decades since Blaney helped launch the grassroots organization in 1996, it has grown into a citywide network of neighborhood activists fighting for tenant rights and healthy communities.

During her residency with the institute, Blaney will study the structure of Venezuela’s communal councils, which promote community decision-making, to identify lessons for local organizers.

“The residency will allow us to integrate what we learn from this process into strengthening our base-building movement in Los Angeles,” she said.

Blaney and Vilchis are both co-founders of Union de Vecinos as well as the citywide Los Angeles Tenants Union. Roy called their simultaneous appointments at the institute “a beautiful coincidence.”

“We are very fortunate to have them with us for two separate residencies that are necessarily related through a shared history of community struggle in Boyle Heights,” said Roy, a professor of urban planning, social welfare and geography.

Vilchis will examine how recent victories in the Los Angeles and California housing movements are connected to the global fight for housing justice. His research will include exploring the community impacts of land reform and social housing.

“It is a great opportunity to reflect on my work and to build bridges between the community and the university, to better build a just society,” Vilchis said.

Hosted by the Asian American Studies Center, Nguyen will begin creating a grassroots coalition throughout Los Angeles that provides direct aid to unhoused residents. She will build upon her experiences as co-founder of Ktown for All as well as a leader in the advocacy groups Services Not Sweeps and Invisible People.

“We were impressed by Jane’s passion, dedication and organizing efforts to find solutions and tackle one of the most challenging and significant issues facing Los Angeles today — homelessness and affordable housing,” said Karen Umemoto, director of the Asian American Studies Center and a professor of urban planning.

“Receiving this residency means having the opportunity to fully dedicate myself to the work of building a grassroots movement throughout Los Angeles that fights for dignity and housing for all,” Nguyen said.

Her residency with the Asian American Studies Center is made possible through the Yuji Ichioka and Emma Gee Endowment in Social Justice and Immigration Studies, which honors the late UCLA scholar Yuji Ichioka and his wife, activist-scholar Emma Gee.

The Institute on Inequality and Democracy residency program is supported by a gift from the James Irvine Foundation. 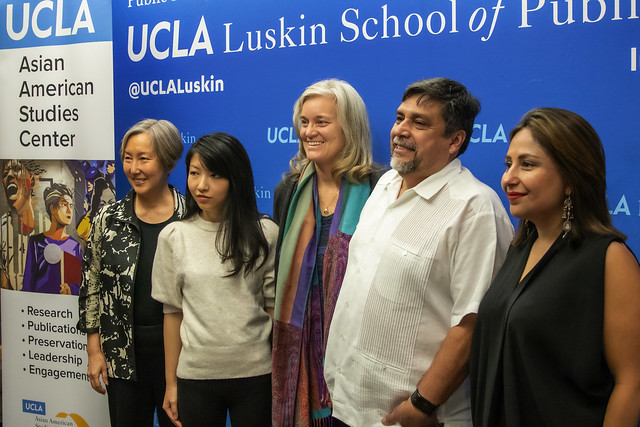