An Officer and a Graduate Student 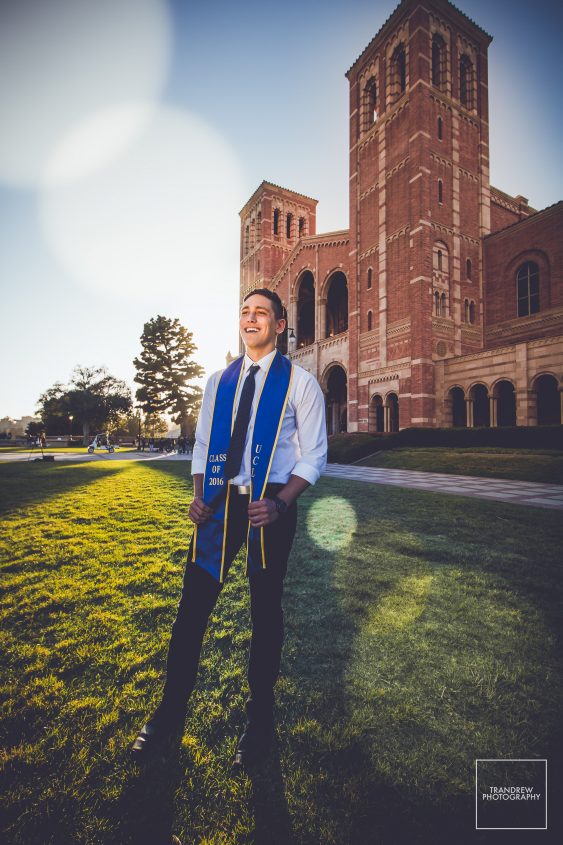 An Officer and a Graduate Student Lr. Michael Fonbuena's commitment to UCLA Luskin When second-year Public Policy student Lt. Michael Fonbuena searched for programs offered by the Navy to earn his graduate degree while continuing his career in the service, he found the Career Intermission Program and chose to attend UCLA Luskin.

The program was implemented in 2009 and gives service members the opportunity to take a one- to three-year break to pursue personal or professional growth and return to active duty following the hiatus.

Fonbuena was attracted to UCLA Luskin for its unique location and the range of policy challenges engaged by the School, as well as the interdisciplinary focus that would bridge his passion for international issues.

When he first arrived at UCLA Luskin he came in knowing what he wanted to study, but his interests quickly expanded as he was exposed to new ideas.

“I came in thinking I knew exactly what I wanted to do and what my interests were,” Fonbuena says, “but by expanding outside of my comfort zone and taking courses I hadn’t exactly intended, I have gained tremendous interest in several new topics.”

One of these new topics has been cybersecurity, and its legal implications, both within and outside of the military framework.

“Currently I am finishing a course in the Law School on cyber law and policy which has greatly piqued my interest not only in the security implications of cyber, which is of great interest to the military, but also on the legal ramifications of things we hear about on a daily basis,” Fonbuena says.

Such classes benefit greatly from students with unique backgrounds. As a sailor and a Naval Academy graduate, Michael has brought a unique viewpoint to many of his classes.

“I remember a few classes with Professor DeShazo where I felt I was able to provide insight on a personal level that some in my cohort might have found useful—specifically on the case study of the Tailhook scandal, and in general discussing what it was like working within such a large bureaucracy at the Department of Defense,” he says.

The intersection of ideas from its students with diverse backgrounds is at the center of UCLA Luskin’s mission to cultivate change agents who will advance solutions to society’s most pressing problems.

Fonbuena has benefited from this exchange, he says, and he will keep as he pursues his career.

“It really taught me that everyone brings something different to the table and can add valuable input. It’s a valuable lesson that I will take back to the Navy with me.”

Another unique resource Michael believes has helped him develop as a person and expand his knowledge of issues has been the guest speakers that come to UCLA Luskin, including former Defense Secretary Leon Panetta and former Secretary of State Madeleine Albright.

“I honestly feel that by not taking advantage of the opportunity to learn from these individuals, students are doing themselves a huge disservice, both personally and professionally,” Fonbuena says.

As his time at UCLA Luskin is coming to an end, Michael says his experience has reinvigorated him.

“My experience here has recharged my batteries and left me with a desire to utilize the tools I’ve learned to make the Navy a better organization in any capacity I can,” he says.

“I developed a diversity of thought which I lacked prior to attending Luskin, which in the future will enable me to see problems through a wider lens and make more thoughtful and diverse decisions.”