Ananya Roy, director of the Institute on Inequality and Democracy, speaks during the recent Luskin Lecture "Black, Brown, and Powerful: Freedom Dreams in Unequal Cities." Photo by Les Dunseith

The Institute on Inequality and Democracy (II&D) at UCLA Luskin has been awarded a four-year, $486,784 National Science Foundation grant.

The award (NSF BCS #1758774) will support the establishment of a research coordination network — Housing Justice in Unequal Cities — housed at the II&D at UCLA Luskin to address the housing crisis in a variety of cities in the United States and will include partnerships with key research entities in Brazil, India, South Africa and Spain.

The network will advance research on housing precarity such as evictions, homelessness and displacement, with plans to study these issues in tandem with forms of racial segregation and discrimination.

“As the recent headlines indicate, the United States is in the midst of an evictions epidemic. And yet, there is very little systematic data and data visualization on evictions and related forms of housing precarity,” said Ananya Roy, director of the Institute on Inequality and Democracy and professor of urban planning, social welfare and geography. “There is also much work to be done on conceptualizing the main instruments of displacement and evictions that are currently underway in black and brown communities.”

According to Roy, the network will fill a gap in research by systematically analyzing community and policy responses that seek to create housing access and housing justice through legal frameworks, cooperative models of land and housing, and collective action (e.g. rent control, community land trusts). An important aspect of the project is its coordination at the intersection of social movements, universities and policy. Paying close attention to housing movements and policy interventions, the network will synthesize the primary modalities of housing justice and its conceptual underpinnings into a housing justice handbook that will be broadly disseminated.

“A global and comparative approach is important because there are important lessons to be learned from housing research in other parts of the world, including sophisticated conceptualizations and measurements of displaceability,” Roy said. “Similarly, there is much to be learned from housing movements in different parts of the world and how they have been institutionalized in progressive forms of urban planning and policy change.” 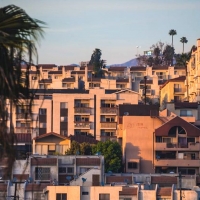 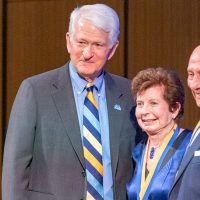 Does a Minimum Age for Juvenile Court Jurisdiction Protect Children?
Scroll to top