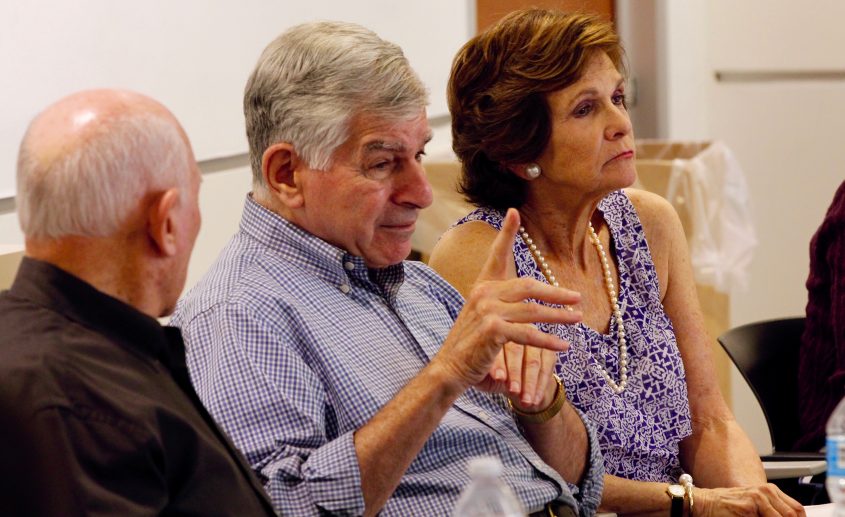 As the presidency of Donald Trump enters its third month, former Massachusetts governor and Democratic candidate for president Michael Dukakis says he’s seen this before.

At an annual luncheon held in his honor, Dukakis shared his thoughts on the current state of American politics at a roundtable discussion with Luskin faculty and staff.

Dukakis began his discussion of the Trump Administration by drawing a parallel between Trump and Edward J. King, Dukakis’s challenger in the 1978 gubernatorial primary in Massachusetts.

“This guy came out of nowhere, using the same kind of approach and appeal that Trump has,” Dukakis said. “Fortunately, we do have a political system that tends to respond over time very wisely.”

Dukakis teaches courses each winter quarter at the UCLA Luskin School of Public Affairs — a post he’s kept for 21 years. This year, he taught a graduate level course on Institutional Leadership and Public Management.

Public Policy Department Chair Mark A. Peterson introduced Dukakis at the farewell luncheon on March 16, 2017, noting that this year’s installment of the luncheon had an added element of a full roundtable discussion.

“We always have our regular conversation where Mike offers various insight. This time I gave him homework,” said Peterson, who asked Dukakis to frame his conversation around the initial impact on American politics of the Trump administration.

“At this moment in time in the United States, we’re experiencing an unusual model of executive governance and legislative leadership,” Peterson said. “I wanted to ask Mike, who has experienced a lot in that kind of role, to give us kind of a master class.”

Dukakis discussed his take on a variety of policy issues the Trump administration will likely tackle, and expressed his concern over the president’s ability to handle foreign policy issues.

“If he can tell me what we’re doing in Syria, let me know,” he said. “It seems like a mindless running around — where are we going?”

Dukakis, a Democrat, also shared his thoughts regarding the state of the Democratic Party, which controls neither the presidency nor Congress.

“My party’s got to start getting its act together,” he said, noting that he had faith in newly elected Democratic National Committee Chairman Tom Perez. “I think he [Perez] clearly understands that we’ve got to get off this red-blue narrative … this has got to be a 50-state push.”

When asked about his thoughts on President Trump’s ability to govern, given the current structure and membership of the White House staff, Dukakis referred to a quote from longtime friend Gordon Chase, former administrator of New York City’s Health Services Administration.

“He used to say ‘There are three important things in leadership for the public sector: people, people and people,’” Dukakis said. “So much of this has to do with quality and caliber and political skill of the folks you surround yourself with. This guy has got a bunch of characters who are clearly at each other’s throats for reasons I don’t quite understand.”

Among the most concerning for Dukakis is the president’s chief strategist, Steve Bannon, whose rhetoric on immigration comes off as hypocritical, Dukakis said.

“If any ethnic group in this country ought to understand what it’s like to be a reviled immigrant community, it’d be the Irish, because they were,” he said, pointing out Bannon’s Irish heritage. “Working class anti-Catholics won every office in Massachusetts in the 1850s in the Know-Nothing party. Sound familiar?”

Dukakis went on to note that the “competent” parts of the administration were coming from the “more conventional” politicos and Washington insiders on the president’s team, including military leadership. 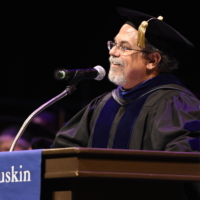 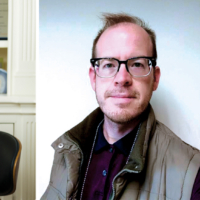