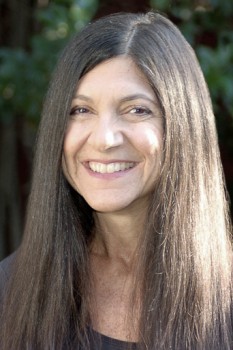 Jorja Leap has been a member of the UCLA faculty since 1992.

As a trained anthropologist and recognized expert in crisis intervention and trauma response, she has worked nationally and internationally in violent and post-war settings. Dr. Leap has been involved with training and research for the United Nations and the Organization for Security and Cooperation in Europe as part of post-war development and conflict resolution in Bosnia and Kosovo.

Closer to home, she worked with the families of victims of the 9/11 WTC disaster. Since that time, Dr. Leap has focused on gangs, youth development, juvenile and criminal justice, and reentry at the local, national and international level.  In 2011, Los Angeles Magazine named her one of five “Action Heroes” and in 2012 she was listed as one of the “50 Most Influential Women in Los Angeles.”  At UCLA in 2012, she was the recipient of the Joseph A. Nunn Alumnus of the Year Award.

Dr. Leap’s research examines gangs, high-risk and system-involved youth, prison culture and the dilemmas faced by the formerly incarcerated working to reenter mainstream society. Her current work is ethnographically driven and community based — designed to inform policymakers and practitioners through rigorous research and evaluation-based knowledge and evidence. As part of these efforts, Dr. Leap is currently the Clinical Director of the Watts Regional Strategy and a member of the California Board of State And Community Corrections (BSCC) Gang Standing Committee.  She also serves as an advisor to the Los Angeles Unified School District Safety and Violence Prevention Executive Advisory Committee. As part of the Advancement Project, Dr. Leap helped to organize and establish the Violence Reduction Applied Research Group and now serves on the AP-Los Angeles County Probation Data Project Research Roundtable. Additionally, Dr. Leap is affiliated with The California Endowment, working as an Evaluation and Learning Specialist for its Building Healthy Communities Initiative.  Along with her efforts in Los Angeles, Dr. Leap serves as an expert reviewer on gangs for the National Institute of Justice. She has testified at local, state and federal legislative committee hearings and at numerous Congressional briefings. Additionally, Dr. Leap has spoken nationally and internationally on gang violence and youth development. She has also been appointed as an expert in death penalty sentencing hearings and has offered expert testimony in criminal cases involving youth and emerging adults.

Drawing on her expertise in qualitative research and ethnographic methodology, Dr. Leap has conducted numerous evaluations of anti-gang programs including Youth Uprising in Oakland, California and the Los Angeles Unity Collaborative Gang Intervention Program. In 2008, Dr. Leap and Dr. Todd Franke received funding from the John Randolph and Dora Haynes Foundation to initiate a two-year longitudinal evaluation of Homeboy Industries, the largest gang intervention and re-entry program in the United States, which was augmented by funding from The California Wellness Foundation and The California Endowment.  In 2010, they subsequently received funding through Los Angeles Countyto evaluate the HBI-Los Angeles County Gang Intervention and Re-entry Project. Together, these efforts will be expanded to ultimately follow the Homeboy program for five years, and will be the first longitudinal research study of anti-gang efforts ever completed.  Aligned with these efforts, in 2013 Dr. Leap traveled to Scotland to participate in the planning and evaluation of the “Braveheart Violence Intervention Program,” based on the Homeboy model, creating a learning partnership with St. Andrews University. She also is now serving as a qualitative research coordinator for the Los Angeles Mayor’s Office Gang Reduction and Youth Development (GRYD) Department.

In 2011, Dr. Leap began work on a two-year initiative funded by The California Wellness Foundation to inventory community-based efforts, conduct focused evaluation and build capacity in youth development programs throughout California. As an outgrowth of this initiative, she is now is the lead researcher on the Children’s Defense Fund Juvenile Justice Reform Policy Project.  She is also involved in research and community building efforts in South Los Angeles and is currently a lead member of the multi-disciplinary team implementing the parenting program, “Project Fatherhood,” in the Jordan Downs housing project of Watts, South Los Angeles. In addition, she serves as a member of the Jordan Downs Community Advisory Committee.  She is the also part of the UCLA research team funded by the California Community Foundation to evaluate its five year “Building a Lifetime of Options and Opportunities for Men” (BLOOM) Initiative.  As a result of this work, Dr. Leap now serves as the Director of the UCLA Social Justice Research Partnership.

Dr. Leap is the author of numerous evaluation reports, articles, book chapters as well as the book, No One Knows Their Names. She has recently completed a chapter on gang membership prevention for a book to be published jointly by the National Institute of Justice and the Center for Disease Control as well as a chapter on Gangs, Violence and Drugs for the volume, Violence: A Global Health Priority to be published by Oxford University Press.   Her newest book, Jumped In:  What Gangs Taught Me about Violence, Drugs, Love and Redemption was published by Beacon Press in March 2012.  All proceeds from this book will go to Homeboy Industries.  Dr. Leap is currently writing her next book, focusing on Project Fatherhood and the Watts community.

Downloads and other Links: