That was the call by organizers of J18, a daylong exercise of teaching and learning at UCLA, as a response to the uncertainty and fear of many people surrounding the transfer of power to a new U.S. administration.

The Jan. 18, 2017, event, positioned between Martin Luther King Jr. Day and the presidential inauguration, was planned as “an opportunity to mobilize the power of knowledge and the creativity of the arts” to challenge the new administration and its stated ideals, said Ananya Roy, director of the Institute on Inequality and Democracy at the UCLA Luskin School of Public Affairs and lead organizer of an evening event titled “From the Frontlines of Justice.”

There is “new, powerful work to be done” said Peter Sellars, a UCLA professor of World Arts and Cultures and director of opera, theater and film. Photo by Yasaman Boromand

“The politics of exclusion and isolation are all around us,” Roy told the overflow audience at UCLA’s Ackerman Grand Ballroom in her opening remarks. “Here in the United States … we face the systematic dismantling of environmental regulations, of newly won labor rights, hard-won civil rights, of the first scaffolding of national health care and the last vestiges of social protection,” she said, adding that the purpose of the evening was to “learn to listen and reflect and to do so with love and respect.”

And the J18 call was heard, said Roy, who is also a professor of Urban Planning and Social Welfare at the Luskin School. “J18 is made up of a multitude of actions, teach-ins, discussions, performances, rallies — nearly 100 of them — from American University to UC Santa Cruz, from Rome to Singapore, here in L.A., at Skid Row, at CalArts, Cal State LA, Caltech, USC and of course here at UCLA,” she said. With a smile, she added that her favorite J18 event was Elementary School Kids for Equality, which organized a march at UCLA “complete with music, fun … and snacks.”

Patrisse Cullors, UCLA alumna and co-founder of #Black Lives Matter, started by checking in with the audience in anticipation of the political transition two days away. “How ya doing? How are you coping?” asked the artist, organizer and founder and board member of Dignity and Power Now.

Jeff Chang, a cultural critic who writes about race, music and politics and is executive director of the Institute for Diversity in the Arts at Stanford University, said, “We’re weary, we know of the fight ahead, and it’s having to demand our place in the world again.” The co-founder of CultureStr/ke and ColorLines said his most recent work has included writing about cycles of crisis.

“When it comes to race in this country we seemed to be to caught in this permanent cycle of crisis,” Chang said. “It’s like climate change, the cultural wars — they seem to be an enduring feature of our daily lives. It’s a permanent fog that covers everything.”

Peter Sellars, a UCLA professor of World Arts and Cultures and director of opera, theater and film, said that there is “new, powerful work to be done,” describing the challenge as a “new discipline,” while reminding everyone that “none of this started a few weeks ago.”

The MacArthur Fellowship recipient said, “It’s time for a new set of solidarities and for actually crossing the line,” adding that while others may have voted a different way and might hold “very scary ideas,” the point is “not to mirror back the demonization.” Instead, “the point is to insist on equal humanity, and that means equal humanity of people who disagree with you on absolutely everything.”

Migrant and activist Ilse Escobar’s presentation started with her own emotional and harrowing story, one she said represents many who like her were not born in the U.S., and whose futures have always been uncertain but may be in jeopardy now.

The UCLA alumna spoke of her own experience crossing as a child into the United States to escape abject poverty. “I remember walking the border with my mom and my sister … I remember getting into the trunk of the car and coming here and starting kindergarten and knowing illegality intimately … 5 years old knowing I had a secret to hide.”

She recalled applying for college without a social security number, being accepted and not being able to pay for school.

And, while gains were made during the previous administration, she said that the fear of deportation has always been there and remains. “So I knew then, as a conscious political being, that what really mattered was organizing, that I could come back here to my comrades that are here in the room and work some of that out and figure out what to do next.”

In addition to the messages shared in words, song and dance, the audience of students, faculty, organizers and advocates also viewed a video narrated by Roy titled “3 Truths About Trumpism,” which Roy begins with the definition of “post-truth,” the Oxford English Dictionary’s choice for 2016 word of the year.

“Truth is out of fashion. Truth is past its expiration date,” Roy says in the animated feature that has already been viewed thousands of times online.

The J18 message was also delivered through performances, including the poetry of feminist, essayist and poet Erika L. Sánchez, the daughter of undocumented Mexican immigrants, and Bryonn Bain, artist/activist and creator of “Lyrics From Lockdown,” who pumped up the audience with presentations of spoken word and powerful lyrical performances accompanied by bass and cello. Concluding the program was hip-hop artist Maya Jupiter, whose rousing musical performance included a song with a refrain that effectively summarized the evening: “They tried to bury us; they didn’t know we were seeds.”

Roy said that J18 is meant to go beyond the one evening. As a collective endeavor, “J18 is both a platform of interconnection and solidarity,” Roy said. “It will be up to all of us to put it to good use in the coming months and years.

“Our J18 call is an insistence that places of teaching and learning will not bear silent witness, that we will stand up for those among us who are the most vulnerable that we will defend the academic freedom to examine with courage the stockpiling of wealth and power,” Roy added. “That we will not be bullied into quiet acquiescence with ignorance, hate and fear.”

The crowd included Lolly Lim, a first-year master of urban and regional planning student at the Luskin School who was also among a packed classroom for an earlier J18 event at the Luskin School — an exercise on “Envisioning Compassionate Cities.” The session included collaboration between students and faculty from the Department of Urban Planning.

Urban planning student Lolly Lim listens as faculty members talk about the need for planners to be inclusive of all types of people. Photo by Les Dunseith

In the exercise, Lim and the other students were asked to imagine what future cities might look like, what social justice values they would encompass and what problems they would solve. Ideas generated by the exercise were grounded in a working definition of compassion — “the response to the suffering of others that motivates an actual desire to help.”

Lim said she appreciated the opportunity to sit at the same table with faculty and work on the problems together.

As part of the session, the students and faculty participated in a thought exercise to “remember when” — looking back from a future reference point — and framing aspirational ideas such as “remember when we all got along, everyone had free healthcare, everyone had access to food and all people were safe in cities and no individuals were dispossessed?” Questions such as how to make cities “spaces of hope” and how to “prototype radical ideas” were brought up as work groups focused on imagining alternate visions of urban space.

The students’ ideas of the future were generated on multicolored post-it notes, represented graphically on paper and in three dimensions. Mukhija said that he hoped that the exercise would serve as inspiration for further exploration of these topics in similar future events. 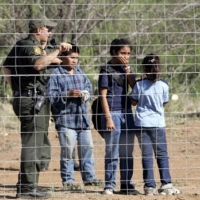 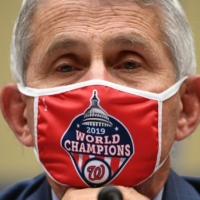