Spring Issue Of ACCESS Magazine Now Available This issue of ACCESS Magazine covers all kinds of transportation: airplanes, cars, public transit, and running. There’s even a nod to ice-skating.

If you were a hybrid vehicle owner and you were driving down the freeway, would you know the best time to use gas and the best time to use the battery? Probably not, and most hybrid cars don’t know either. In fact, most plug-in hybrids just deplete their battery completely before switching to gas, which is actually an inefficient use of energy.

In “Going the Extra Mile: Intelligent Energy Management of Plug-In Hybrid Electric Vehicles,” Kanok Boriboonsomsin, Guoyuan Wu, and Matthew Barth explore how hybrids can better manage battery use to get an extra five to ten miles out of each gallon of gas. By incorporating real-time information on where a car is, where it’s going, traffic levels, incline, and a host of other variables, an intelligent management strategy can save fuel and reduce emissions by 10 to 12 percent.

Imagine you’re at the airport and the security checkpoint is crowded. You finally reach your gate but your flight is delayed because the runway is full. “Why don’t they build more runways?” you ask, but maybe that’s not the right question.

In their article, “Manage Flight Demand or Build Airport Capacity?” Megan Ryerson and Amber Woodburn discuss two ways to manage air traffic congestion: adding runways or shifting flights through demand management. Often local governments and airport authorities think that airport expansion equates to economic development even though there is little research to back this theory. Meanwhile, demand management strategies, like congestion pricing, aren’t even considered as an option to reduce air traffic congestion. Why is this the case — and should our priorities change?

Does living in a wealthier area mean you’ll get a better job? Or any job? The Moving to Opportunity (MTO) Program was an experiment that provided housing vouchers to low-income households, some of whom had to use the vouchers in wealthier neighborhoods. The research showed, however, that the location of the housing vouchers had no effect on employment. So what did affect employment?

In “A Driving Factor in Moving to Opportunity,” Evelyn Blumenberg and Gregory Pierce show that employment in the MTO program was affected most by access to transportation. They discovered that, while transit access was associated with maintaining employment, having a car was associated with maintaining and even gaining employment over time. The results suggest that policies to promote car access may be the best way to connect low-income workers with jobs.

Have you ever seen a moose hitching a ride so that he could continue roaming several miles from where he started? Neither have I. But when governments approve transportation projects, they often offset the environmental costs by preserving dispersed tracts of land, sometimes hundreds of miles from each other. Instead of preserving several pieces of land in different areas, wouldn’t it be better to preserve large connected expanses?

In their recent article, “Investing in Transportation while Preserving Fragile Environments,” Martin Wachs and Jaimee Lederman discuss regional mitigation efforts through the use of Habitat Conservation Plans (HCPs). HCPs include a list of transportation projects, their potential biological impacts, and ways to mitigate such impacts on a broad scale. By bundling mitigation requirements, transportation projects can save time, money, and habitats.

Cutting the Cost of Parking Requirements

How many parking spaces should be required for each house? Each restaurant? Each zoo? Most developers have to adhere to “minimum parking requirements,” but those requirements are often created without any research into what the market actually demands.

There’s a way to get to work that actually reduces your stress levels, has no traffic, and lets you skip the gym at the end of the day. We’re talking about the latest — and sweatiest — trend in commuting: the run commute.

In his article, “Running to Work,” Robert Cervero explores this new form of active travel that’s taking congested cities by storm. But what would make someone want to run all the way into work? In a survey of run commuters ¾ and by trying it himself ¾ Cervero finds that these vehicle-less travelers benefit most from being outdoors, reducing stress, cutting down on costs, and saving time by exercising during their commute. Of course, there are challenges as well, such as the logistics of getting clean clothes to the office. But if employers can help encourage run-commuting with some on-site showers and a free breakfast, their employees will be healthier for it. 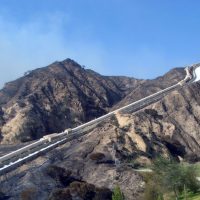 Study Explains Link Between Heavy Alcohol Use and Suicides During Economic ...