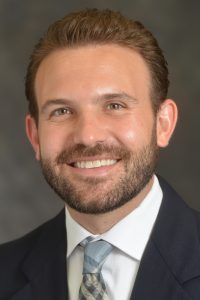 A policy brief published by the Southern California HIV/AIDS Policy Research Center confirms that safer drug consumption sites can reduce the risk and incidence of HIV and Hepatitis C infection.

Given that the risk factors presented by the opioid epidemic and increased intravenous drug use overlap substantially with risk factors associated with higher rates of HIV transmission, the policy brief clarifies the state of research pertaining to both epidemics. It identifies Californians that are impacted by and at greater risk of both intravenous drug use and HIV infection, and reviews research evidence for how safer drug consumption sites may be a key HIV prevention tool.

“Evidence shows that the HIV and opioid epidemics dangerously intersect,” said lead author Robert Gamboa, a Master of Public Policy (MPP) student at the UCLA Luskin School of Public Affairs. “Because of this relationship, the evolving frontier of HIV prevention must consider implementing safer drug consumption sites as an effective strategy. This intervention has the potential to prevent the further spread of HIV and other blood borne diseases while also saving lives from opioid overdose.”

Key findings of the report:

Should state legislation clear the way for California to implement the strategy statewide, research supports the inclusion of broad HIV prevention and treatment services at local sites. To access the full report, visit www.chprc.org.