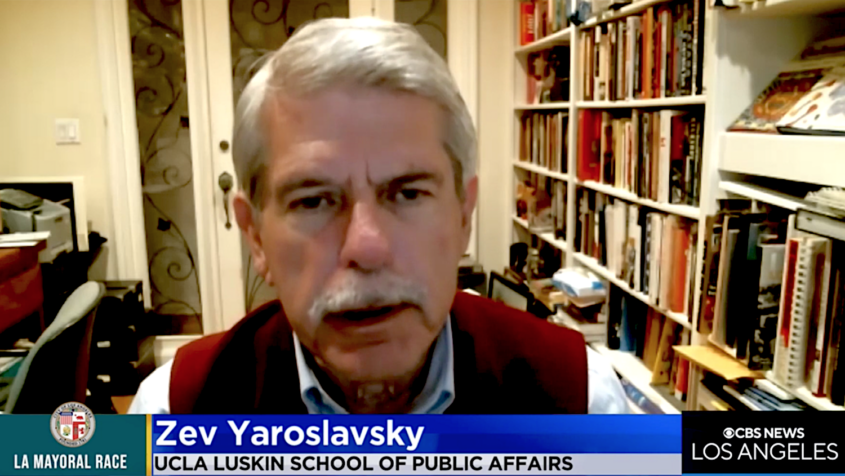 Zev Yaroslavsky, director of the Los Angeles Initiative at UCLA Luskin, spoke to CBSLA News about a new poll showing Rick Caruso and Karen Bass leading the pack in the contest to become Los Angeles’ next mayor. After an early media blitz, Caruso’s poll numbers have tripled, with 24% of respondents expressing their support, just ahead of Bass’ 23%. Yaroslavsky said the trajectory of the race will shift as other candidates step up their marketing campaigns. “Karen Bass hasn’t been on television at all. Kevin de León can’t be discounted, hasn’t been on television at all. … So, it will change, I’m sure, in the weeks ahead,” he said. The race also stands to tighten as undecided voters make their choices as the June 7 primary nears, he said. “Most people don’t know all that they want to know about the candidates. Forty percent don’t know enough to make a decision at this point or they are withholding their judgment until they hear more.”