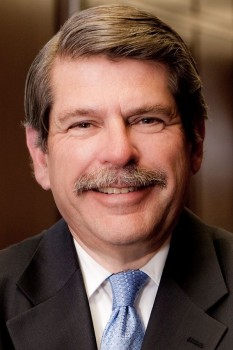 During a career in public life spanning nearly four decades, Zev Yaroslavsky has been at the forefront of Los Angeles County’s biggest issues, including transportation, the environment, health care, and cultural arts.  He has been a pioneering advocate for the region’s homeless population and has played a key role in efforts to reform the county’s law enforcement agencies.

Mr. Yaroslavsky was first elected to office in 1975, stunning the political establishment by winning the Los Angeles City Council’s coveted 5th District seat at the age of 26.  He honed his fiscal skills as chairman of the Council’s Finance Committee and earned a reputation for being unafraid to tackle controversial issues, including the Los Angeles Police Department’s use of excessive force and its improper spying on law-abiding residents.  He authored two landmark ballot initiatives, one which cut in half the size of new commercial developments near residential neighborhoods in the City of L.A., and the other which banned oil drilling along the city’s coastline.

In describing Mr. Yaroslavsky’s City Hall tenure, the Los Angeles Times wrote that he “was more often than not a dominant player in virtually every municipal initiative of note since he joined the City Council.”

In 1994, Mr. Yaroslavsky was elected to the five-member Los Angeles County Board of Supervisors, representing the western part of the county and a constituency of two million people.  He served five terms as the Board’s Third District representative.  Because of term limits, he retired from office on December 1, 2014.  Supervisor Yaroslavsky’s award-winning website, which ran from late 2009 until the end of his term, including blog entries and feature stories on County issues, programs and personalities, can be accessed here.

As a member of the Board of Supervisors, Mr. Yaroslavsky quickly emerged as a leader on fiscal, health care, transportation, cultural and environmental matters.  He authored several landmark ballot initiatives:  the 1996 park bond, which resulted in the preservation of a broad swath of rural open space and the development of urban parks throughout the county, and the 2002 trauma tax, approved by more than 73% of county voters—a measure credited with saving two public hospitals from closure and keeping the county’s emergency services intact.

Mr. Yaroslavsky was the driving force behind several major transit projects, including the hugely successful Orange Line busway across the San Fernando Valley, the Exposition Light Rail line from downtown to Santa Monica which will be completed at the end of 2015, and the subway—Purple Line—extension from Western Ave. to West Los Angeles which broke ground in 2014.

After the closure of Martin Luther King, Jr. hospital in south Los Angeles, Mr. Yaroslavsky proposed a partnership between the University of California and Los Angeles County upon which the recently re-opened hospital was modeled.  Mr. Yaroslavsky also launched the building of three innovative school-based health clinics in largely working-class neighborhoods where many residents are living below the poverty line and rarely seek medical attention.  He also led the effort to provide permanent supportive housing for thousands of homeless persons who’ve been identified as most likely to die if they remained on county streets.

During his public service career, Mr. Yaroslavsky was the county’s leader in the cultural arts.  The Los Angeles Times said of him before he retired, “It would be hard to find another major politician anywhere in the entire country with Yaroslavsky’s record for outright arts support and achievement.” He championed efforts to rebuild and modernize the world famous Hollywood Bowl amphitheater and was instrumental in the development of architect Frank Gehry’s iconic Walt Disney Concert Hall, home of the L.A. Philharmonic Orchestra.  He has also funded major investments in the County Museum of Art, the Museum of Natural History and the San Fernando Valley Performing Arts Center.

Mr. Yaroslavsky is also credited with playing a leading role in the sweeping reforms of the Los Angeles County Sheriff’s Department.  He is responsible for the creation of the Citizen’s Commission on Jail Violence in 2011 which recommended dozens of measures to restore constitutional policing and integrity to the Los Angeles County Sheriff’s Department and its jails.

Apart from his responsibilities as an elected official, Mr. Yaroslavsky has long been associated with the National Democratic Institute (NDI), a non-governmental organization headquartered in Washington, D.C., that promotes the development of democratic institutions in burgeoning democracies.  He has monitored five elections for NDI:  Romania (1990), Mexico (2000), Ukraine (2004), and Nigeria (2011 & 2015).  He has conducted seminars on local government finance and democratic institution-building in Russia, Ukraine, Turkey and Bosnia/Herzegovina.

Mr. Yaroslavsky was born and raised in Los Angeles and earned an M.A. in British Imperial History and a B.A. in Economics and History, both from UCLA.  He is a graduate of Fairfax High School in Los Angeles.