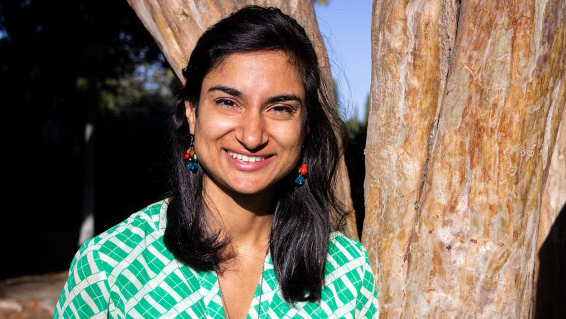 From May 1983 though June 2003, she was Director of Finance/City Controller for the City of Santa Monica, California.  She retired in July, 2003. She served as president of the League of California Cities Fiscal Officers Department during FY 2000/2001. She was on the Board of Directors of the California Society of Municipal Finance Officers (CSMFO), and she is a Past President of the statewide Utility Users Tax Technical Task Force (UUTTTF), an association of 155 California cities and counties, which was formed under the auspices of the League of California Cities and the California State Association of Counties to provide “best practices” guidance to achieve common and consistent application of the Utility Users Tax throughout the state.  The UUTTTF used a collaborative, consensus-building negotiation process involving broad based participation of private sector utility providers and member public agencies.  Due to this innovation, the UUTTTF was awarded the League of California Cities 2002 Helen Putnam award for excellence in intergovernmental relations and grass roots advocacy.

Michelle studied under Professor A.G. Ramos at the University of Southern California and assisted him in the preparation of his book, The New Science of Organizations: a Reconceptualization of the Wealth of Nations.  She has published in Administration & Society, the National Tax Journal, and most recently (2006) her article “Beyond ‘Root’ and ‘Branch’: Towards a New Science of Policy Making” was published in Brazil in the book Politicas Publicas E Desenvolvimento, Bases epistemologicas e modelos de analise [Public Policy and Development: epistemological grounds and frameworks for analysis]. She has taught public administration at the University of Southern California, the Universidade Federal De Santa Catarina, Brazil, and at the Luskin Public Policy Graduate School at UCLA (2004- 2013).  She has a BA in Political Science (1964) and an MPA (1965) from UCLA, and completed all requirements except dissertation for a doctoral program in Public Administration at the University of Southern California (1981).  She has presented at international Government Finance Officers Association (GFOA) conferences, state CSMFO conferences and seminars, and numerous other issue specific conferences.

In 2001, Ms. Dennis was among the first group nationally to receive the Certified Public Finance Officer (CPFO) certification from the Government Finance Officers Association (GFOA). Michelle Dennis is transgender and formerly was Charles M. (Mike) Dennis.