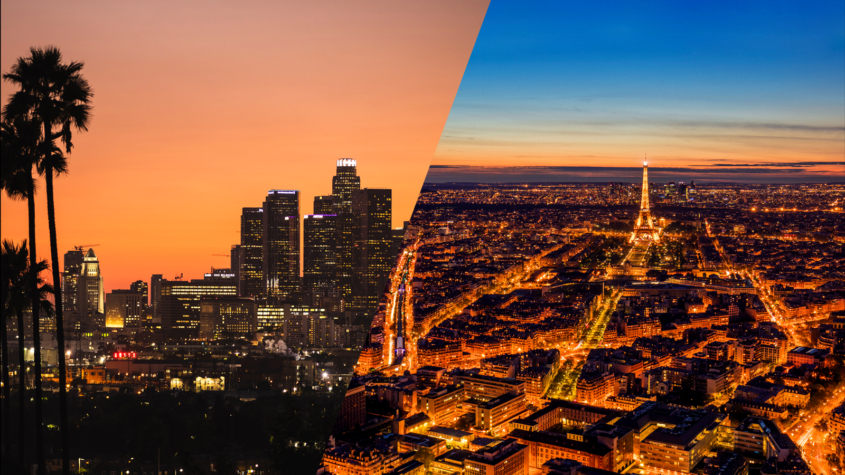 The first students in the dual-degree program will begin taking UCLA-based courses this fall, receiving instruction in development and design, with an emphasis on social, environmental and racial justice. In the second year of study at the Urban School at the Paris campus of Sciences Po, classes taught in English will focus on a comparative and critical approach to public administration and the social transformation of cities.

Graduates will earn a Master of Urban and Regional Planning from UCLA Luskin and a Master of Governing the Large Metropolis from the Urban School.

Chris Tilly, professor and chair of UCLA Luskin Urban Planning, pointed to strong interest in the program, which had more than 30 applicants from around the world in its first year. Nine will start this program this fall.

“That was great news. Because we just announced the program on Dec. 1 and applications closed Jan. 31 — it was a narrow window — so we weren’t sure how much of a response we’d get,” he said.

“There’s a lot of people in the program interested in working globally, but there are also people who are saying, ‘I want to study globally in order to solve problems in Detroit, or here in Los Angeles, or in my home country,’” Tilly said. The majority of admitted students are from the United States, but “one person we admitted from Nepal wants to solve problems in Katmandu.”

A different student in the program already has studied in Australia, London, Berlin, Vienna and Seoul, whereas another has received all of his education in California. “So, there are people who have already had experiences spanning the globe and people who are really trying to expand their horizons,” Tilly said.

At UCLA Luskin, dual-degree students will have access to the same range of classes as other first-year enrollees, Tilly said. He also noted, “We had a record number of applicants to the Master of Urban and Regional Planning program, more than twice as many as we have ever gotten before.”

Students in the new program will have the benefit of a global experience, Tilly said, but their interests are similar to other planning applicants — housing, labor and economic opportunity, downtown development, transportation systems.

The alliance between UCLA Luskin Urban Planning and the Urban School began in 2016 with the launch of a quarter-long student exchange program. Building on that relationship, a team from UCLA Luskin advocated for the dual degree, which required approval from UCLA and the UC Office of the President. Faculty advocates included Professor Michael Storper, who holds appointments at both UCLA Luskin and Sciences Po; Associate Dean and Professor Anastasia Loukaitou-Sideris; and Vinit Mukhija, professor and former chair of Urban Planning.

The mid-career EMPA focuses on working professionals seeking a degree from UCLA Luskin to advance their careers.

The graduate degree is still in the planning stages. If approved, it will focus on leadership and management. Participants will gain expertise in a broad range of public affairs issues.

With hopes of debuting in fall 2023, the program will be governed and administered by the faculty. The committee overseeing the approval process was led by Public Policy Professor Michael Stoll, working with Tilly and Alfreda Iglehart, associate professor of social welfare.

The program, which is expected to be financially self-sustaining, will consist of three quarters of study, plus two summer components — one before and one after the standard academic year, Stoll said.

“The EMPA will be a hybrid program, including online coursework, that will allow students to continue working during the regular year,” he said.

Thirty percent of the course units (12 of 40) will be online, providing flexibility for working students, with in-residence quarters providing the benefits of face-to-face interactions.

Summer sessions will feature two weeks in residence, plus online offerings. During the standard academic year, EMPA students may join other students on campus or learn remotely.

The program will build upon students’ previous work experience in government, the nonprofit sector, military service or the private sector, either in the United States or abroad.

“I think one of the important things we wanted to do with this program is look outside the 18-to-24-year-old age range,” said Assistant Dean Julie Straub. “We’re looking for a mid-career professional, probably someone five to seven years into their current position, who is looking to advance within their organization into management levels,” she said.

“One thing we are really going to focus on in this program is including classes that meet our strong points — to go with Luskin’s strengths across our three departments,” Straub emphasized. “It will really focus on the core tracks that we currently teach.”

The first cohort is expected to consist of about 30 students, with an expected five-year cap of about 40-50 students.

“We want it to feel like a tight-knit group, teach them what we do best and get them to be Bruins,” Straub said. 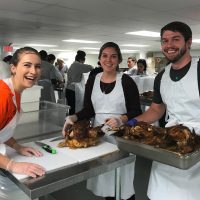 Student Volunteers Give Back, One Turkey Leg at a Time 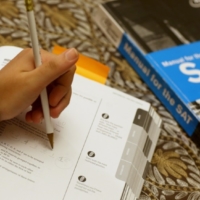 Reber Debates Future of SAT and ACT in Admissions 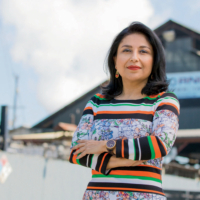 From Professional Skateboarder to Urban Planner
Scroll to top