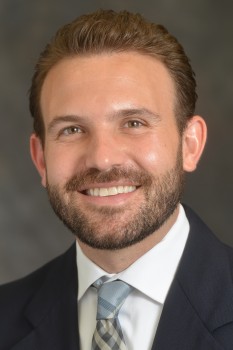 Ian W. Holloway, PhD, LCSW, MPH is a licensed clinical social worker and professor of social welfare in the UCLA Luskin School of Public Affairs. Professor Holloway’s applied behavioral health research examines the contextual factors that contribute to health disparities among sexual and gender minority populations. He is an expert in social network analysis and is particularly interested in how social media and new technologies can be harnessed for health promotion and disease prevention. Dr. Holloway has been a principal investigator on research studies funded by the National Institute on Drug Abuse, the Department of Defense, and the California HIV/AIDS Research Program. He currently directs the Southern California HIV/AIDS Policy Research Center, which brings the most relevant and timely evidence to bear on California’s efforts to develop and maintain efficient, cost-effective, and accessible programs and services to people living with or at risk for HIV/AIDS.