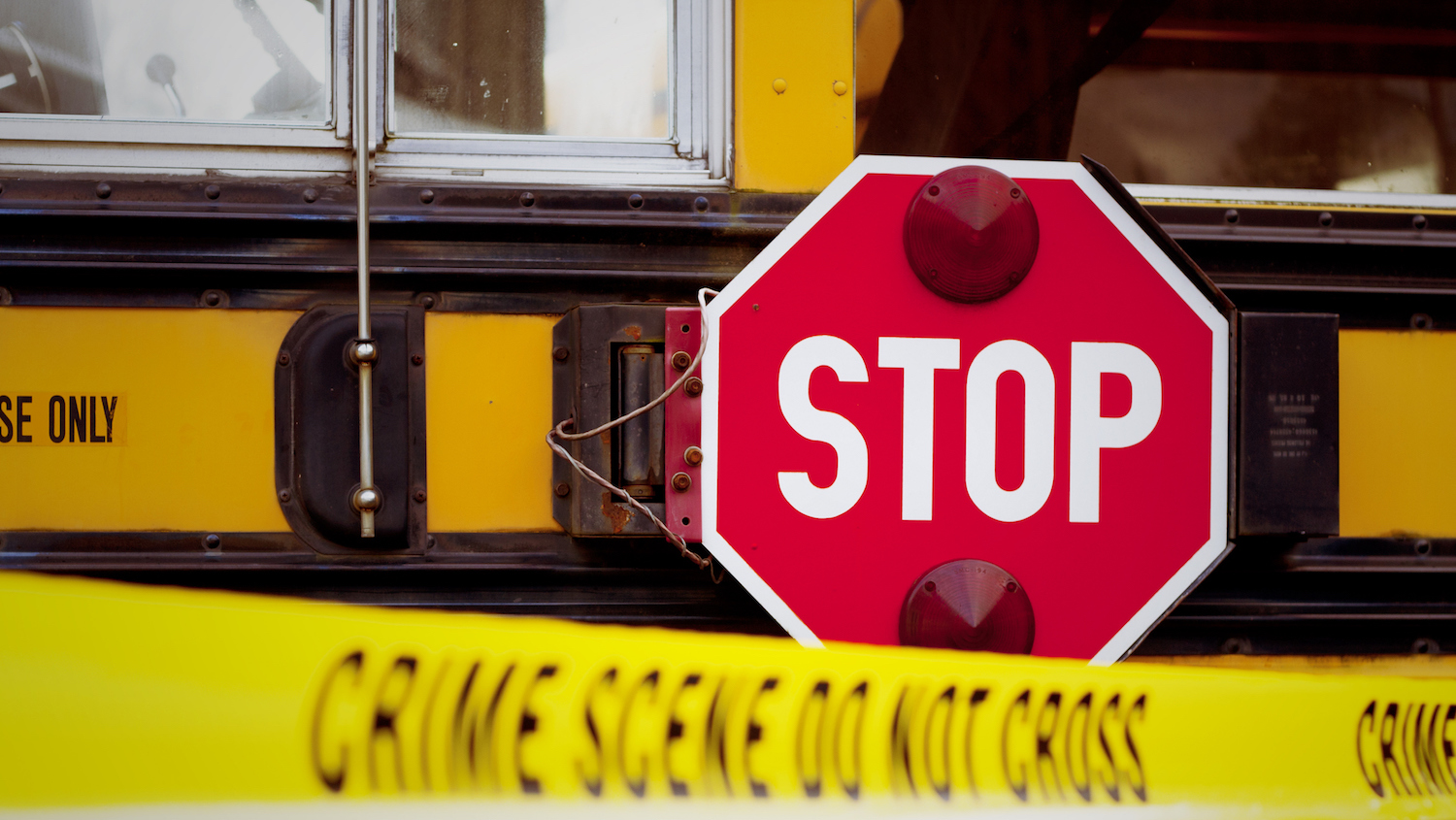 A nationwide coalition of scholars who have conducted decades of research into school safety has issued an eight-point plan for immediate government action to reduce gun violence. The coalition, including Ron Avi Astor, a professor of social welfare and education at UCLA, called for a comprehensive public health approach to gun violence that is informed by scientific evidence. The recommendations come days after a shooting rampage at an elementary school in Uvalde, Texas, left 19 children and two teachers dead. “The recent mass shootings across the country are another painful reminder of failed efforts to stop the kind of gun violence that occurred at Sandy Hook Elementary School nearly 10 years ago,” according to a statement by the coalition known as the Interdisciplinary Group on Preventing School and Community Violence. The researchers called for a new mindset that prioritizes prevention over reaction. “A focus on simply preparing for shootings is insufficient,” they said. “Prevention entails more than security measures and begins long before a gunman comes to school.” Several of the recommendations focus on limiting access to firearms, including a ban on assault-style weapons and comprehensive background checks for gun buyers. The coalition also calls for a national program to train culturally proficient crisis intervention and threat assessment teams at the school and community level, as well as a requirement that schools assess their learning environments to ensure that they are physically and emotionally safe. “It is time for federal and state authorities to take immediate action to enact these proposals,” the coalition said. “We contend that well-executed laws can reduce gun violence while protecting all constitutional rights.” 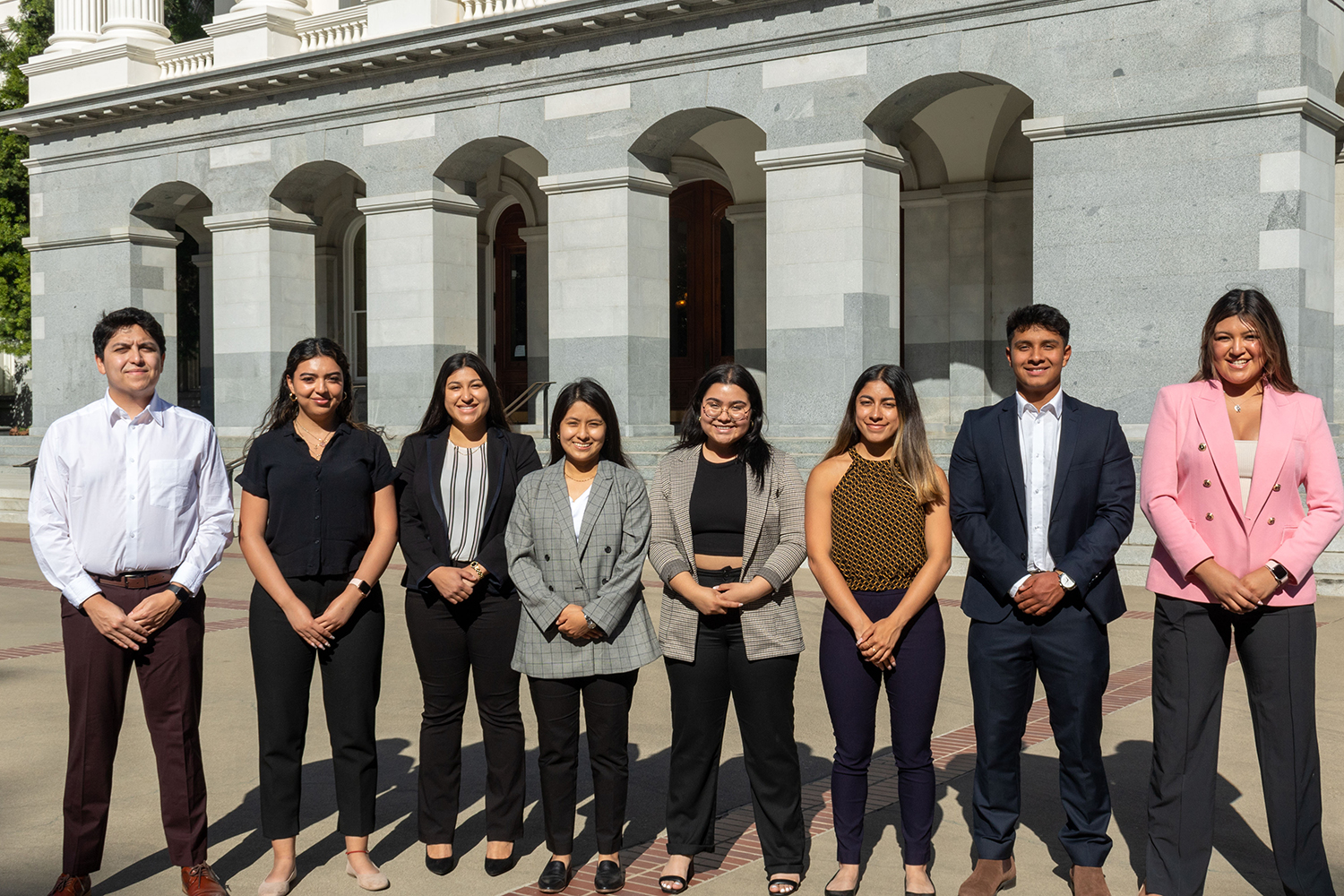 Policy fellows from the UCLA Latino Policy and Politics Initiative (LPPI) recently traveled to Sacramento to gain experience in direct advocacy with the California Legislature. During three days from May 2-4, they presented LPPI research, proposed bills to lawmakers, and met with key policy stakeholders and governmental agencies. The trip culminated in a policy briefing luncheon hosted by LPPI experts. Silvia R. González, Yohualli B. Anaya and Misael Galdámez provided lawmakers with an in-depth look at new research and data insights on housing insecurity, inequities in access to telehealth, the impact of COVID-19 on higher education outcomes and other issues affecting California’s varied Latino communities. Fellows also met with legislators in their Capitol offices to advocate for bills on topics ranging from alternatives to incarceration to Cal Grant system reform. Policy fellows and Deferred Action for Childhood Arrivals (DACA) recipients Aimee Benitez and Marcos Ruiz Rojas had an especially powerful experience meeting with Sen. Ben Hueso and seeing people like themselves represented in his staff. “Senator Hueso is a Latino Bruin who has hired people from our community, including other DACA recipients,” Benitez said. “He took the time to talk with us about the trajectory of his career path, saying one day when he is out of office, we’ll be the ones to take over.” LPPI representatives on the Sacramento trip also recognized the Latino Legislative Caucus for its efforts to champion LPPI and secure state funding to enable a transition from an initiative to an institute. — Alise Brillault 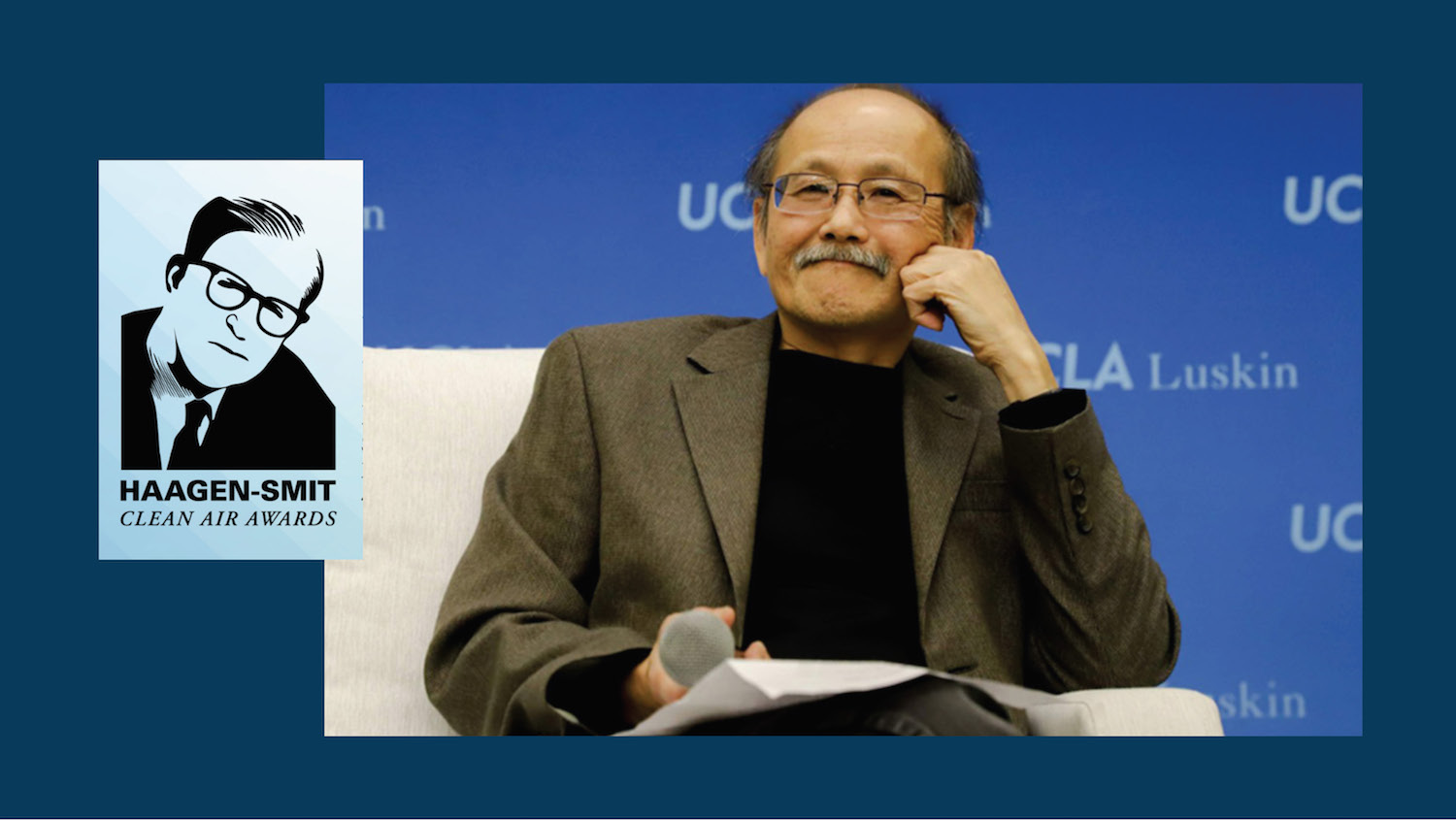 Paul Ong, director of the Center for Neighborhood Knowledge at UCLA Luskin, has received the 2020-2021 Haagen-Smit Clean Air Award from the California Air Resources Board. Ong is one of six individuals from around the world to receive the honor, which recognizes career accomplishments related to air quality and climate change. Ong was cited for his work on matters of community service and environmental justice. “Professor Ong’s more than 100 publications addressing racial inequalities have had an outsized influence on concerns for environmental justice,” the board said in announcing the award. “He has worked for more than three decades as a scientist and educator on interdisciplinary social science and environmental teaching, policy-focused research and community engagement.” The Haagen-Smit Clean Air Awards will be presented today at 9 a.m. PDT at a California Air Resources Board meeting that will be webcast via Cal-Span. Later in the day, the board will host the Clean Air Leadership Talks featuring presentations on the work of the six award recipients, who are known for their accomplishments in the field of air quality and climate science, environmental policy and environmental justice. The talks will be livestreamed beginning at 2 p.m. and available for viewing later on the board’s YouTube channel. The award program was named after Arie J. Haagen-Smit, a native of Utrecht in the Netherlands, who was a leader in developing air quality standards based on his research efforts. Due to a hiatus during the COVID-19 pandemic, this set of prizes is for the combined years of 2020 and 2021. 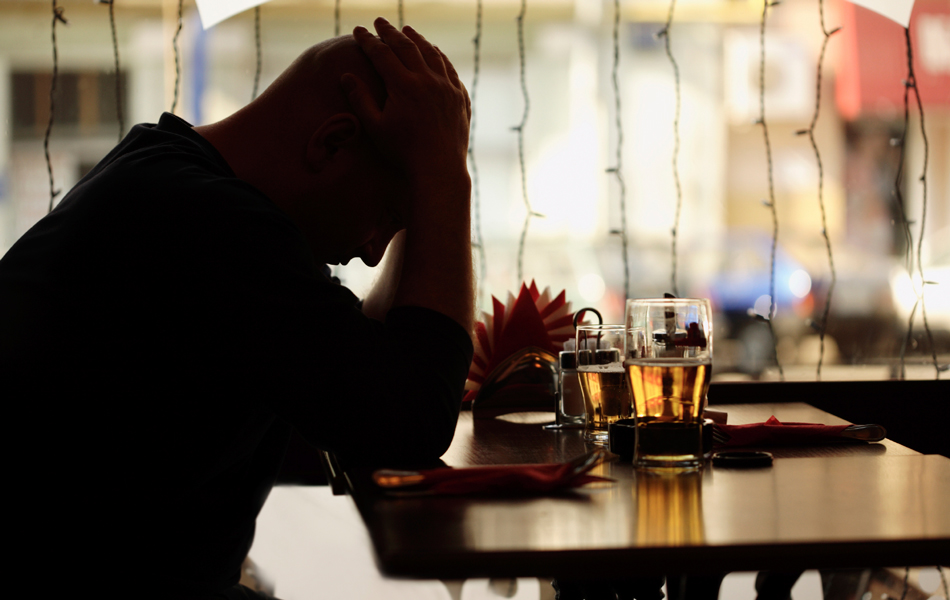 Alcohol use preceding death by suicide increased among women compared with men in the United States between 2003 and 2018, according to a newly published study co-authored by UCLA Luskin Social Welfare Professor Mark S. Kaplan. The report, published in the May 2022 online edition of Addiction, a publication of the Society for the Study of Addiction, included data from the National Violent Death Reporting System. The data included more than 115,000 men and women 18 years and older who died from alcohol-involved suicide from 2003 to 2018. Kaplan and co-authors Shannon Lange, Alexander Tran and Jürgen Rehm, researchers at the Center for Addiction and Mental Health, Institute for Mental Health Policy Research, in Toronto, found that while the prevalence of heavy alcohol use and the suicide mortality rate increased among men and women, women had experienced a notably higher increase in both. Because heavy alcohol use — a well-established risk factor for suicide — may have contributed to the observed sex disparity in the suicide mortality rate increase, the researchers sought to estimate the temporal trend of the sex- and age-group-specific proportion of suicides that were alcohol-involved in the United States. In the study period, the proportion of suicides that were alcohol-involved significantly increased on average annually for women of all age groups, while only middle-aged men experienced a significant average annual percentage increase, they reported. Kaplan and colleagues note that the results of the present study are important for both clinical and preventative efforts. “Evidence that alcohol use may have been a core driver in the accelerated increase in the rate of suicide among women will, hopefully, promote additional research in this area,” they wrote. 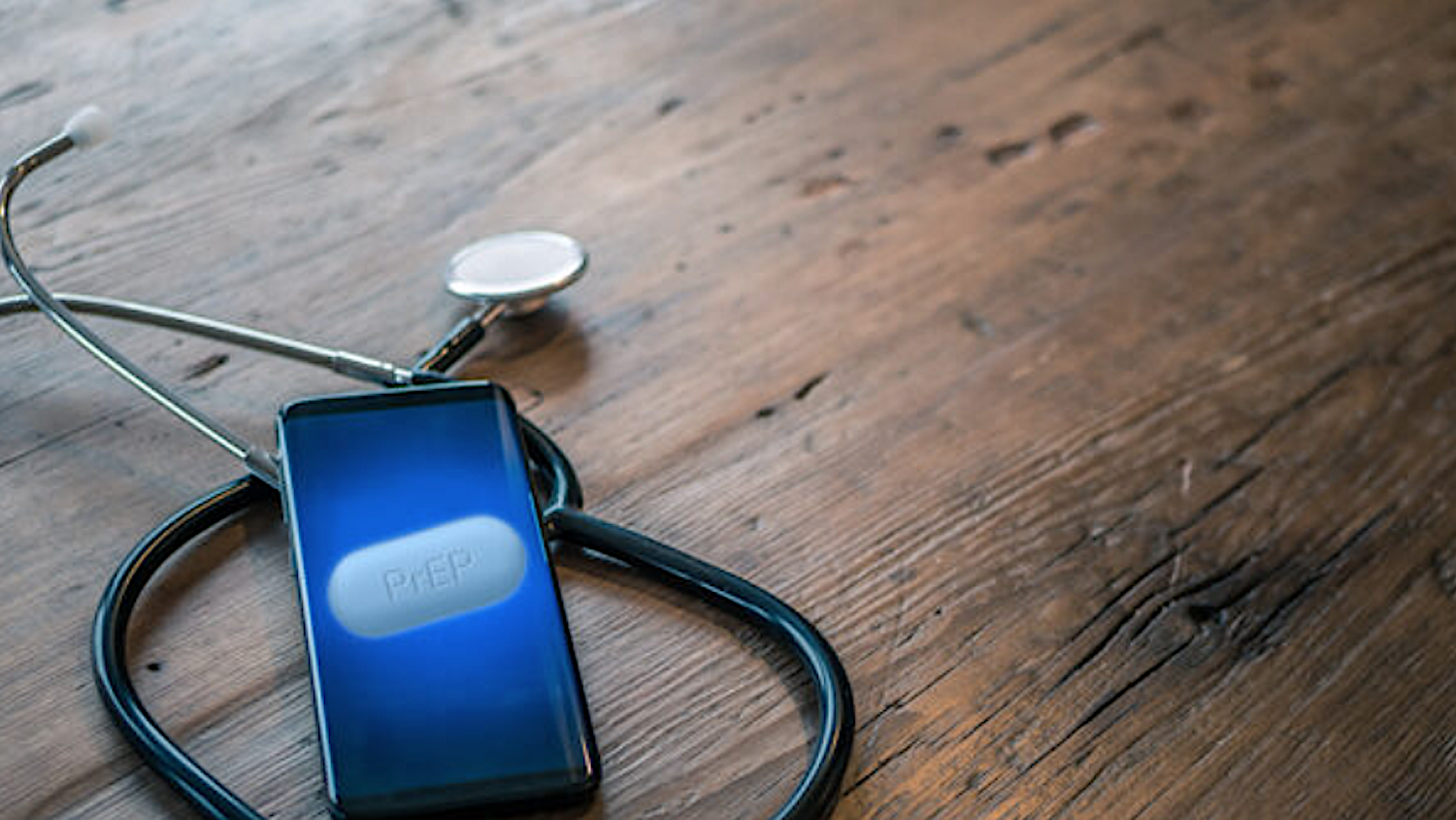 In 2020, only 25% of people who could benefit from pre-exposure prophylaxis (PrEP), a medication that reduces the risk of acquiring HIV, were prescribed it. Using telehealth to provide PrEP — an approach known as “tele-PrEP” that predates the COVID-19 pandemic — shows potential for expanding access to PrEP use in the United States. A new report from the Kaiser Family Foundation, funded in part by the Southern California HIV/AIDS Policy Research Center (SCHPRC), takes a deep dive into the tele-PrEP landscape, from the types of providers offering the service to the successes of the approach and the barriers that remain. “This report marks an important step forward in understanding how tele-PrEP is being implemented in California, the state with the largest number of tele-PrEP users,” said Ian Holloway, a UCLA Luskin professor of social welfare and co-director of SCHPRC. “This novel approach to providing PrEP services has the potential to increase access to this HIV prevention strategy.” Drawing from in-depth interviews with representatives from major telehealth companies and other providers that offer PrEP, the study identifies a wide range of operational models and financing structures — differences that have implications for clients, providers and businesses. While tele-PrEP offers an additional avenue for some people to access services, significant challenges remain, including insurance barriers, policies that hamper uptake, and knowledge gaps among both individuals and providers, the study concludes. 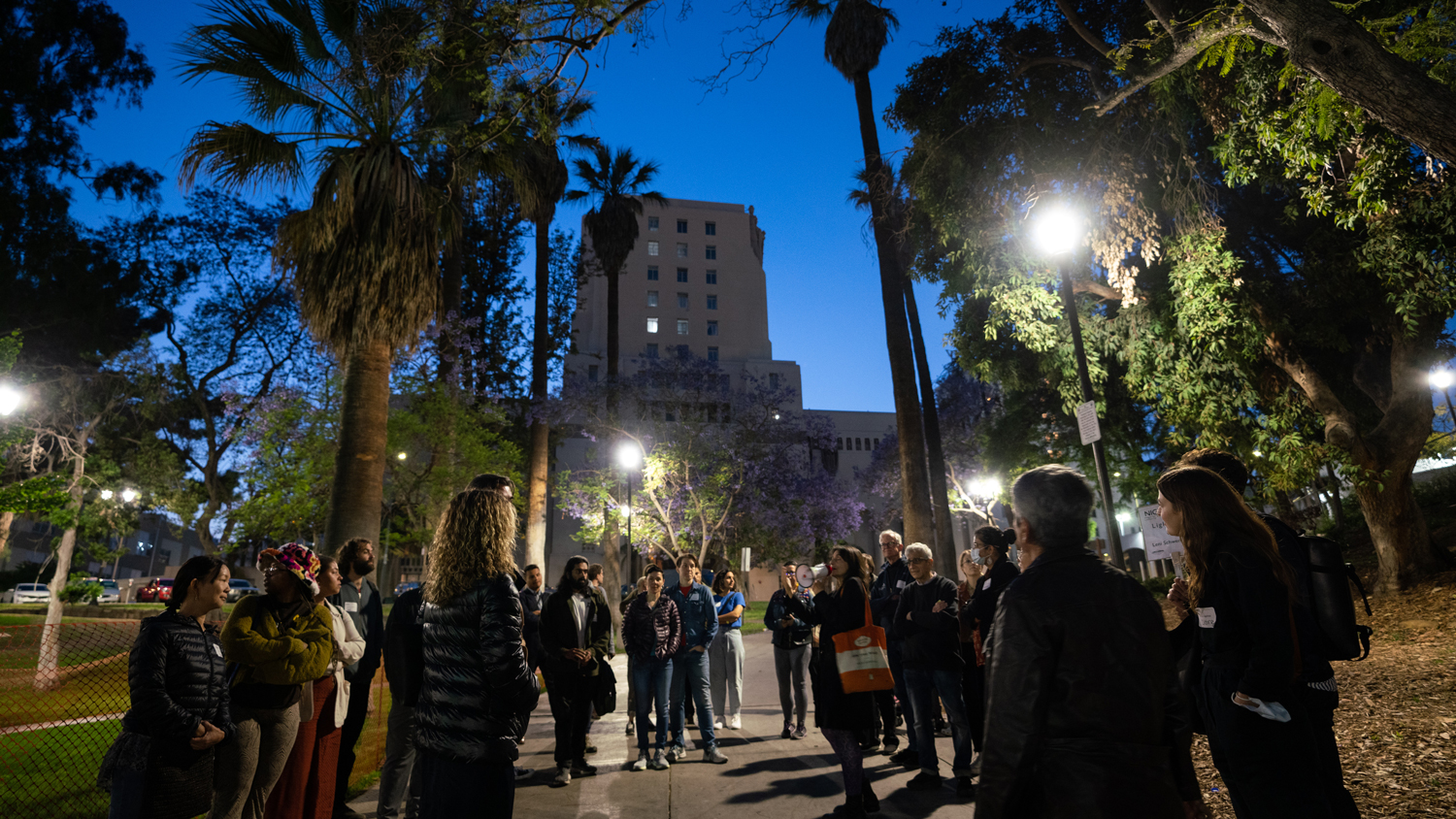 UCLA students and researchers recently organized an exploration of MacArthur Park after dark led by light and nighttime design expert Leni Schwendinger. More than 35 participants traversed a route through the park, listening to her commentary and observing nighttime conditions such as lighting design, infrastructure and social activity. Schwendinger’s NightSeeing programs encourage academics, community members, artists and other interested parties to join in enriching their understanding of light and dark, sparking conversations about sustaining the nighttime conditions within and around Los Angeles. The event was the second in a series presented by the (Un)Common Public Space Group, a collective of UCLA doctoral students that activates public space with and for underrepresented and underserved communities in pursuit of spatial justice. It helped connect public space research at UCLA to the knowledge and perspectives of community-based organizations near MacArthur Park. A pre-walk gathering was hosted by Art Division, a nearby neighborhood organization for young adults in the visual arts. Representatives from the Levitt Pavilion, an outdoor venue in the park that presents accessible live music programming, also joined the walk and provided commentary, as did local resident, arts organizer and historian Carmelo Alvarez. The series is supported by the UCLA Lewis Center for Regional Policy Studies and the UCLA Urban Humanities Initiative as multidisciplinary, interactive conversations taking place in the public spaces of the city. 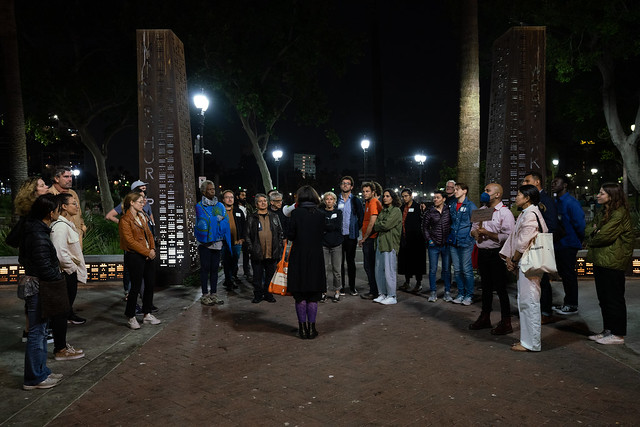 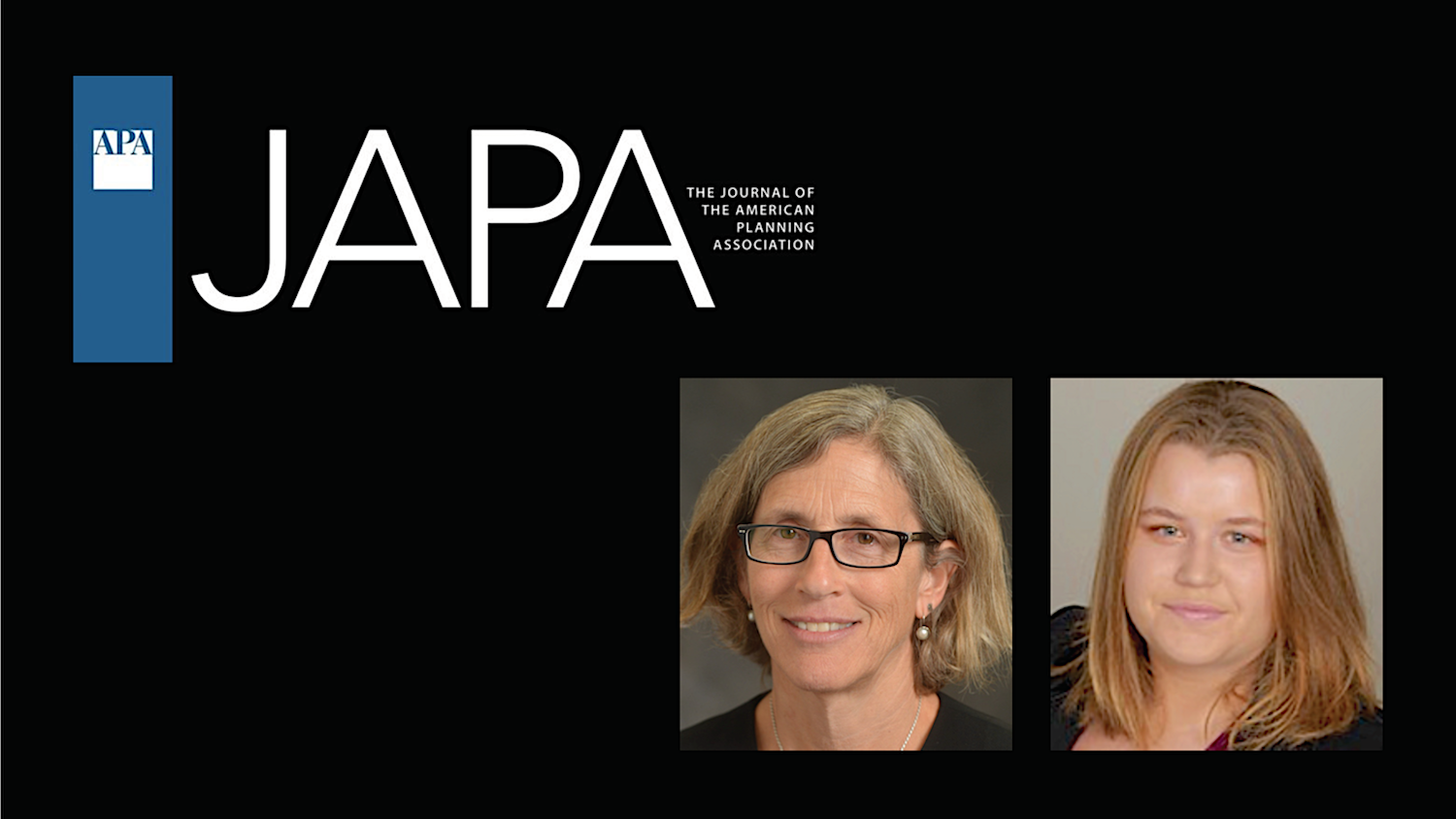 A paper by Evelyn Blumenberg, director of the UCLA Lewis Center for Regional Policy Studies, and urban planning doctoral student Hannah King recently received the 2022 Article of the Year Award by the Journal of the American Planning Association (JAPA). In “Jobs-Housing Balance Re-Re-Visited,” Blumenberg and King examined the functional balance between housing and employment opportunities in nearly 400 California municipalities. In a reversal of a trend seen in the late 20th century, the state’s workers are now becoming less likely to both live and work in the same city, they found. “These findings affirm trends observed by many Californians in recent years around growing commutes and rising home prices, and will provide insight for those looking to better understand how the job-housing balance within the state has shifted in recent decades,” according to the the journal’s blog. Awarded by the American Planning Association and JAPA, the Article of the Year distinction recognizes work that makes a significant contribution to the literature of the planning profession, has the potential to change the nature of discourse on the given topic, and provides useful insights or implications for planning practice or public policy. Blumenberg, a professor of urban planning, studies transportation and economic outcomes for low-wage workers and the role of planning and policy in addressing transportation disparities. King studies transportation finance, travel behavior and transportation equity.