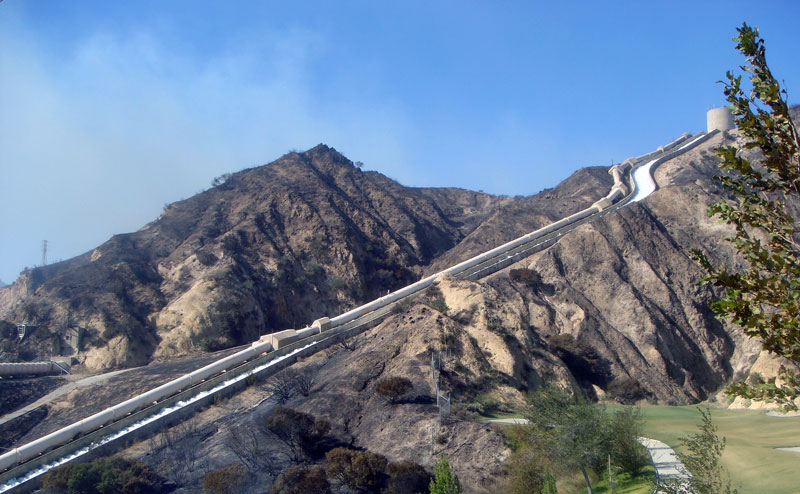 Innovative and sustainable use of water and energy in Los Angeles is at the heart of UCLA’s Sustainable LA Grand Challenge, and three UCLA Luskin School of Public Affairs researchers are at the forefront of this campuswide initiative.

Brian Taylor, Juan Matute and J.R. DeShazo are among 11 winners of the $1.2 million in competitive research grants awarded through the Challenge’s Five-Year Work Plan, which envisions a 100-percent renewable energy and local water scenario for the greater Los Angeles area by 2050. In addition, Jaimee Lederman, an Urban Planning doctoral candidate at Luskin, was recently named an LA Grand Challenge Powell Policy Fellow for a research/scholarly project that will directly contribute to advancing the goals of the Sustainable LA Grand Challenge.

Taylor and Matute said that their project will specifically study the viability of shared zero-emission vehicle (ZEV) and transportation network companies (TNCs) “to and from major transit stops to promote both ZEV and transit for commute-related traffic.” They believe the “meteoric rise” in use of TNCs, like Uber and Lyft, may address so-called “first-mile, last-mile” problems of daily transportation and encourage “mix-mode” travel that includes the use of expanding rail and bus rapid transit networks in Los Angeles.

“The TNC business model enables high daily vehicle utilization rates and high occupancy rates (percentage of seats filled) compared with personal vehicle ownership and operation,” said Taylor and Matute in their winning proposal. In addition, they indicated that the high rate of utilization rates will help zero-emission vehicle owners to “amortize the higher initial cost over a greater number of annual operating hours,” thus providing quicker returns on their investment.

DeShazo pointed out that each system in the county’s fragmented market varies in numerous ways such as access to groundwater and aquifer storage, storm water capture, direct and indirect water re-use as well each of the current system’s potential for conservation. The proposal also calls for the creation of an advisory panel for a joint powers authority that would manage the OneWater market.

“The only way that all water systems in L.A. County can achieve 100 percent local water is if a system that enables the trading of water among systems is created,” noted DeShazo. “Trading would create a revenue stream that attracts new investment in blue infrastructure.”

Lederman’s proposed project is titled, “From Great Idea to Sustainable Outcomes: traversing political roadblocks of local participation in regional environmental initiatives.” Serving as her faculty mentor is Martin Wachs, Distinguished Professor Emeritus of Urban Planning. The fellowship award was made possible through a generous gift from Norman J. Powell.

The Sustainable LA Grand Challenge is currently engaged with more than 150 UCLA faculty and researchers from more than 70 campus departments who are seeking ways to improve the quality of life as population growth and climate change affect the Los Angeles area.

Read the complete story on the UCLA Newsroom website.