Examining Voting in L.A. at the Neighborhood Level

A section from one of the maps produced by the Center for Neighborhood Knowledge.

All politics is local.

Researchers at the UCLA Luskin School of Public Affairs’ Center for Neighborhood Knowledge (CNK) have taken that phrase to heart in an effort to determine the impact of voter behavior.

Silvia Gonzalez, an Urban Planning Ph.D. student at Luskin, and fellow CNK researchers have gathered data to create a map of all eligible voters by neighborhood in Los Angeles County. That data was then filtered to produce maps showing the percentage of registered voters and actual voters who turn out at the polls.

“My doctoral studies focus broadly on understanding patters of socioeconomic inequality, how these are constructed and reproduced in societal, economic and political context,” Gonzalez wrote in her proposal for a UCLA summer research mentor fellowship grant. Gonzalez, who also is assistant director of CNK, said that her interest is in “community power,” including the impact of voting.

The team has culled data on areas of Los Angeles with various majority ethnic groups, such as Latinos, who represent a significant percentage of the L.A. population. Other areas studied include those with a majority population of Asian, African American, Hispanic and Non-Hispanic White.

“This work will help organizations dedicated to political and civic engagement, and will show where there are opportunities to increase those rates,” said Paul Ong, CNK director and professor of Urban Planning, Social Welfare and Asian American studies at UCLA. The data show general trends and also voter behavior within various groups, said Ong, who is serving as Gonzalez’s faculty mentor.

For example, by creating a gender parity index that reflects the level of female voter participation compared to men, the researchers studied who is more likely to vote in L.A. County. Turns out that it’s women, following a nationwide trend, according to Gonzalez and her CNK colleagues.

Ong said that this is a long-term project with a goal of building a database and disseminating results that the public will find useful. “We are very interested how political engagement plays out for communities,” he said.

The impact of their research on this year’s general election in November may not be that significant, Ong, said, but it may prove useful in the long term. The researchers will integrate neighborhood voting patterns from November’s election as soon as the data becomes available.

The maps may be viewed online.

The mission of the Center for Neighborhood Knowledge is to conduct basic and applied research on the socioeconomic formation and internal dynamics of neighborhoods, and how these collective spatial units are positioned and embedded in the Southern California region. The CNK emphasizes the study of diversity, differences and disparities among neighborhoods, and it explicitly covers immigrant enclaves and minority communities.

CNK examines neighborhoods through multidisciplinary lenses and through collaboration with community partners. Equally important, CNK is dedicated to translating its findings into actionable neighborhood-related policies and programs, and to contributing to positive social change. 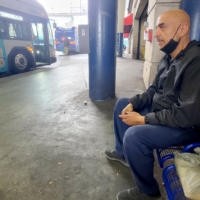 Putting Historical Context on the Black Experience
Scroll to top