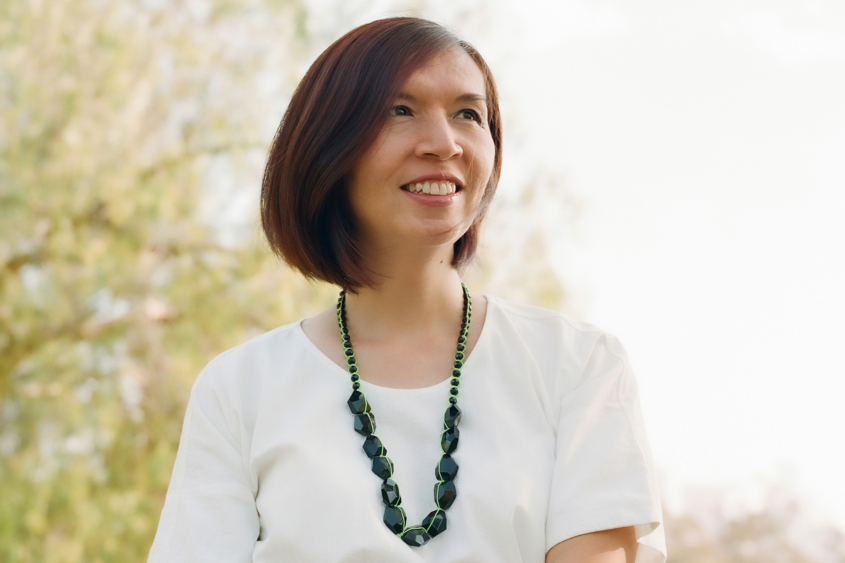 UCLA’s Kian Goh, who studies the politics around cities’ responses to climate change, becomes an associate faculty director as of the fall quarter at the UCLA Luskin Institute on Inequality and Democracy.

She said the institute is a leader in working with and alongside movement-based organizations fighting for change.

Goh, an assistant professor of urban planning at the UCLA Luskin School of Public Affairs, noted that the typical presumptions of objective research in the social sciences sometimes conflicts with the desire to see the problem from the point of view of oppressed groups, in order to challenge unjust systems and promote greater equity in decision-making in cities. Overcoming this hurdle as it relates to urban responses to climate change is one of the objectives of her recently published book, “Form and Flow: The Spatial Politics of Urban Resilience and Climate Justice.”

“This type of positional research is more attuned to how structural power actually works,” Goh said. “And it’s what I think the Institute on Inequality and Democracy does incredibly well. I’m so excited to be part of it.”

Ananya Roy, the inaugural director of the Institute which was founded in 2016, said Goh’s global perspective and her expertise in community responses to environmental problems are ideally suited to bolster the institute’s efforts to pair critical thought with social movements and activism in the interest of combating societal inequalities.

“Climate justice is of central concern to the institute’s current research priorities, from housing justice to abolition,” said Roy, professor of urban planning, social welfare and geography at UCLA. “It undergirds all of the ways in which we must understand racial capitalism and make change in the world and professor Goh is precisely the scholar whose rigorous research and capacious vision allows us to do so at the institute and beyond.”

Goh sees her new role as the next step in a progression from working architect to urban planning scholar.

While working as an architect in and around New York City in the early 2000s, Goh found her interests expanding beyond the buildings she was designing, especially regarding urban inequalities and the impacts of climate change.

“I would also be really interested in the history of that neighborhood — how it got to be in the condition that it was in,” she said.

Goh witnessed first-hand the benefits of community involvement in recovery efforts in Brooklyn following Hurricane Sandy in 2012, and that experience contributed to her decision to focus on the topic while pursuing a doctorate in urban and environmental planning at the Massachusetts Institute of Technology. Her varied academic career began as an undergraduate at the College of Wooster in Ohio and continued at Yale, where she earned her Master of Architecture degree. She previously taught at Northeastern University in Boston, the University of Pennsylvania, the New School in New York and Washington University in St. Louis.

Goh’s book focuses in part on the Rebuild by Design competition in New York City after Sandy as part of an examination of power relationships and civic activism. The book examines the conflicts that can arise when cities respond to climate change. She looks not only at initiatives in New York but also at the Rotterdam Climate Proof program in the Netherlands and the Giant Sea Wall plan in Jakarta, Indonesia, and analyzes the interconnections of ideas and influence among them.

Her scholarship is firmly grounded in participant observation.

“When I look at environmental conflicts that are happening in Jakarta, for instance, I will look at what community activists working in the informal kampung settlements there are doing to protect their neighborhoods — from floods but also from eviction and displacement by the city, which claims that they are in overly vulnerable places that need to be cleared,” Goh explained. “This type of close, on-the-ground participatory research, plus a global lens, fits very well with how the institute sees its work.”

At the heart of Goh’s scholarship are people struggling with crisis, whether it be longer-term threats such as rising sea levels or more immediate dangers like wildfires or floods. Joining the faculty at UCLA Luskin five years ago has encouraged Goh to think about the types of environmental justice issues often seen in California, including water use.

Goh noted the long history of proposals to revitalize the L.A. River from its current existence as a concrete channel whose primary purpose is flood control.

“Oftentimes, we see some really ambitious ideas to make the river more ecological, more sustainable,” Goh said. Unfortunately, some of those grand ideas fail to contemplate how neighborhoods near the L.A. River would be impacted.

“So, we have projects that are ostensibly for sustainability and for climate protection,” Goh said. “But if they’re not done in a way that takes into account the voices on the ground, the communities that have previously been marginalized and pushed into some of these neighborhoods, then these people stand to be even further marginalized and potentially displaced.”

Thankfully, she is witnessing a greater acceptance among policymakers to look to community organizers and social movements for answers.

“What I have seen in New York and also in Los Angeles is more government officials who are saying, ‘We need to look more toward what’s happening on the ground,’” Goh said. “What I think hasn’t happened enough is … how does that actually become part of the plans? There are folks who are doing all these focus groups and talking to people, trying to learn. But sometimes it just becomes a report that lies around somewhere.”

At the UCLA Luskin Institute on Inequality and Democracy, Goh sees a shared commitment to translate ideas into action. She describes her ideas about a research project around climate justice and cities:

“It revolves around two things — climate and power,” she said. “That the issue of climate change in cities is always a matter of who has the power in cities and who doesn’t.”

Goh intends to investigate how climate justice organizers build social movements in cities. She said researchers have shown that inequality matters in environmental planning — poorer people suffer most from environmental harms in cities.

“It is not enough simply pointing out inequality without taking on the power relationships that are causing that inequality,” Goh said. She plans to work with colleagues at the institute to model a more democratic process in which urban governance decisions are made in cooperation with movement builders.

“These organizers and activists on the ground need to be seen as a necessary and integral part of how we think about planning for climate change,” she said. 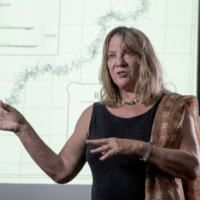 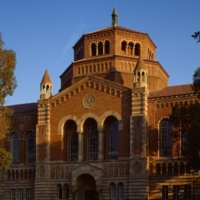 Akee and Ong on Long-Overdue Tuition Scholarships for Native Students