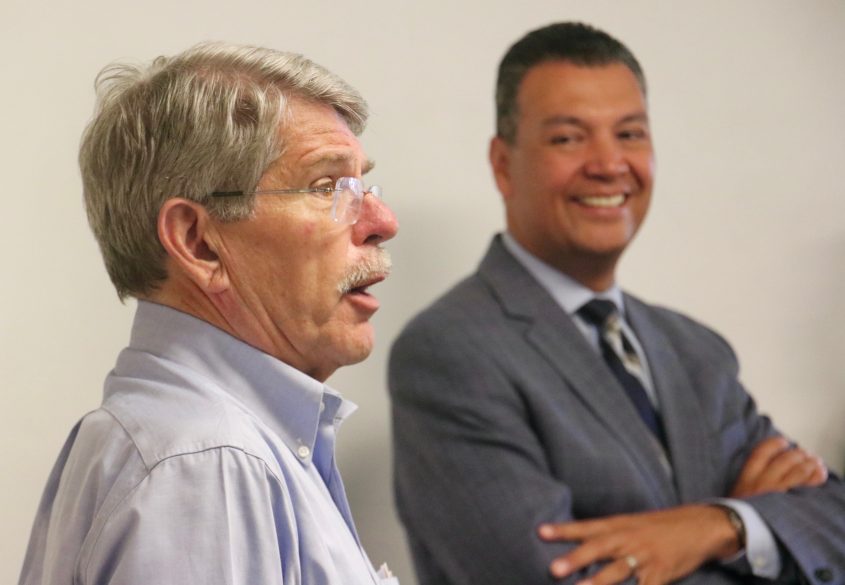 After fielding a series of challenging questions from students in UCLA Luskin lecturer Zev Yaroslavsky’s public policy class, California Secretary of State Alex Padilla and Los Angeles County Registrar Dean Logan smiled when they were asked to explain how the election of Donald Trump has affected their jobs.

“How much time do we have?” Padilla said. “I’ve gotten a heck of a lot more press coverage than anybody would have expected.”

Trump’s frequent charges of voter fraud in the November 2016 presidential election have been a source of frustration for Padilla. To say that the Trump administration has had an impact on his job would be an understatement.

“He keeps alleging massive voter fraud — which is absolutely not true,” Padilla said. “He has repeatedly mentioned California. He’s not just questioning my credibility; it’s our credibility. Whenever it’s in a story, which is pretty frequent, we have to go out, defend and explain all the measures we go through to protect the integrity of the election.”

As California’s top elections official, Padilla is tasked with protecting the votes and voters of the state.

“There’s fundamentally a different person, different leadership in the U.S. Department of Justice, the attorney general,” Padilla said. “That’s someone we look to as a partner to protect people’s voting rights. Depending on what may happen in the future, we may be butting heads with them on advancing public policy or interpretation of existing laws, enforcement of laws. Red flags are way, way up.”

The same holds true for Logan, who oversees all elections in L.A. County.

“It’s the continued repeating of information that’s not backed by any evidence or fact,” Logan said. “Ultimately — and it’s just my personal opinion — it is part of the same campaign: The ultimate end game of that is to decrease people’s confidence in the electoral process and for them to just sit out,” thus benefiting candidates with politically extreme views.

In introducing Padilla and Logan to the students in his class, Yaroslavsky hailed Padilla as a “national figure and leader” and Logan as “a visionary.”

“Between these two guys, you’ve got two of the best minds when it comes to elections,” Yaroslavsky said. Both fill important roles “that most people don’t know about. We take it for granted, like when we turn the water on in the morning. Running an election, making sure the votes are counted with integrity, is not to be taken for granted.”

Padilla told the students about his various statewide duties, including political reform, campaign finance reports and overseeing the state archives, but most of his talk concentrated on how he views his role as secretary of state.

“Academically, what can we do to get more people to vote in California? That’s not my job,” Padilla said. “My job is to oversee California elections and make sure there’s no voter fraud, but I think there’s an expectation that we use this job to get more people involved and engaged in the process.”

Starting next year, the state will launch automatic voter registration so that residents who are eligible will automatically be registered when they apply for or renew their driver’s license or a state ID at the Department of Motor Vehicles, online or by mail, Padilla said.

Logan’s biggest challenge is managing the county’s antiquated voting infrastructure. “Here in L.A. County we are still using voting equipment that was first introduced in 1968 when Robert Kennedy was on the ballot,” he said. “We are very involved in a project here in L.A. County to modernize the voting system.”

If Logan and Padilla have their way, this won’t be a continuation of your mother’s voting methodology.

“Today the voting experience is focused on single-day, single-location and a single piece of equipment,” Logan said. “A random Tuesday, between 7 a.m. and 8 p.m. That makes no sense; that isn’t relevant to anything that we do on a regular basis.”

The new model will feature community vote centers all over Los Angeles County. “So if you live in Santa Monica, but you happen to work in downtown L.A.,” Logan said, “you can walk into a downtown vote center and get your Santa Monica ballot and vote.”

Other highlights of the new voting system:

“It’s going to fundamentally change the way the voting experience works here in L.A. County,” said Logan, who added that he hopes to institute all of these changes by 2020.

Questions from Yaroslavsky’s students covered a variety of issues, from voter accessibility to campaign finance issues to frequency of elections, but the last question for Padilla was simple and direct: Are you thinking about running for governor in California?

“Thinking about it and doing it are two different things,” Padilla said. “I don’t dismiss that potential opportunity in the future, but not next year. I’m up for re-election next year.” 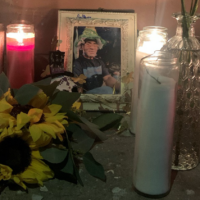 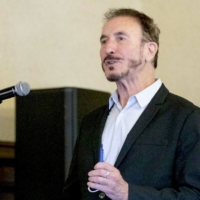 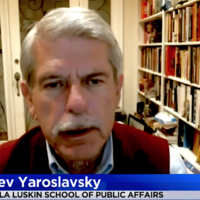 Yaroslavsky Urges Action to Uplift the Most Vulnerable
0 replies