The 2015 Luskin study, “Do Strict Land Use Regulations Make Metropolitan Areas More Segregated by Income?” is referenced in the Obama administration toolkit. Illustration by Stan Paul

A recent study by UCLA Luskin Urban Planning faculty researchers is part of a new toolkit on housing development announced and published this week by the Obama administration.

The Housing Development Toolkit, now available online, outlines barriers to housing development but also includes a list of actions that state and local governments can use to “promote healthy, responsive, high-opportunity housing markets, despite the common and sometimes challenging political barriers to reform and improvement.”

The 2015 Luskin study, “Do Strict Land Use Regulations Make Metropolitan Areas More Segregated by Income?” — previously published in the Journal of the American Planning Association — is referenced in the toolkit addressing local barriers to housing development that affect affordability for working families. Authors Michael Lens, assistant professor of Urban Planning, and Paavo Monkkonen, associate professor of Urban Planning, urge that density restrictions be removed because they drive urban segregation.

“Inclusion in this publication demonstrates both the timeliness and relevance of the work our Luskin researchers do,” said Lois Takahashi, interim dean of the UCLA Luskin School of Public Affairs.

In their study, Lens and Monkkonen find that inherent local planning problems can be alleviated somewhat by regional and state efforts.

“I think this is a remarkably informed document, and it is great to see that the Obama administration is thinking this way and is motivated to put this information out there,” Lens said. “It is complementary to HUD’s Affirmatively Furthering Fair Housing rules and work, and recent case law (Inclusive Communities v. Texas Department of Housing and Community Development) might nudge localities toward relaxing regulations and allowing more multifamily development.”

The White House publication cites restrictive zoning and land-use regulations — as well as a cumbersome approval process — as the causes for a slow response to demand for housing across the United States. It also highlights beneficial practices already in use across the country as well as potential starting points for bringing housing planning and development in line with 21st century needs.

Although encouraged by the report, Lens said that the Obama administration also has very little power, if any, over local land-use decision-making. He cautioned that “there are a lot of great ideas in here that for the most part” could be ignored by local governments.

However, “there is a growing movement in California advocating for changes in the way urban growth is accommodated with existing city boundaries,” Monkkonen said. “I hope that the endorsement of the White House in this regard will push these efforts forward.”

The Housing Development Toolkit may be found at: 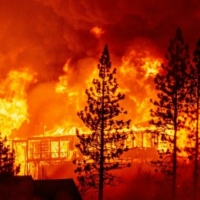 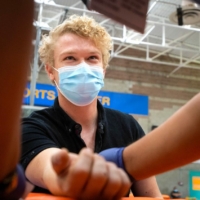 Three Decades of Devotion to Social Justice
Scroll to top