Neera Tanden of the Center for American Progress assesses the tumultuous election and prospects for future governance in conversation with Dean Gary Segura.

Pollsters and pundits predicted a blue wave for Joe Biden and Democrats, and President Donald Trump called for an overwhelming red surge at the polls to secure a second term.

Both sides got it right and wrong.

“It’s just that Joe Biden was able to put together a coalition that, at the end of the day, will likely have 5 million more people behind it and, importantly, had strength enough to carry him through victory in what’s likely to be five states that Trump won in 2016,” said Neera Tanden, president and CEO of the Center for American Progress.

Tanden is a 1992 UCLA alumna who served in the Obama and Clinton administrations, lending credibility to her discussion of the state of the electoral process and prospects of a polarized nation under the administration of Biden and his vice president-elect, Kamala Harris. She was the featured speaker for a post-election analysis Nov. 10 moderated by UCLA Luskin Dean Gary Segura. The online session was the second Meyer and Renee Luskin Lecture of the 2020-21 academic year.

Tanden was asked to analyze the campaign, comment on voter turnout and assess an ongoing tumultuous transition amid vote recounts demanded by an incumbent president refusing to acknowledge the outcome of the 2020 vote. Meanwhile, the COVID-19 pandemic has reached its highest levels across the country.

“I can’t think of a better person to talk to about this than Neera Tanden,” said Segura, who described the first week after the election as “an anxiety-filled time.” Citing her work with previous presidential campaigns and noting her law degree from Yale, Segura added that Tanden “has perhaps the best grasp of what we’re likely to see in a Biden administration in the coming years.”

Noting that the White House win was the “most pivotal outcome, for sure,” Segura asked Tanden to address the fact that Democrats did more poorly in House and Senate races than they had hoped.

“I think we do have to grapple with the fact that it seems that Biden’s brand is stronger than the brand of the Democratic Party,” Tanden said. “There’s a lot of work for the party to evaluate how Biden has a brand that the party needs to move to, rather than the other way around.”

Tanden prefaced her analysis by starting from a global perspective, noting a worldwide rise of right-wing authoritarian populism over the past decade and the “politics of division” some politicians are stoking. She called out countries that include India, Turkey and Hungary, as well as current “politics roiling in Britain.”

“What we’ve seen around the world is that once an authoritarian populist takes power, through democratic means, it’s very, very difficult to dislodge that person,” Tanden said.

She suggested that Trump shares a trait with many authoritarian leaders — an ability to dominate a news cycle and negatively brand their opponents, calling it one of “Trump’s greatest superpowers.” The GOP’s effort to associate Democrats with socialism, she noted, was important in some races but generally turned out to be a less successful strategy against Biden.

Still, she acknowledged that Trump was able to mobilize his base of support across the country and bring out conservative voters at unprecedented levels, far exceeding his 2016 tally despite falling short of Biden’s total.

Segura asked Tanden about Trump’s legal strategy in challenging the election and the possible detrimental effect on democracy given that many Republican voters believe the election was stolen.

“I think we are witnessing a profound damage to democracy in the sense that Republican leaders are willing to basically do anything to appease Trump’s fantasy that he can win,” Tanden said. “You see that in the two Georgia run-off candidates who attacked the Republican secretary of state. Basically, it’s been reported that Trump demanded that they do so or he would attack them.”

The outgoing president has a “stronger hold on the base of the Republican Party and Republican voters than any other Republican in my lifetime, so he has an ability to basically scare any single one of these Republicans,” she said.

Even so, Tanden said she did not think the electoral process is in jeopardy “unless something goes really haywire,” given that Trump’s legal challenges are being rejected by judges appointed by both Democratic and Republican administrations. U.S. courts do not have a history of overturning votes after the fact, she said.

The coming years won’t be easy for either party, Tanden said, and both sides face unique challenges.

Republicans will find it hard to do anything independently “because they will just be in fear of Trump running again or campaigning against them. … The one thing he’s demonstrated over the last four years is he is perfectly happy to attack Republicans if they don’t do his bidding, and with deep, deep consequences.”

Democrats seem likely to face an obstructive Republican Senate majority and thus will have to seek compromise to govern.

“It’s an open question; there’s four Republican senators, maybe five, at this point who congratulated Biden, so maybe they form a basis of trying to negotiate some compromises,” Tanden said.

She has observed structural challenges within the Democratic Party that she believes create a healthy debate about tactics.

“With gerrymandering, Democrats have to run in conservative-leaning districts,” Tanden told the online audience of about 200 people. She noted that such practical considerations “allow more ideological fluidity in the party, as we sometimes have seen.”

Segura also asked whether what was “good for the goose is good for the gander? Do we run amok as a party — are Democrats thinking that to themselves?”

“I think this is a balance … a range of arenas where the Democrats need to be assertive. They need to undo Donald Trump’s really lawless immigration policies. We need to reenter the Paris [climate accords],” Tanden countered.

Going forward, the most pressing and important thing for the new president is to handle the coronavirus crisis effectively. She noted that Biden “can do a lot on the virus with executive action.”

If Republicans show a willingness to bend, Tanden said she believes much can be accomplished. “But if Republicans choose to ignore everything, then we are going to be in a position where, hopefully, we address the virus,” she said, “and argue at the midterms.”

Tanden recalled her thinking after the 2018 midterm elections. “I told my staff that 2020 was going to be a huge turnout election in both directions, and that the job was going to require mobilizing more voters … and the truth is that happened and it’s a historic victory.”

But Biden’s job is just beginning.

“When you have power, you can build on power,” Tanden said. “Joe Biden is going to have to spend more time thinking about how he builds a majority in the country. But I think he navigated this extremely well, and he and his team have good instincts about how to move forward.” 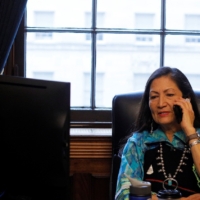 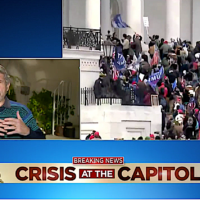