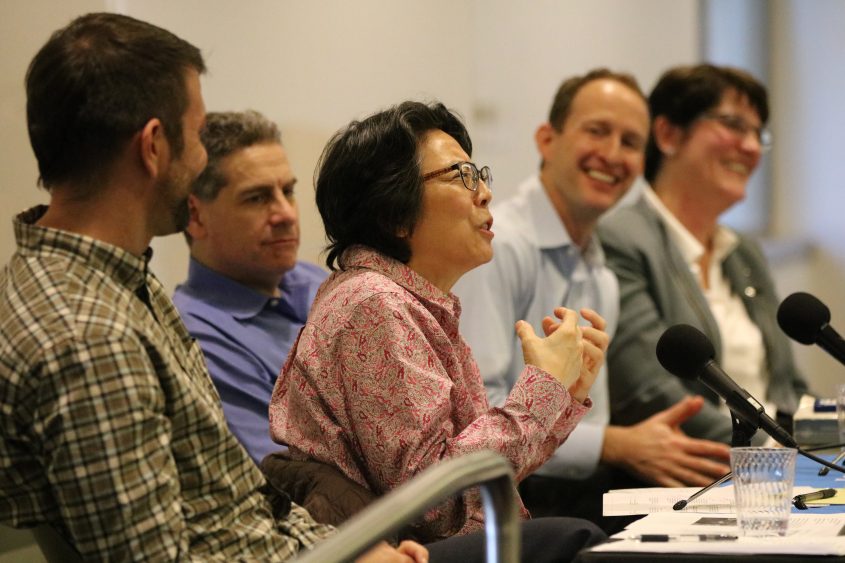 The merits of an upcoming ballot initiative, Measure S, that would mean big changes for big development projects in the city brought together a panel of UCLA faculty members.

If passed by voters in March 2017, Measure S would impose a temporary moratorium on development projects that require changes to zoning, land use and building height laws in Los Angeles. In addition, the measure would restrict other changes and impose mandatory review procedures to the Los Angeles General Plan, while preventing project applicants from conducting their own Environmental Impact Reports (EIR).

“If you’re a developer and you want to do some affordable housing … it would be informally discouraged in wealthier areas,” said Joan Ling, a longtime lecturer in the UCLA Luskin Department of Urban Planning. “There’s a lot of talk about reforming land use laws in L.A., but there’s very little desire for actual results because the councilmembers want control of what gets built and that is tied to election campaign fundraising.”

In addition to Ling, the panel, which was produced by the Lewis Center for Regional Policy Studies, included urban planning faculty members Paavo Monkkonen and Michael Manville. Jonathan Zasloff, a professor of Law at UCLA School of Law, also joined the conversation, which was moderated by Rosslyn “Beth” Hummer, the chair of the Land Use Planning and Environmental Subcommittee of the Real Property Section of the L.A. County Bar Association.

Michael Lens, assistant professor of urban planning, introduced the panel and gave background on the ballot measure. Most panelists oppose Measure S, he noted, but the goal of the forum was to forecast both electoral scenarios.

“Measure S is something that urban planners should be informed about,” he said to an audience comprised mostly of master’s students in UCLA Luskin’s program. “Our goal here is not to push you in any one direction. We’re hoping to provide you with the best possible projections for what might happen if Measure S is actually passed.”

Ling talked about the housing regulatory infrastructure in the city, the leadership of which includes a planning director designated by the mayor and the 15-member City Council. She described the zoning and development realities for what she referred to as Los Angeles’ three cities, “the rich areas, the very low-income areas and the transitional areas.”

Monkkonen discussed a recent White Paper he authored in which concerns of residential leaders about construction in California were voiced. He identified several major reasons why neighborhoods and NIMBY (Not In My Back Yard) leaders opposed big development projects.

“Some people have concerns about the built environment of their neighborhoods,” Monkkonen said. “They’re concerned about strains on services, their roads, their schools. They have anger at developers for being rich and seeming to get away with things.”

Zasloff noted that the movement to put Measure S and similar initiatives on the ballot is not uncommon for residents who want to maintain the status quo for housing in their neighborhoods.

“When you consider that the vast majority of wealth for many Americans is tied up in their house … many people are scared for what this is going to do to their property values,” he said. “It’s a real concern for people when they set financial expectations for themselves and aren’t sure where to go with them.”

Opponents of big development projects are often concerned about increases in traffic resulting from new population density. Manville said he thinks Measure S would provide little benefit regarding congestion, however.

“It ends up being a very small and uncertain reduction in traffic, played against a much more certain cost in housing prices,” Manville said.

The measure is opposed by the Los Angeles chapters of both the Democratic and Republican parties —giving it a rare bipartisan opposition.

Asked to name one positive that is coming out of the Measure S movement, Zasloff replied that the threat of ballot items similar to Measure S keeps pressure on local elected officials to be more involved with constituency planning.

“If there were a way to scare the bejesus out of City Council on a regular basis, that would probably be helpful,” he said.

The forum was co-sponsored by the UCLA Ziman Center for Real Estate and drew more than 50 students, faculty and community members. 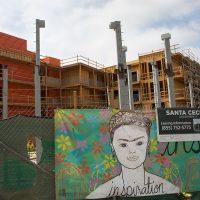 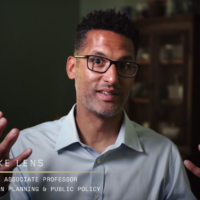 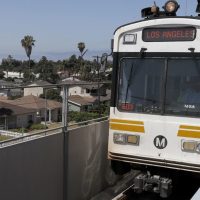 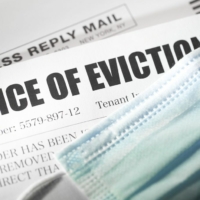 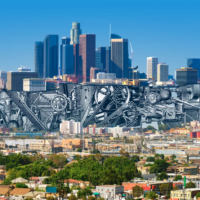 Yaroslavsky on What’s Next for Los Angeles
0 replies