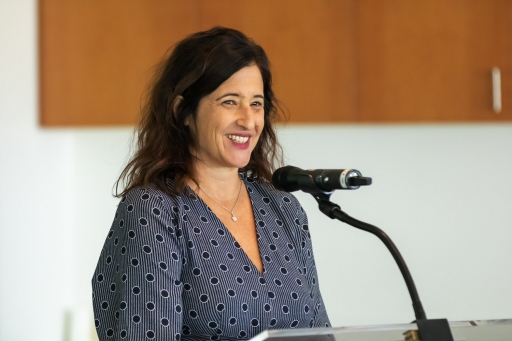 Professor Laura S. Abrams, chair of UCLA Luskin Social Welfare, has been named a fellow of the American Academy of Social Work and Social Welfare (AASWSW), a prestigious national society honoring excellence in the research and practice of social work.

Abrams will be the first woman from UCLA to be inducted into the academy, which currently recognizes 140 fellows.

“Entering my 20th year as a professor, I am honored to be included as a member of the AASWSW,” said Abrams, whose research broadly focuses on improving the well-being of youth and young adults with histories of incarceration.

“I hope to work with AASWSW to advance social work’s unique lens in addressing social inequities and injustices,” she said.

Established in 2010, the academy’s mission is to recognize and encourage premier scholars, practitioners and outstanding leaders in the social welfare field whose work contributes to a sustainable and equitable future.

The academy is the sponsoring organization for the Social Work Grand Challenges, an initiative to use science to champion social progress, and aims to influence policy by serving as a source of information for the social work profession.

“Being a member of the academy is the highest honor the profession can bestow on a scholar,” Astor said. “This is a great honor that is very well-earned.”

Election of fellows into the academy is by confidential nomination and confirmation by a supermajority of academy members. Abrams will be inducted at the Society for Social Work and Research conference in Washington, D.C., in January. Astor will give the induction speech at the conference.

In addition to numerous peer-reviewed articles, Abrams is the co-author of two ethnographic books, including: “Compassionate Confinement: A Year in the Life of Unit C” and “Everyday Desistance: The Transition to Adulthood Among Formerly Incarcerated Youth.”

Abrams has contributed to the larger social work profession by serving on the editorial boards of Social Service Review, Qualitative Social Work and the International Journal of Social Welfare. She is former vice-chair of the Group for the Advancement of Doctoral Education in Social Work and former board-member-at-large for the Society for Social Work and Research. 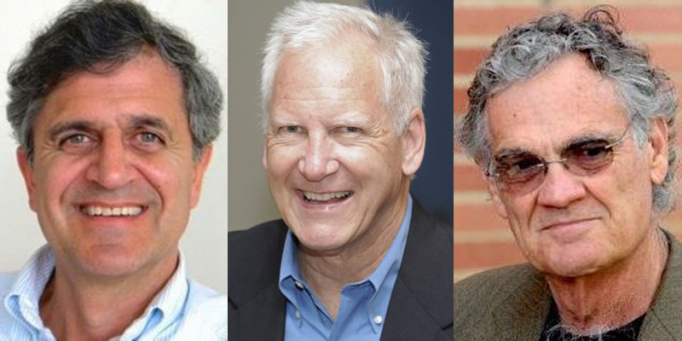 UCLA Luskin Professor David Cohen and Professors Emeritus Yeheskel “Zeke” Hasenfeld and Robert Schilling were recognized in the Journal of Social Service Research’s list of the “100 Most Influential Contemporary Social Work Faculty as Assessed by the H-Index.” The report uses a new method called the H-Index to measure the impact and influence of social work scholarship, taking into account not only the number of publications an individual has authored, but also the number of times that his or her work has been cited by others. “It feels great to be included in a list of highly cited scholars in my field — especially when some were my teachers,” said Cohen, who is also associate dean for research and faculty development at UCLA Luskin. “But creativity and quality mean more than citations — so I plan to keep on trucking, hoping that my best work is still ahead of me.” Cohen, whose research focuses on the effects of psychoactive drugs, treatment-induced harms and mental health trends, has authored and co-authored more than 100 book chapters and articles. Distinguished Research Professor Emeritus Hasenfeld, who passed away Feb. 28, 2019, was cited for his insightful investigation of the relationship between social welfare policies, the organizations that implement them and the people who use their services. Schilling’s research focuses on developmental disabilities, HIV risk and prevention, and substance abuse. Also on the list is Ron Avi Astor, who will join the UCLA Luskin faculty in the 2019-2020 school year. Astor is an internationally recognized expert on school safety. — Zoe Day

He received his B.A. from Hamline University, his M.S.W. from the Univ. of Wisconsin-Madison and, later, his Ph.D. in social work from the University of Washington. His early research focused on developmental disabilities and prevention of social problems among minority youth.

Schilling was one of the principal investigators on the seven-site NIMH Multisite HIV Prevention Trial-then, the largest fully randomized HIV prevention trial ever conducted in the U.S. Study outcomes, involving 3,700 women and men in 37 clinics, were reported in 1998 in Science.

To date, he has published more than 130 peer-reviewed articles, as well as book chapters, reviews, invited papers, and letters. Schilling’s publications have appeared in AIDS, The American Journal of Public Health,The Journal of the American Medical Association, The Journal of Consulting and Clinical Psychology, The New England Journal of Medicine, Social Service Review, and Social Work.

Schilling was one of several co-authors receiving the James H. Nakano Citation for Outstanding Scientific Paper Published in 1994, from the National Center for Infectious Diseases, Centers for Disease Control and Prevention. The next year, the same group was nominated for the Charles C. Shepard Science Award, for Demonstrating Excellence in Science, Centers for Disease Control and Prevention and the Agency for Toxic Substances and Disease Registry. In 2003, he was listed as one of the most productive scholars in social work in review of reputation and publication productivity among social work researchers. In 2006, Schilling was listed among researchers above the 95th percentile distribution of extramural NIH grants over the last 25 years. In a 2010 a review of HIV/AIDS scholarship by faculty within U.S.-based schools of social work, he was listed as first in citations. His work has been cited more than 4000 times. In 2011, Schilling was elected to the American Academy of Social Work and Social Welfare.

Schilling has been a standing and ad hoc member and chair of NIH review panels, and has chaired university subjects review committees. From 1996-1998, he chaired the technical advisory committee of the Institute for the Advancement of Social Work Research. In 1997, he chaired an ad hoc group convened for the purpose of advising NIMH on the reorganization of its prevention mission. Later, he chaired another task group crafting a document, Strengthening America’s Families and Communities: Applying R&D in Re-Inventing Human Service Systems, sent to the Secretary of Health and Human Services. In 2002, he served as a consultant to the Substance Abuse and Mental Health Service Administration’s HIV/AIDS Treatment Adherence, Health Outcomes and Cost Study. In 2005, Schilling organized and chaired the group examining the quality and impact of social work journals and the processes of peer review and publication, with recommendations issued in The Miami Statement.

Learning can come in many forms, including class lectures, discussions and research, but the first Global Public Affairs salon aimed to combine these forms into one engaging multi-departmental, student-faculty discussion.

Put together by Urban Planning professors Michael Storper and Steve Commins, this salon created a space for students and faculty from widely varied backgrounds in Public Policy to discuss major global public affairs topics outside of the traditional lecture setting.

The main topic of the night centered around the Bill and Melinda Gates Foundation’s 2014 annual letter, titled “3 Myths That Block Progress for the Poor.” The letter aims to debunk the following three global affairs myths (through research and media examples):

Once the debate commenced, students brought up points to defend or deconstruct each myth while faculty expanded on those ideas with information based on their own research and experience. Comments ranged from analysis of developmental markers to benefits of quantitative vs. qualitative data to dealing with corruption and misuse of foreign aid.

Professor Michael Storper led the discussion, emphasizing at the beginning that the goal of the salon was to take information learned in the classroom and apply it to engaging, intellectual debates. Other Luskin faculty members that participated included Steve Commins, Manisha Shah, Robert Schilling, Paavo Monkkonen and Susanna Hecht.