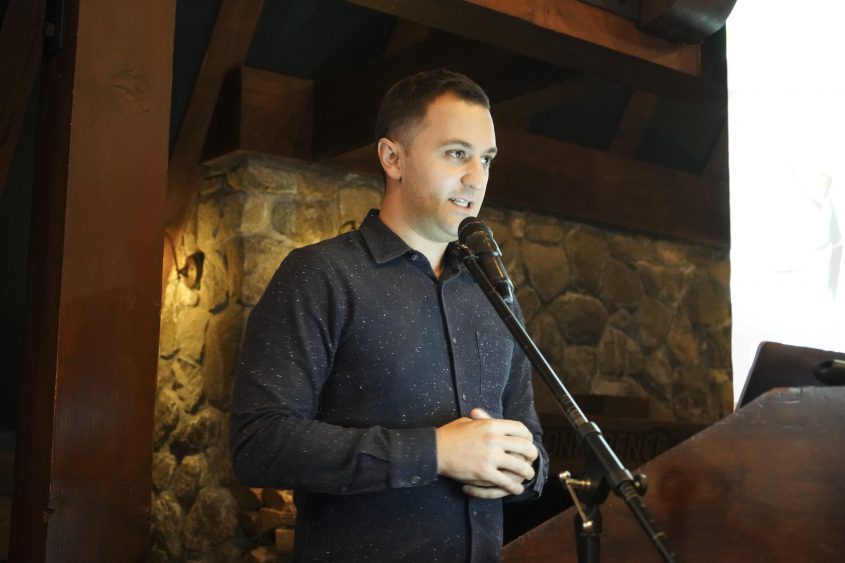 Among the featured speakers was John Zimmer, Lyft co-founder and president. Photos by Will Livesley-O'Neill

Getting around Southern California has never been easy. But the infamously congested region has grown even more complicated with the arrival of new private services — including ridehail companies such as Lyft and Uber and electric scooter operators such as Bird and Lime — looking to disrupt how people travel. 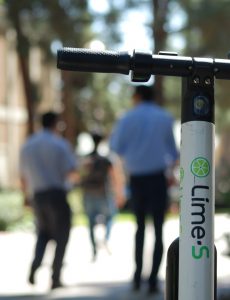 As in any field impacted by technology-fueled disruption, transportation policymakers want to find ways to adapt. And that requires taking stock of what the transportation system is meant to do and, more importantly, whom it is meant to serve.

This was the focus of the 28th annual UCLA Lake Arrowhead Symposium, hosted by the Institute of Transportation Studies (UCLA ITS) and Lewis Center for Regional Policy Studies, in October. At the university’s retreat center in the San Bernardino Mountains, dozens of the nation’s leading experts on transportation and land use policy pondered the symposium’s theme, “From Public Transit to Public Mobility.”

The changing nature of travel means different things for elected officials, planners, academics, advocates and tech leaders. But everyone fundamentally agrees that, as LA Metro chief planning officer and symposium panelist Therese McMillan put it, “there’s a public interest in how private activity happens in a public space.” The modes may change, but the mission of a safe, effective, accessible transportation system remains the same.

John Zimmer, co-founder and president of Lyft, set the tone for a discussion of balance between tradition and innovation. Lyft has been actively expanding beyond ridehailing into other forms of mobility, including e-scooters and automated vehicles. The company’s stated goal of providing more options for consumers and reducing the number of people driving

alone benefits the environment — as well as those profiting from the service.

But the way that some tech companies roll out new products — a “move fast and break things” model — often leads to public backlash.

Southern California has been ground zero for arguments about the traffic tie-ups and sidewalk clutter allegedly caused by ridehailing and scooters. Public officials are being forced to make policy on the fly — although some such as Francie Stefan, chief mobility officer in Santa Monica, describe that as an opportunity. Santa Monica recently partnered with Lyft, Uber, Bird and Lime to introduce new regulations on the number of e-vehicles in the city while funding infrastructure improvements.

“[We] made a conscious choice to embrace new technology and work through some of the kinks that are inherent in change,” Stefan says.

Technology also gives cities the chance to innovate and to fulfill some hard-to-implement planning goals. Willa Ng, an associate director at Google’s Sidewalk Labs, presented an example at her panel on “coding  the curb.”

“If we need to do more stuff at the curb, and we need to have those spaces constantly turning over, we can’t have it managed by a static aluminum sign,” Ng explains, outlining how creating a flexible digital management system could allow the same section of curb to be used for parking, ridehail drop-offs, delivery unloading, or as a bike and scooter lane depending on the time of day. New transportation technology can crowd and complicate the use of public space, but it can also help make sure the space is better used to benefit the most people.

For example, Anastasia Loukaitou-Sideris, a professor of urban planning at UCLA Luskin, recently spoke to the University of California for a story and accompanying video about e-scooters titled, “What the battle over scooters gets wrong.”

Urban planners recently adopted a model known as “complete streets” that involves rethinking how shared space is divided between a street and a sidewalk, Loukaitou-Sideris says. This model abandons the assumption that streets are for cars and sidewalks are for pedestrians.

“The complete street perceives the street as a space where different transportation modes can coexist: not only cars, but also buses, and lanes for trams, bicycles and scooters,” according to Loukaitou-Sideris. “Nobody wants to compromise the safety of anyone by mixing these modes. So that’s where planning and design needs to come in.”

People-centered design — of services, systems and infrastructure — is at center stage in these policy discussions. Technology needs to be a tool to help improve transportation for people, not an end goal in itself.

“A lot of people are really annoyed with private capital coming into the mobility space without understanding people’s travel needs,” says Clarrissa Cabansagan of the Bay Area climate change nonprofit TransForm. But tech disruption will be worthwhile if it provides people with more options to get around besides driving their own car, she says. 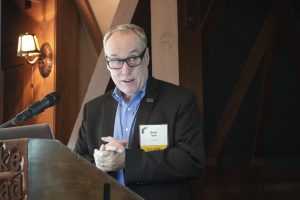 Urban Planning Professor Brian D. Taylor, director of UCLA ITS, co-authored a groundbreaking 2018 study that found that Southern Californians are buying more cars than ever and turning away from public transit. That’s the exact opposite outcome of what policymakers had sought and shows the need to set new priorities for shared public spaces.

“We have to manage the automobile more intelligently. We can’t just allow people to drive anywhere they want, anytime they want,” Taylor says. “We need to create environments that are more conducive to travel by foot, by bike, by scooter or by public transit.”

“We should really focus on making the core strength of transit something we do incredibly well,” says Houston-based planner and author Christof Spieler, who spoke at the conference. With transit ridership falling across most of the country, new policies need to make riding the bus as easy as hailing a Lyft, he says, noting that public transit can move many more people much more effectively than any ridehail vehicle or scooter.

Bay Area transportation advocate Ratna Amin argues that focusing on riders as people, not cogs in a machine, is key.

“When we think about public transit as a utility, we focus on the bare minimum: We got the service out, it’s clean enough, the doors opened, the bus stop is there and it’s labeled,” Amin says. “We need to actually talk to people and find out what their experience is, and try different possibilities out to see if they improve the experience.”

Seattle is one of just a few American cities to see an increase in transit ridership in recent years. Terry White, the deputy general manager of Seattle’s transit operator, believes one factor has been key to success: an emphasis on making sure service is equitable.

“Transportation is a human right for everyone,” White says. “We’re trying to make sure everyone gets an opportunity to

That’s ultimately what a better transportation system will mean — mobility for all, regardless of whether they take a bus or ride a scooter. Efficient use of public space lessens the need for gridlocked, polluting private vehicles.

The disruption of old transit methods is still in its early stages, with plenty of blind spots to be navigated. But as Juan Matute, deputy director of UCLA ITS, recently told LA Weekly, it’s important to remember that the disruption from new technology is likely to lessen over time.

“The safety hazards are comparable to those for automobile use,” Matute said of the new innovations, particularly e-scooters. “We’ve had over 100 years to figure out a lot of things.” 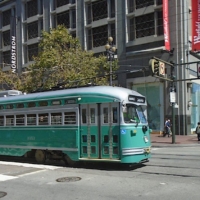 Wachs on the Past, Present and Future of L.A. Traffic

In the Weeds of Legalized Pot
Scroll to top