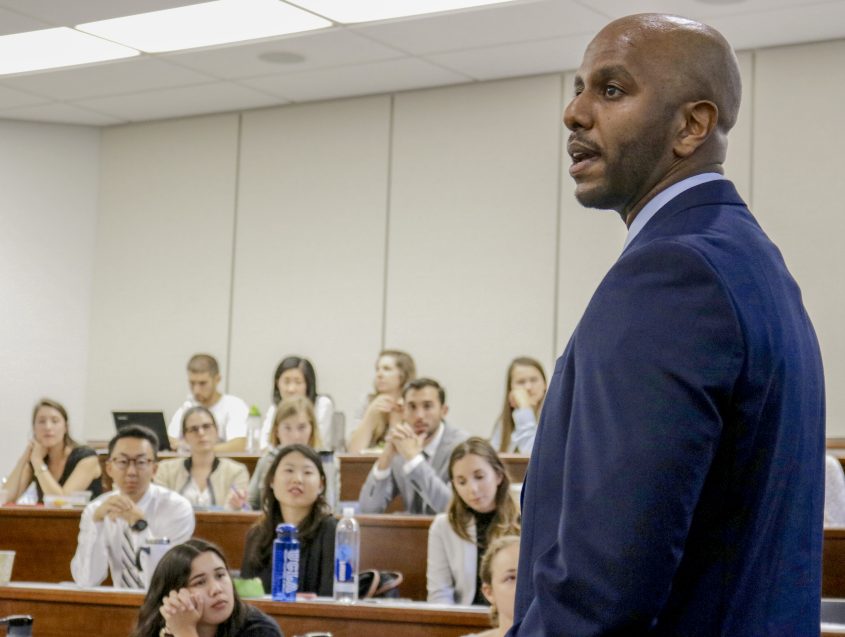 By necessity, the Master of Public Policy (MPP) students at the UCLA Luskin School of Public Affairs quickly begin learning skills and tools to complete the program and prepare for problem-solving careers in the public, private and nonprofit sectors.

The students, working in groups, must clear one final hurdle to graduate: the Applied Policy Project presentation.  Each group has 20 minutes to impress faculty and peers by showcasing what they have learned during two rigorous years of study.

Each year, a diverse group of clients “hire” the students, usually in teams of two or more, to tackle real-world problems and offer actionable recommendations and feasible solutions.

“I think one of the exciting aspects of the APP is the variety of topics covered,” said Manisha Shah, associate professor of public policy and faculty coordinator of the program. “Because our students have a diverse set of interests and because we encourage them to identify their own clients, the result is an interesting variety of APP projects.” 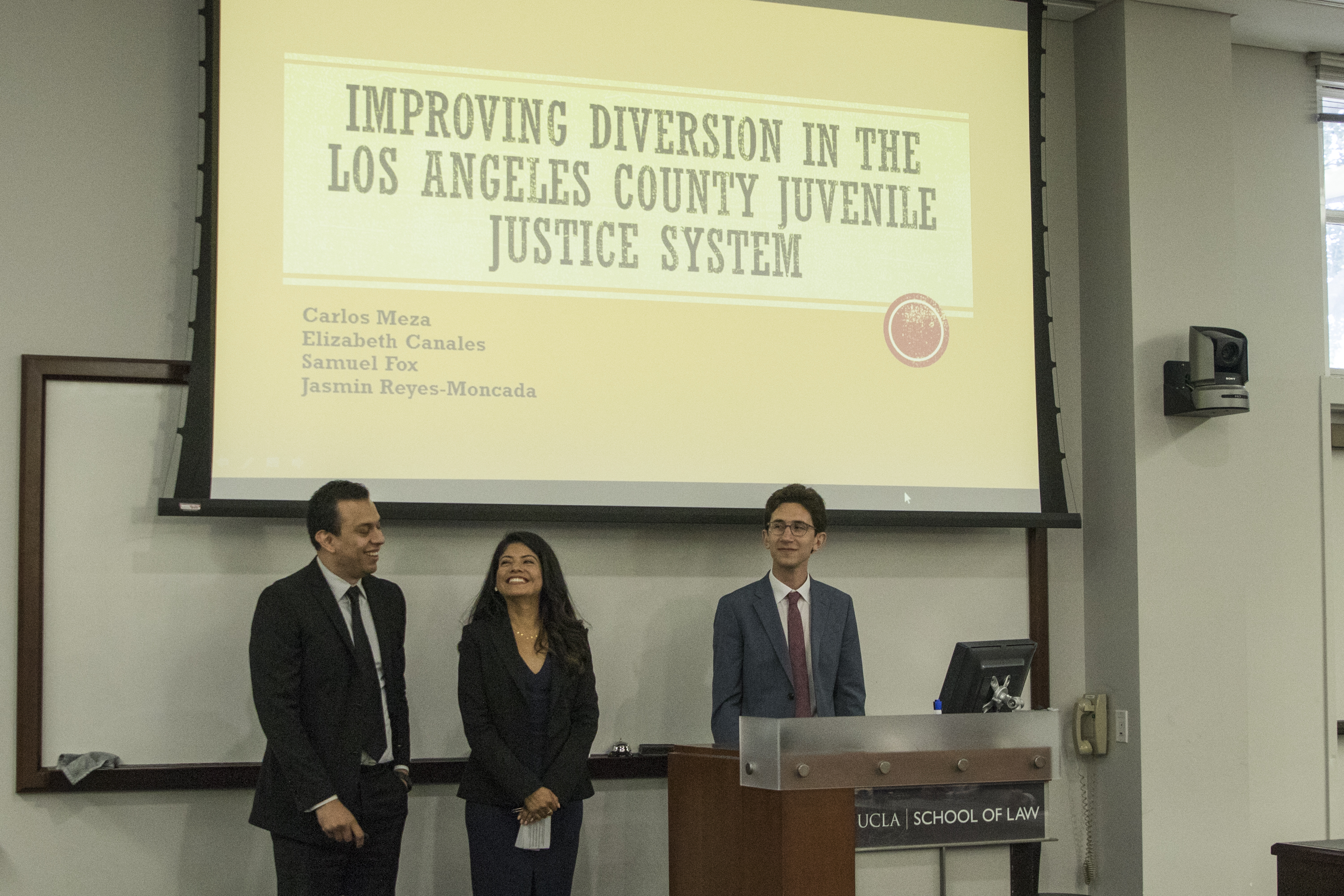 Among this year’s clients were the Southern California Association of Governments, Covered California, Peterson Institute for International Economics and a member of the California State Assembly. Internal clients included a research center within the Luskin School, a professional program elsewhere on campus and the University of California’s Office of the President.

“The first-year curriculum of the MPP program is tool-driven,” Shah said. “What I mean by that is we try to give students a diverse set of tools — both quantitative and qualitative — that will help guide them through the APP process and ultimately go out into the real world and conduct policy analysis on issues close to their hearts.”

Shah said she was fortunate to advise a diverse set of APP groups this year. One group of students found that behavioral tools such as reciprocity and commitment devices should be implemented in schools to increase consumption of fruits and vegetables in an attempt to combat obesity. Another group helped improve the service delivery model of an organization in L.A. that tries to get at-risk youth into better employment opportunities. And another group proposed interventions and policies aimed at reducing displacement and gentrification in South L.A.

In all, 18 presentations were made. Luskin faculty watched and then asked questions that tested the students’ depth and breadth of knowledge and the thoroughness of their projects.

The range of projects is broad, including:

A closer look at some of this year’s APPs follows.

Applying qualitative and quantitative methods to their study for the UC’s Office of the President, Traci Kawaguchi, Yuhan Sun and Eri Suzuki focused on the need for connections in their analysis of system-wide retention by gender in engineering at the undergraduate level. They initially determined that the retention rate of female engineering students was significantly lower than for male engineering classmates across the UC system.

Their faculty adviser, Professor of Public Policy John Villasenor, also holds an appointment in electrical engineering at UCLA. He helped connect them with UCLA engineering students, which led to interviews with aspiring female engineers.

Women and men had similar levels of academic performance in the first year, but the qualitative interview uncovered that “affinity groups play a key role in affirming engineering identity and belonging in the field,” according to the UCLA Luskin students’ written summary.

“I think the big thing that came up was just the idea of fitting in,” Kawaguchi said. “When you go into a classroom that is 80 percent male … it may make you feel that you don’t necessarily belong.”

Team members analyzed policy options based on anticipated effectiveness, cost feasibility and institutional feasibility, and they recommended support for female students based on a sense of community and belonging. Adoption of residential living communities and formal peer mentoring programs for female undergraduate students in engineering were also recommended.

A Program to Help Plug-In Commuters

Another APP team focused on plug-in vehicles with a limited range on all-electric power that switch to gasoline-based power after batteries are exhausted. Specifically, the group studied how workplace charging stations in Los Angeles could increase the number of miles that vehicles travel without burning gasoline.

The students found that nearly 6,000 plug-in hybrid commuters could benefit from workplace charging but currently do not have access. Full support of those commuters’ vehicles would yield about 76,000 additional miles driven on electric power each day.

The potential increase is concentrated in just a few zones. Di Filippo said that the group used a tool from the Environmental Protection Agency to identify zones that fall within disadvantaged communities that might require additional support, which were more than a third of all zones identified as having potential for investment across Los Angeles County. SCAG should direct additional funding toward those disadvantaged communities to ensure that the benefits are distributed equitably, the students said.

Di Filippo said that the APP process was challenging but rewarding. “I credit my teammates for pulling together quickly, conceptualizing and delivering a strong report that offers actionable information for SCAG’s electric vehicle charging infrastructure siting decisions in only eight weeks,” he said. “My team was fortunate to have the support of faculty and peers who were invaluable in shaping our thinking on key aspects of the report.”

Sarah White and teammates Sydney Ganon, Hiroto Iwaoka and Jonathan McIlroy examined behavioral economics for tools in nutrition education curricula. Their goal was to promote long-term healthy food choices and habits in third and fourth grade students in light of a growing recognition of negative health outcomes of childhood obesity.

“While the field of behavioral economics is still fairly new, we read a lot of the existing literature and had reason to believe that really low-cost interventions could potentially have large impacts on getting people to make better choices for themselves,” White said.

One challenge that behavioral economics has “rarely, if at all, studied within the realm of children’s nutrition.” That made evaluating different policy options more difficult. “We had to evaluate each policy option on our own,” White said.

The group’s recommendations bundled three potential behavioral tools that are cost-effective. Giving attractive names such as “power peas” to fruits and vegetables in the cafeteria would frame foods in a way that is appealing to children. Giving students something as simple as a sticker and thanking them for choosing the healthy option would promote reciprocity. Having students set goals for eating better would make them more likely to stay committed. For one student, Ayappa Biddanda, the final APP presentation was a long time in the making. In the early 2000s he left UCLA Luskin to pursue an opportunity that turned into a career in the music industry. He came back this year to do his final presentation — and thus finish his master’s degree.

Biddanda’s project evaluated the impact of an educational enrichment program called Rock the Classroom that paired local musicians with students in the Los Angeles Unified School District. Biddanda’s solo presentation on the final night of the APP program literally rocked the classroom with musical sound bites and his enthusiastic, informative and professionally presented argument that, in education, “art matters.”

Wrapping up two decades of APP presentations, Mark Peterson, chair of the department, thanked the students for their efforts. “I really want you all to applaud yourselves,” he said. “The hard work that went into all of the presentations was obvious to us all, and we really just admire the time you put into all of this and the work that you did to put these presentations on a scale of professionalism that we like to see.”

The 2017 APPs ended on a bittersweet note, with Peterson acknowledging the retirement of a key player. Maciek Kolodziejczak is a longtime UCLA staff member who joined the public policy program when it was founded more than 20 years ago and has long coordinated the APP presentations.

“Sadly, this is the last time that this part of the APP program will be orchestrated, moderated and run by Maciek,” Peterson said. 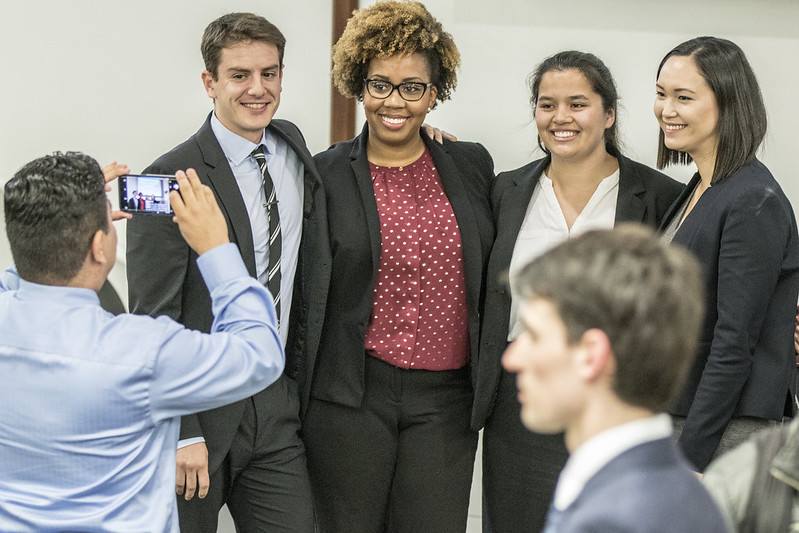 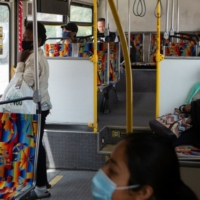 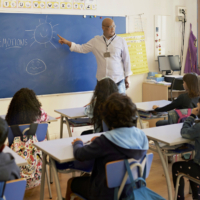 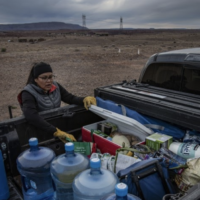 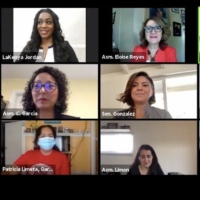 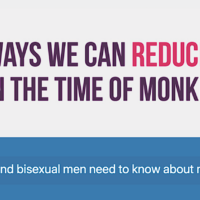