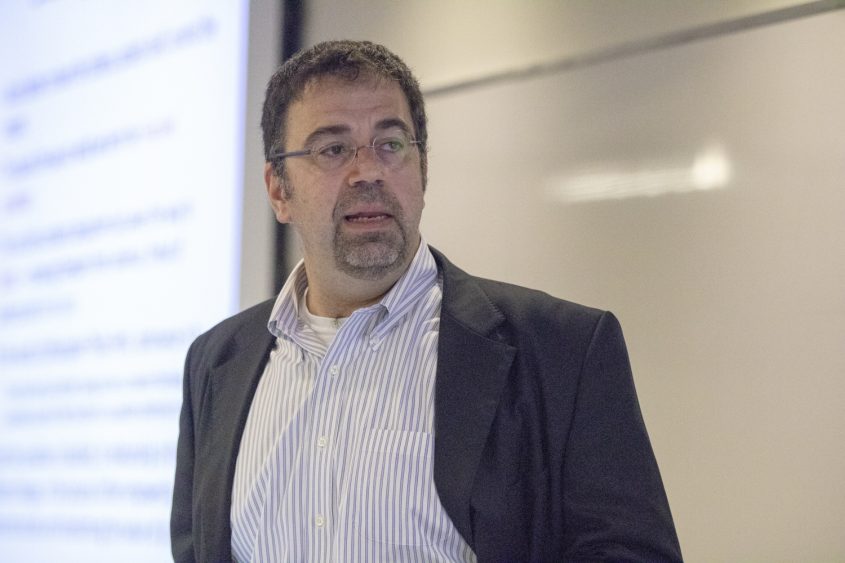 Governments with too much or too little power can be problematic. Just ask Daron Acemoglu, the 2018 Perloff lecturer at the UCLA Luskin School of Public Affairs.

In his remarks on May 8, 2018, at the Luskin School, Acemoglu reviewed some of his most recent work about institutions and societal outcomes. The event shared a title with his upcoming book, “The Narrow Corridor to Liberty: The Red Queen and the Struggle of State Against Society,” which he is co-authoring with James A. Robinson.

When it comes to issues of authority, Acemoglu said, striking the right balance is key. Too much or too little state power can lead to catastrophic violence and warfare.

“A lot of social and political theory is built around avoiding these sorts of scare scenarios,” he said.

At one extreme, a society where the government loses its means to govern can lead to chaos. Acemoglu shared a picture of the decimated city of Mosul, Iraq, following an ISIS takeover in 2014.

“This is an iconic case of what happens when a government’s law enforcement function collapses and anarchy prevails,” Acemoglu said.

On the flip side, governments with too much power can perpetrate the chaos directly. Such is the case with the state-led persecution of the Rohingya minority in Myanmar.

“What’s remarkable about this is that it wasn’t caused by the collapse of the state but was actually perpetrated by the state,” he said. 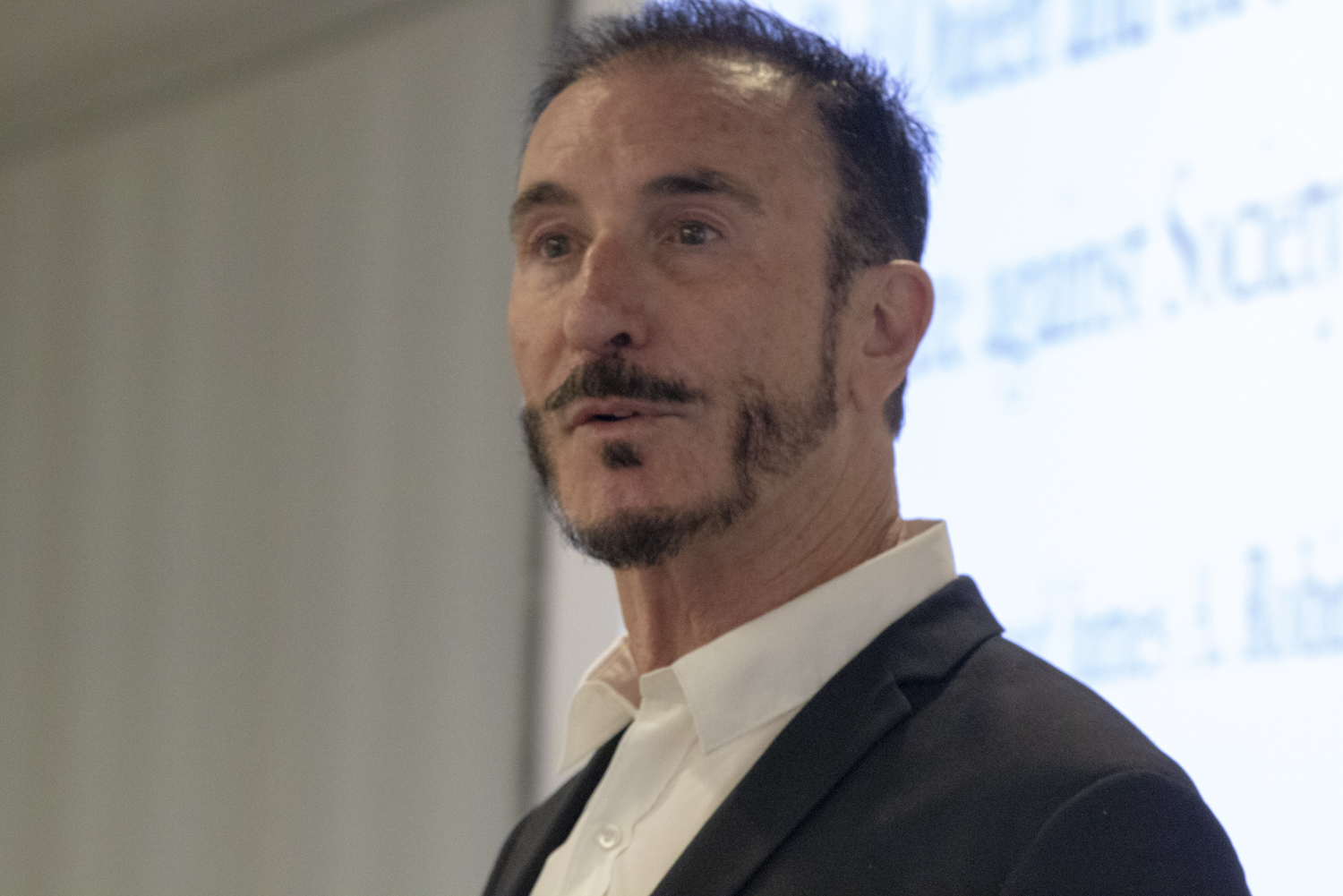 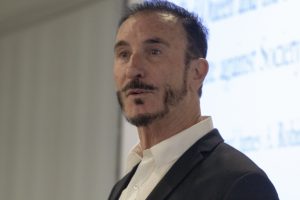 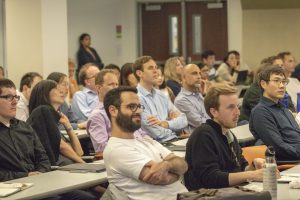 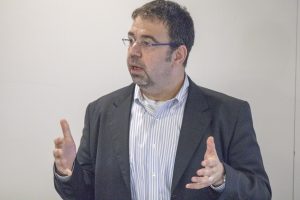 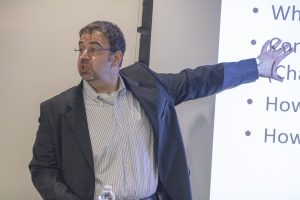 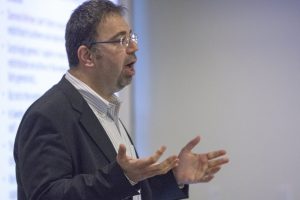 Another example of a government’s unchecked power, Acemoglu said, is China’s use of mass-pooled data to maintain social order.

Acemoglu’s upcoming book discusses the notion of “Shackling the Leviathan.” The Leviathan, as he describes it, is a large-scale controlling state entity, either a governmental institution or a ruler. “Shackling” the Leviathan is the process by which the state’s non-elite public obtains control of the Leviathan’s operations by instituting checks and balances. Acemoglu cites the United States and United Kingdom as nations that have successfully tamed the Leviathan.

“Once you create an environment in a society where its citizens shackle the Leviathan, not only does this pave the way for the emergence of liberty, but it fundamentally changes the nature of politics,” he said.

Even in modern times, some societies have managed to exist largely in peace with either extreme or absent governing structures. The Tiv in Nigeria operate without any centralized government, Acemoglu noted.

For states that successfully shackle the Leviathan, Acemoglu says, the challenge becomes maintaining the status quo. The “Red Queen” refers to a line in Lewis Carroll’s “Alice in Wonderland,” in which the monarchic leader notes, “It takes all the running you can do to stay in the same place.” Maintaining such a balance between state and citizen control is often a work in progress, and a painful one at that.

“You have to keep on running,” he said.

Acemoglu is an economics professor at MIT focusing on political economy. His prior work includes research on the role of institutions in economic outcomes for various countries.

The Harvey S. Perloff Lecture Series is named for the founding dean of the UCLA Graduate School of Architecture and Urban Planning, which has since evolved, in part, into the Luskin School. The event was sponsored by UCLA Luskin Urban Planning and Public Policy and by Global Public Affairs.

“There’s a kind of interesting continuity over time with the themes of this lecture,” Storper said. “Institutions are the foundations of economic and social work.”

Nearly 75 students and faculty members were in attendance at the evening lecture, which was followed by a reception. 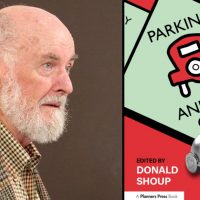 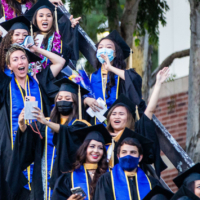 The Art of Shaping Opinion: Lessons From Three Experts
Scroll to top