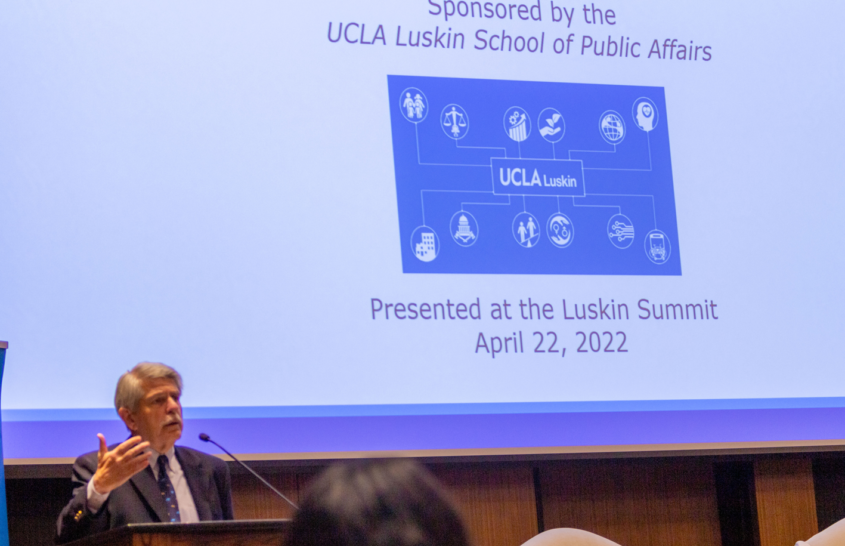 Zev Yaroslavsky oversees the Quality of Life Index, which has been measuring the satisfaction of L.A. County residents across nine categories for seven years. Photo by Les Dunseith

They don’t like paying more for gasoline, fresh eggs or electricity. They’re worried about their family’s health and their children’s education. They don’t like hearing that homelessness and crime are up, and their confidence in public officials to solve such problems is down. And COVID-19? They just want to be done with it.

Those are some of the key takeaways from the latest Quality of Life Index, or QLI, a project of the Los Angeles Initiative at the UCLA Luskin School of Public Affairs that measures county residents’ satisfaction levels in nine categories. The overall rating fell sharply, from 58 last year to 53 on a scale from 10 to 100, marking the first time it fell below the survey’s 55-point midpoint since the index launched in 2016. That means a majority of respondents are dissatisfied with the overall quality of their lives.

“For the first time since the inception of this survey, respondents’ ratings dropped in each of the nine categories, and eight of the nine fell to their lowest rating ever,” said Zev Yaroslavsky, director of the Los Angeles Initiative, who oversees the index. 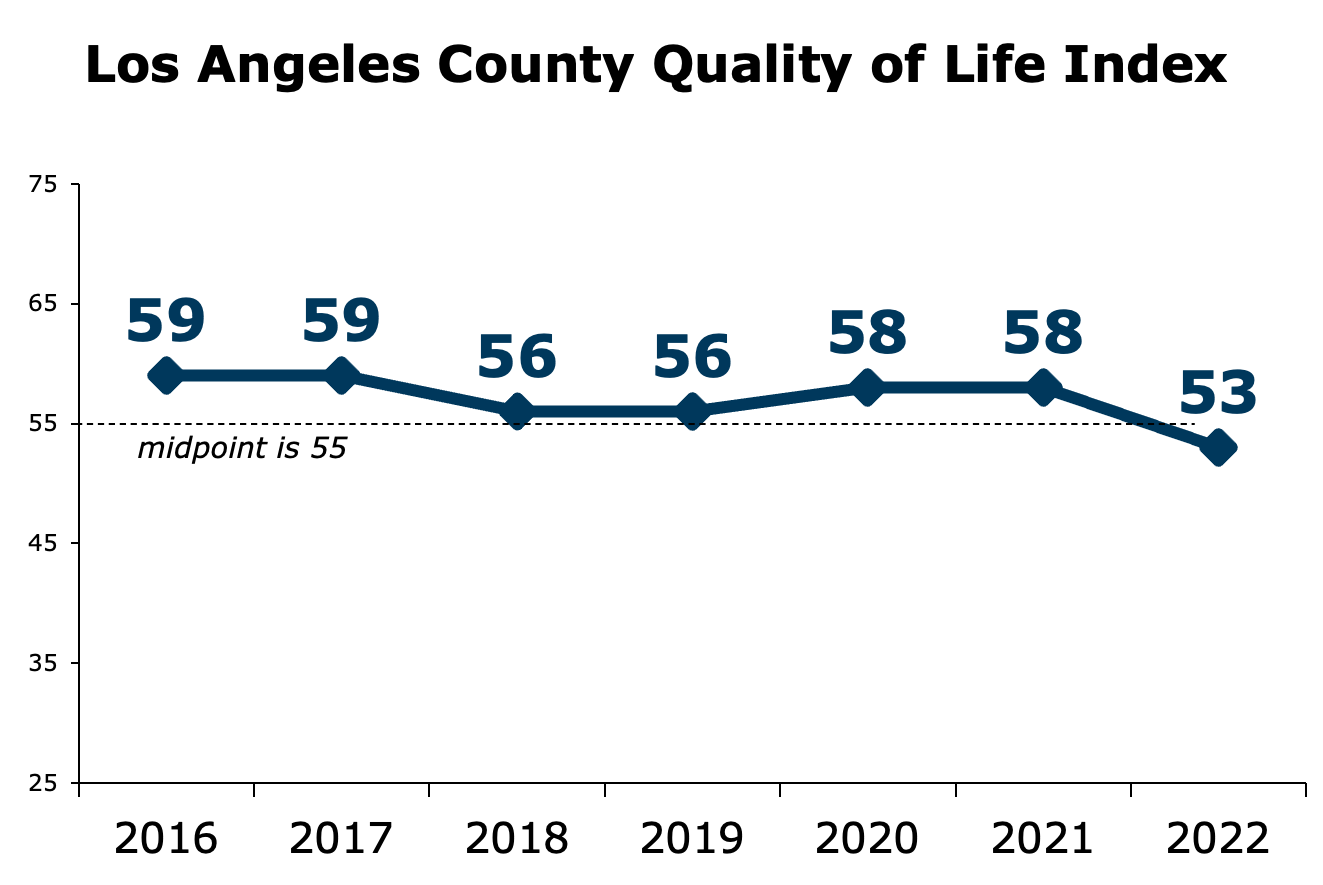 Researchers noted that overall satisfaction had remained relatively stable, between 56 and 59, throughout the survey’s first six years, despite drought, fires and the profound societal changes of the pandemic. But that changed as prices of food, gasoline and public utilities spiked in recent months — a trend that accelerated in the weeks after Russian troops invaded Ukraine in late February.

“What the pandemic couldn’t do over the last two years, inflation and increases in violent and property crime succeeded in doing,” Yaroslavsky said. “It appears that the dam has burst this year.”

This year’s QLI is based on interviews conducted in English and Spanish with 1,400 county residents over 30 days beginning on March 5. The survey has a margin of error of plus or minus 2.6%. 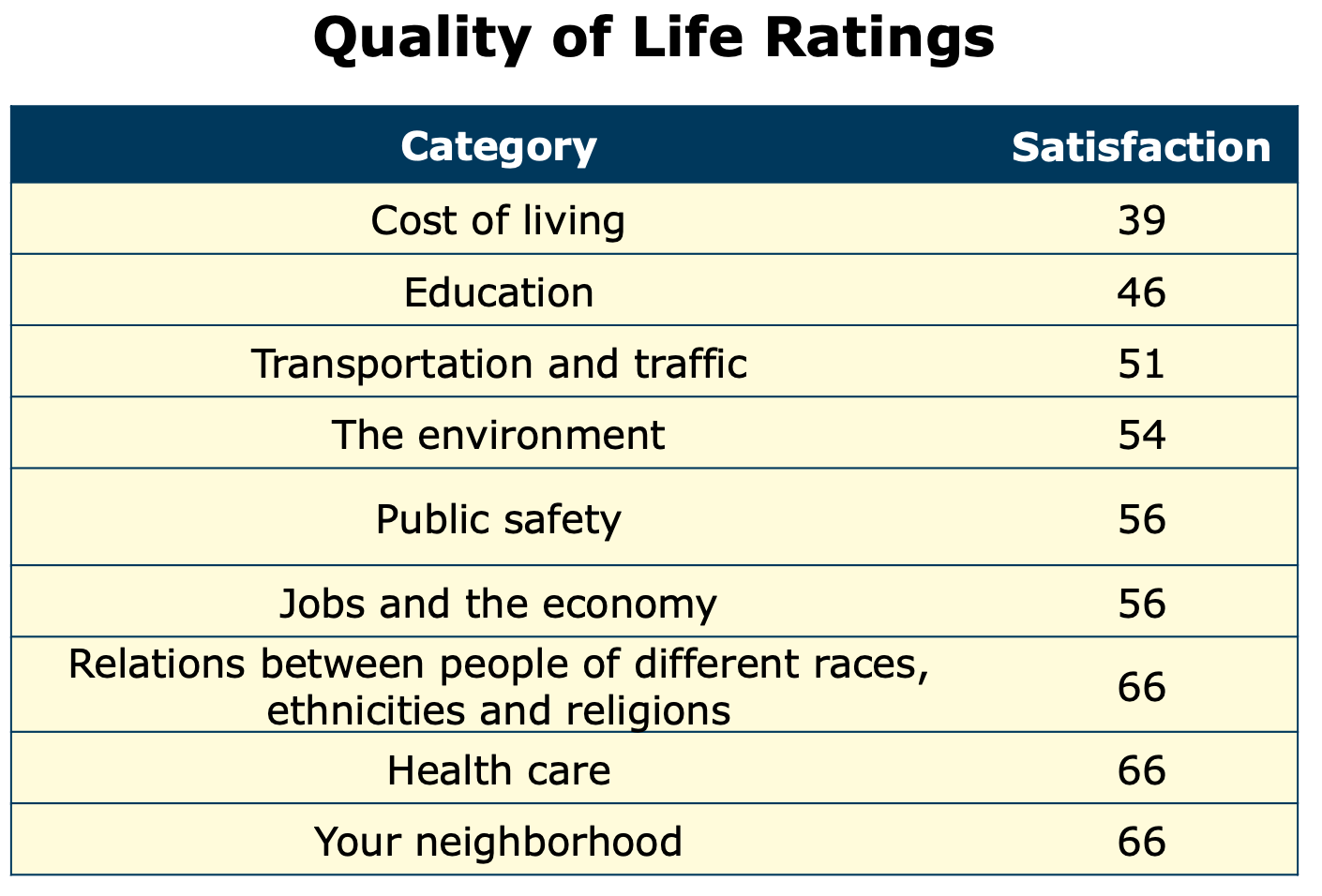 Scores declined in all nine of the survey categories, but the issues that were most responsible for the overall decline were cost of living, education and public safety.

“These three issues contributed heavily to the overall drop in our respondents’ satisfaction,” Yaroslavsky said. “Clearly, they are driving the political debate in this year’s city and county elections.” 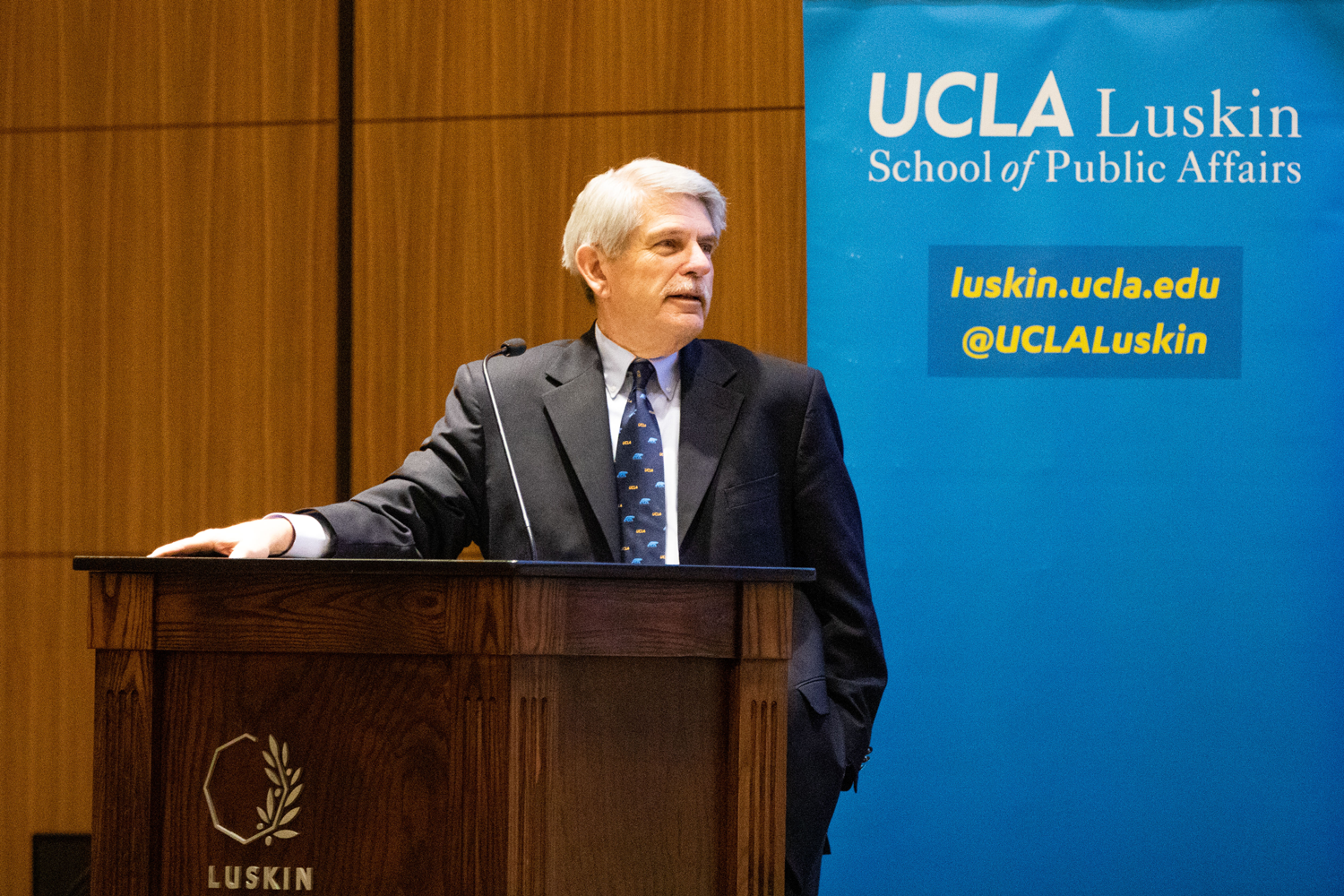 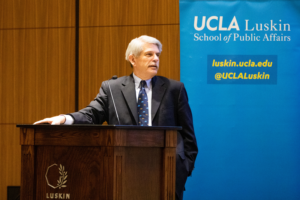 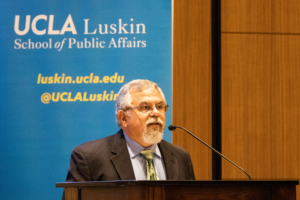 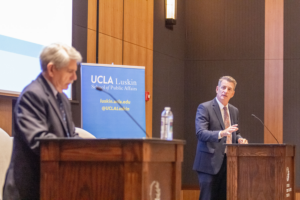 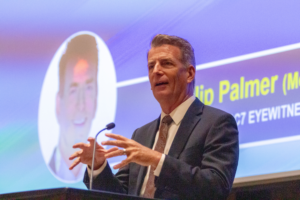 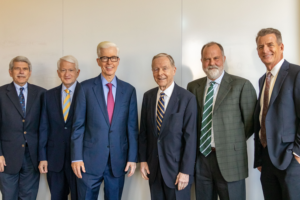 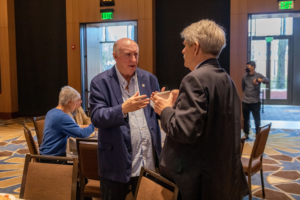 Among the other results:

Most respondents, 69%, said life has been fundamentally changed by the COVID-19 pandemic. Only 28% said that life would return to the way it was before.

“COVID has taken its toll on our society in profound ways,” Yaroslavsky said. “This finding — that life has been permanently altered — may be the most profound.”

Of survey respondents who are employed, 55% said they always leave home to go to their workplace, 18% always work at home and 25% have a hybrid schedule.

One potentially lasting consequence of the pandemic relates to education. Seventy-one percent of parents of school-age children said they feel their kids have been substantially hurt either academically or socially by having to learn remotely. That figure was only slightly lower than it was in the 2021 survey, even though most students had returned to in-person instruction by the time the 2022 study was conducted. The parents who were most concerned were those who leave home to work (79%) and those with incomes under $60,000 (76%). 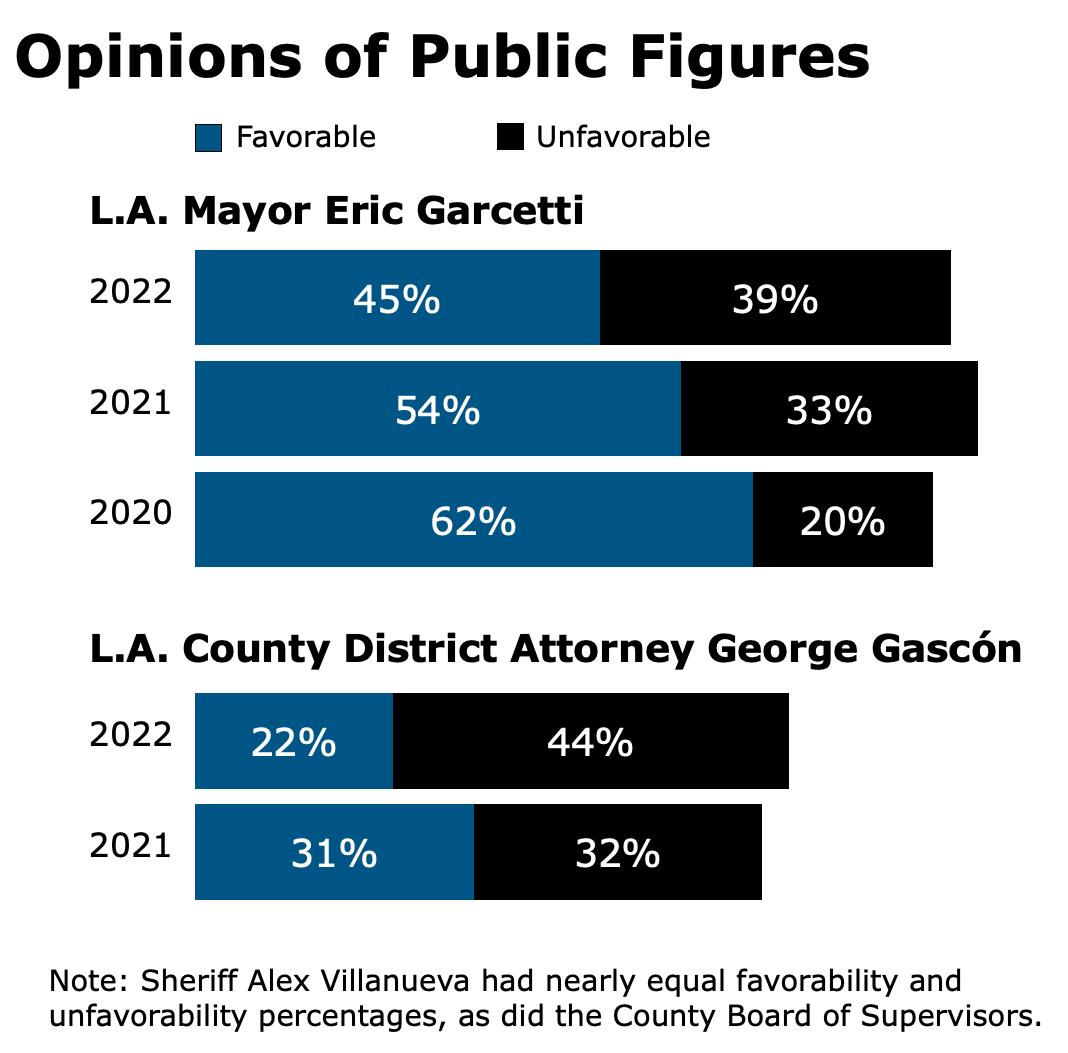 The survey also examined approval ratings for local elected officials. Mayor Eric Garcetti was viewed favorably by 45% of respondents, down from 62% in 2020.

The Quality of Life Index is funded by Meyer and Renee Luskin through the Los Angeles Initiative. The report was released as part of the closing event in this year’s UCLA’s Luskin Summit, held April 22 at the Luskin Conference Center at UCLA. Phillip Palmer of ABC7 in Los Angeles moderated a discussion with Yaroslavsky, followed by a Q&A in which former California governors Gray Davis and Pete Wilson discussed the “State of California” with Jim Newton, editor in chief of UCLA Blueprint magazine.

The QLI was prepared in partnership with the public opinion research firm FM3 Research.

View the full report and other information about this year’s study, plus previous Quality of Life Indexes, on the website of the UCLA Lewis Center for Regional Policy Studies.

Watch a recording of the session on Vimeo.

See additional photos from both April 22 sessions on Flickr: 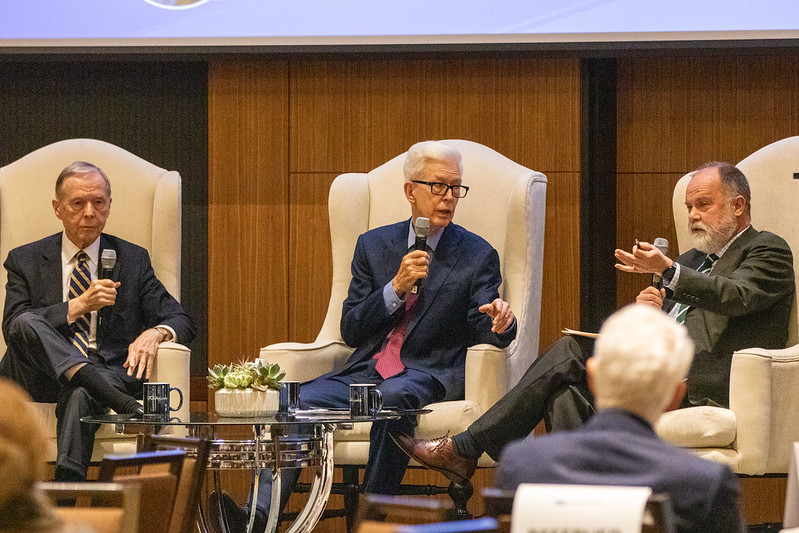 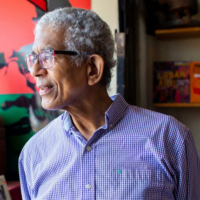 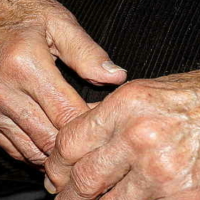 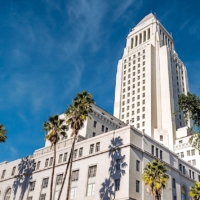 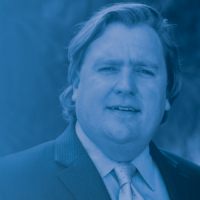