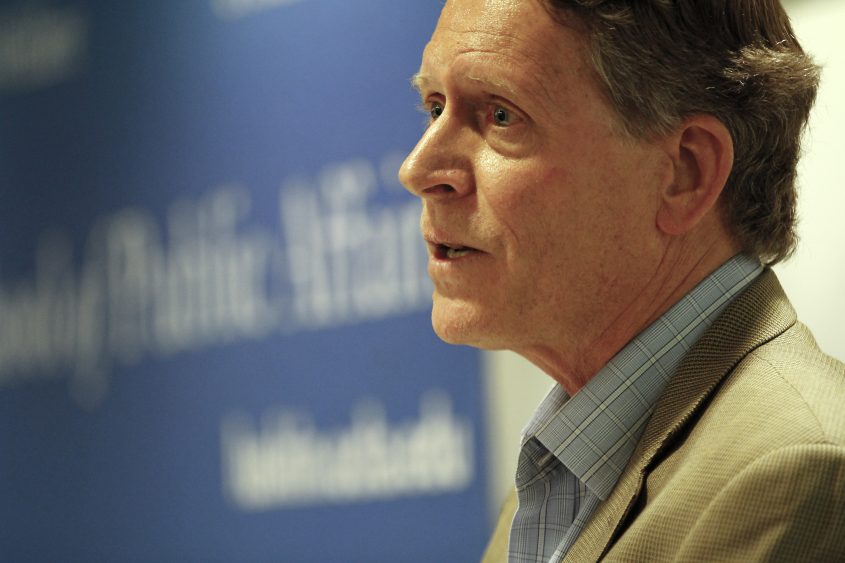 Spearheading the discussion was Brian Richter, an adjunct professor at the University of Virginia and author of the book “Chasing Water.” Photo by Les Dunseith

“Every Californian should think about water the same way they think about electricity — you just don’t waste it.”

This sentiment expressed by Debbie Franco of the California Governor’s Office of Planning and Research is typical of the conservation advice offered by a panel of water experts during a Feb. 22, 2017, presentation at the UCLA Luskin School of Public Affairs.

Spearheading the discussion was Brian Richter, an adjunct professor at the University of Virginia and author of the book “Chasing Water.” Richter outlined the historical relationship between humanity and water. He also explained his ideas to formulate a “water market” that would monetarily encourage responsible water usage on the personal, industrial and governmental levels.

“Disruption needs to happen more on the governmental level,” said Richter about the best approach to lessen overuse and foster more cooperation between city, local and state governments regarding an ongoing world water crisis. An example of intergovernmental partnerships is San Diego’s annual $60-million investment to encourage smarter water use by farmers in the Imperial Irrigation District in return for access to a third of the city’s water supply. The Luskin Center for Innovation’s Greg Pierce led a question and answer session with the panelists regarding water conservation policy. Photo by Les Dunseith

Water is especially important for California governments and residents in light of the historic drought affecting the region. During a question and answer session led by the Luskin Center for Innovation’s Greg Pierce MA U.P. ’11 UP PhD ’15, panelists discussed how to keep momentum toward sustainable water systems despite recent downpours estimated at about 19 total inches of rain — equal to about 27 billion gallons of water.

Franco argued that the solution to the water issue needs to go beyond collaborative government — it has to become a way of life.

“One of the key elements that we are missing in California are folks that understand water,” she said. “We need people to feel like they are water managers in their own home. That’s an important first step toward a thriving and active participation in local government.”

She said such participation helps propel effective action at all levels. Richter added that “77 percent of all Americans have absolutely no idea where their water comes from.”

He noted a core argument of his book, that in order to have a fully active and informed citizenry, the science and policy communities need to fully understand water themselves.

Panelist Liz Crosson from the Los Angeles Mayor’s Office told the large crowd that attended the session that Los Angeles has instituted a Save the Drop campaign in partnership with the mayor’s fund, working to reach a 20 percent reduction from the 103 gallon per day of water usage per capita in the city. Even if successful, that mark is well short of Australia’s average of 50 gallons per day as noted by Richter in his book and lecture.

The city’s plan involves combating water illiteracy in combination with incentives and restrictions on water use. The city has also updated its rate structure to be more compatible with different socioeconomic brackets.

Still, Crosson warned, “Here in L.A., just because it is raining does not mean our water supply is in much better shape. We are trying to change that, but that’s a long time coming. This is now about a Californian way of life.”

Panelist Angela George of the Los Angeles County Department of Public Works said she believes the most effective methodology would be a campaign to instill in children the techniques and habits of water conservation. “It is important to get into our schools and educate where our water comes from — a local perspective.”

Amid a crowd that included UCLA Luskin students and faculty as well as interested members of the community, passions sometimes ran high, with some questioning whether current efforts and ideas are sufficient to truly improve water conservation.

Panelists noted the importance of individuals working closely with local government in order to push for reforms they want to see.

“You have to find out how to mobilize the political wherewithal,” Franco said. “Show up and know what’s going on, and keep telling what you want.”

The lecture and panel discussion were put together by the UCLA Luskin Center for Innovation in partnership with Island Press as part of a speaker series known as Luskin Innovators. 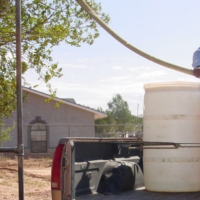 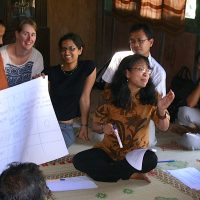 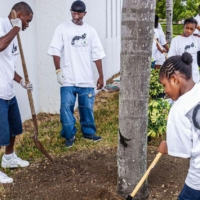