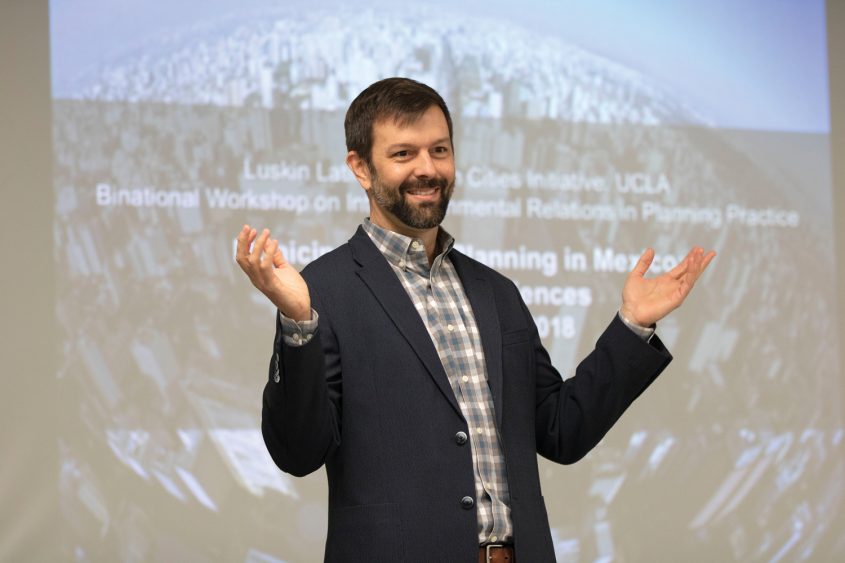 They came from Sacramento in the north, Mexico City in the south and points in between, drawn to the UCLA Luskin School of Public Affairs by a common pursuit: increasing access to high-quality housing in urban areas where opportunities abound.

It’s a worthy goal, shared across borders but beset by a lack of consensus on how to achieve it. So planners, professors and government officials from throughout Mexico and California gathered to share their insights on moving forward, invited by one of UCLA Luskin’s newest ventures, the Latin American Cities Initiative.

The workshop visitors — along with urbanists throughout the region — have much to learn from one another, said Paavo Monkkonen, associate professor of urban planning and public policy, and founding director of the initiative, known as Ciudades.

“Los Angeles is home to millions from across Latin America,” Monkkonen said. “Because of this shared history and present, and because of the potential for urban learning across the region, we established Ciudades to deepen our connections and intellectual exchanges.”

Launched in early 2019 with the support of UCLA Luskin Dean Gary Segura, the initiative is just the latest example of the School’s global ambitions and outreach.

With the international city of Los Angeles as a home base, faculty have spearheaded research into HIV-infected youth in sub-Saharan Africa, mass protests in Ukraine, sex markets in Indonesia and degradation of the Amazon rainforest, among many other pursuits.

The School’s Global Public Affairs program brings graduate students into the mix, preparing them to navigate an increasingly integrated world. GPA students choose from a wide array of concentrations, including political dynamics, health and social services, the environment, development, migration and human rights.

Ciudades zeroes in on the Western Hemisphere. The binational, bilingual workshop on urban housing was just the type of cross-pollination of ideas that the initiative was created to foster.

In cities across Mexico and California, low-density sprawl has limited access to jobs, transit, retail and parks, creating roadblocks to prosperity. But federal and state programs to remedy this with denser urban development have met with resistance from municipalities, which often face political blowback.

Bridging this divide was the aim of the Ciudades workshop. Planners, academics, students and officials from all levels of government, including the cities of Tijuana, Ensenada, Compton and Los Angeles, came together to share data, resources and cautionary tales. Among them was Haydee Urita-Lopez MURP ’02, a senior planner with the city of Los Angeles.

“I’m just very happy today that we’re able to collaborate at this academic and practical level,” Urita-Lopez said, inviting her colleagues to continue the conversation in the weeks and months ahead. “We share an integrant political, social and cultural history. … Geopolitical lines on a map have not erased our cultural ties.”

Ciudades focuses on urban spaces in the Americas, but the topics it embraces are unlimited. Local democracy, public finance, indigenous populations and historical preservation will steer the dialogue in a knowledge network that reaches across disciplines as well as borders, Monkkonen said.

He envisions field visits by faculty and students from each of UCLA Luskin’s graduate departments, Public Policy, Social Welfare and Urban Planning. Grants and internships will promote Latin-focused student research.

Monkkonen’s studio courses in Baja California provide one model for learning: Students identify a problem, define the scope of their analysis, then conduct interviews, site visits and scholarly readings to develop practical solutions.

Ciudades also brings voices from across the Americas to campus. Over the 2019 winter quarter, students and the public heard from experts on social mobility in São Paulo, indigenous groups in Cancun, sustainable development in Bogotá and many other topics as part of the weekly Ciudades Seminar Series.

“Academia and professional practice can benefit a lot from greater levels of communication,” and that interplay creates a spirited learning environment, Monkkonen said. When students speak with practitioners, both sides ask questions that professors may not have thought to ask, he added.

The connections that Ciudades is forging will make UCLA Luskin a draw for graduate students, planners and policymakers from across the region, Monkkonen predicted. Looking ahead, he envisions quarter-long exchange programs with universities in South America and Central America.

“Our student population is so Latin-descended, and many want to study in the places their parents are from,” he said.

Monkkonen has been interested in the Spanish-speaking world since he can remember. Enrolled in a Culver City elementary school that offered one of the first language immersion programs, he became fluent as a child. As a young man, he taught English as a second language in Spain and Mexico. His wife is from Mexico and his daughter is a dual citizen. Monkkonen is a permanent resident of Mexico and is currently applying for dual citizenship.

Much of Monkkonen’s long-term research is based in Mexico, but he has also conducted studies in Argentina, Brazil and across Asia. UCLA Luskin, he said, is an ideal laboratory for urban studies in the region.

In March, Ciudades posed the question “Is L.A. a Latin American City?” Author and journalist Daniel Hernandez and UCLA’s Eric Avila debated the question at a forum moderated by Monkkonen.

The answer, they concluded, was both yes and no.

Los Angeles “is developing in a way that only benefits the people who already have money,” a familiar pattern in Latin American cities, Hernandez said.

Avila, a professor of Chicano studies and urban planning, said the city’s population and built environment are very Latin but “Los Angeles is not a Latin American city in regard to the historically sustained efforts to whitewash and erase the Spanish and Mexican past.”

The panelists touched on racial hierarchies, environmental justice, gentrification, food, art and identity. It was merely one of many conversations Ciudades intends to spark.

“We hope that this initiative is just the beginning of something larger that deepens ties across South, Central and North America,” Monkkonen said.

Zoe Day contributed to this report. 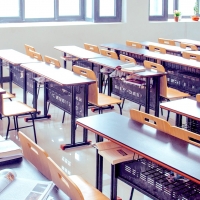 The Practical Benefits of Experience
Scroll to top