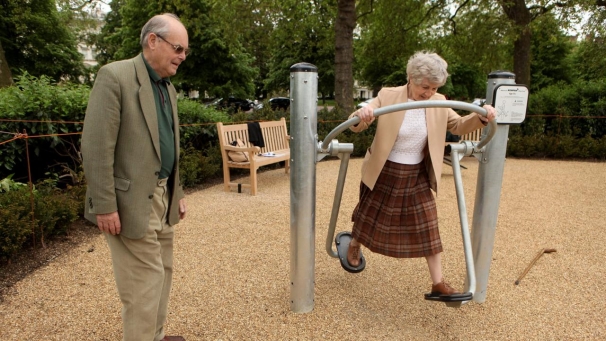 Urban Planning Professor Anastasia Loukaitou-Sideris spoke to the BBC about the growing trend of parks designed for older adults. Inspired by Chinese parks with machines for gentle stretching and strength training, governments around the world have started building playgrounds to improve health among older populations. Loukaitou-Sideris stressed the importance of accessible design. “Often older adults feel not welcome in parks that are primarily designed for younger populations,” she said. “In other words, parks are not psychologically accessible to them.” After studying park use among older adults across different countries, Loukaitou-Sideris found that “park location, design and amenities most influence use among senior citizens.” Senior playgrounds encourage exercise, social connection and time spent in nature, improving health and effectively reducing the cost of public healthcare. Golden Age Park, the first park designed for seniors in Los Angeles, was created using guidelines set forth in Loukaitou-Sideris’ research and will open Saturday, Nov. 2. 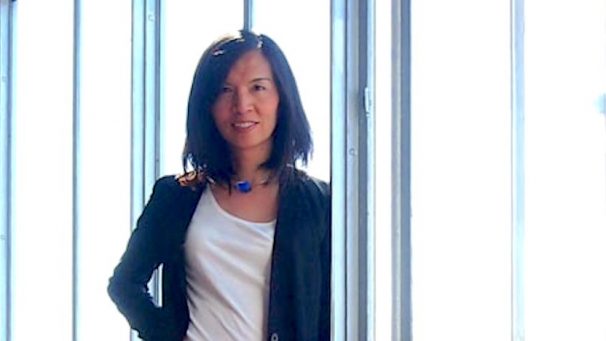 Kian Goh, assistant professor of urban planning, spoke with the Social Design Insights podcast about the impact of climate change on marginalized communities — and the influential role urban designers can play. The wide-ranging conversation touched on the vibrant grassroots movement to protect the poor from eviction in the sinking city of Jakarta, Indonesia; the worldwide influence of Dutch urban planners who draw on 800 years of expertise in dealing with flood control; and the Green New Deal, which could transform urban design with a large-scale U.S. commitment to environmental justice. Planning schools can prepare their students for the coming challenges by stressing that designers must understand the communities they serve. “We do talk in design schools about how to do good, for instance, and to think about marginalized and poor communities and how to help them. But not about the structural, social and political issues that they actually confront,” she said. 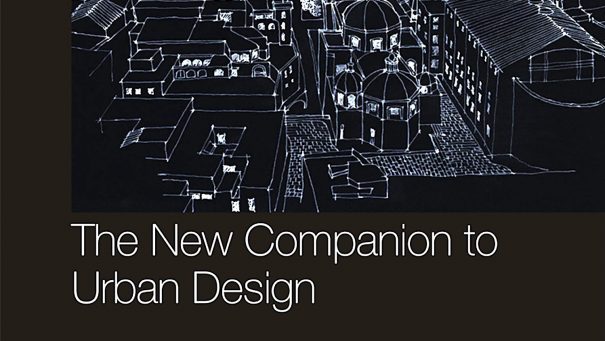 “The New Companion to Urban Design,” the sequel to an authoritative anthology on urban form and design co-edited by UCLA Luskin Urban Planning Professor Anastasia Loukaitou-Sideris, has just been published. The new book reflects current thinking across several disciplines, including urban studies, design, planning and geography, and widens its scope to include perspectives from the Global South. Migration, rapid urbanization, climate change and the explosive growth of digital technology are among the many trends changing the landscape of cities. Essays in the latest volume explore the new economic order fueling these trends, the search for solutions to the conflicts they create, and the role of urban design in bringing about justice, sustainability and other aspirational goals. Loukaitou-Sideris and co-editor Tridib Banerjee, chair of urban and regional planning at USC, assembled contributors from diverse backgrounds to offer original perspectives on the contemporary urban experience. The “New Companion” is a sequel to 2011’s “Companion to Urban Design,” a sourcebook for students, scholars and practitioners. “Urban design scholarship is interested not only with aesthetic issues but also with the social, political, cultural and economic forces that affect the built environment and its residents, as well as the human and environmental consequences of design interventions,” the editors wrote. Loukaitou-Sideris’ research focuses on the public environment of the city, its physical representation, aesthetics, social meaning and impact on the urban resident. The urban planning professor also serves as associate dean of academic affairs at UCLA Luskin and associate provost for academic planning for UCLA. 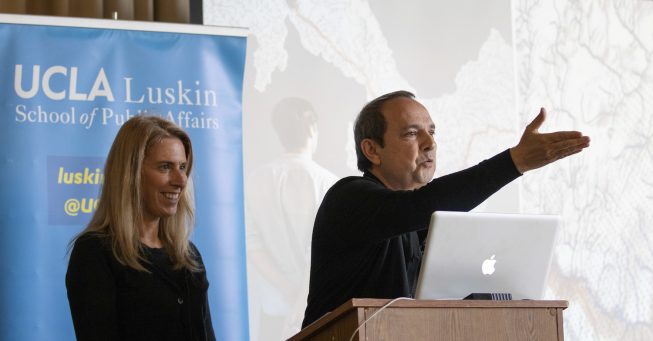 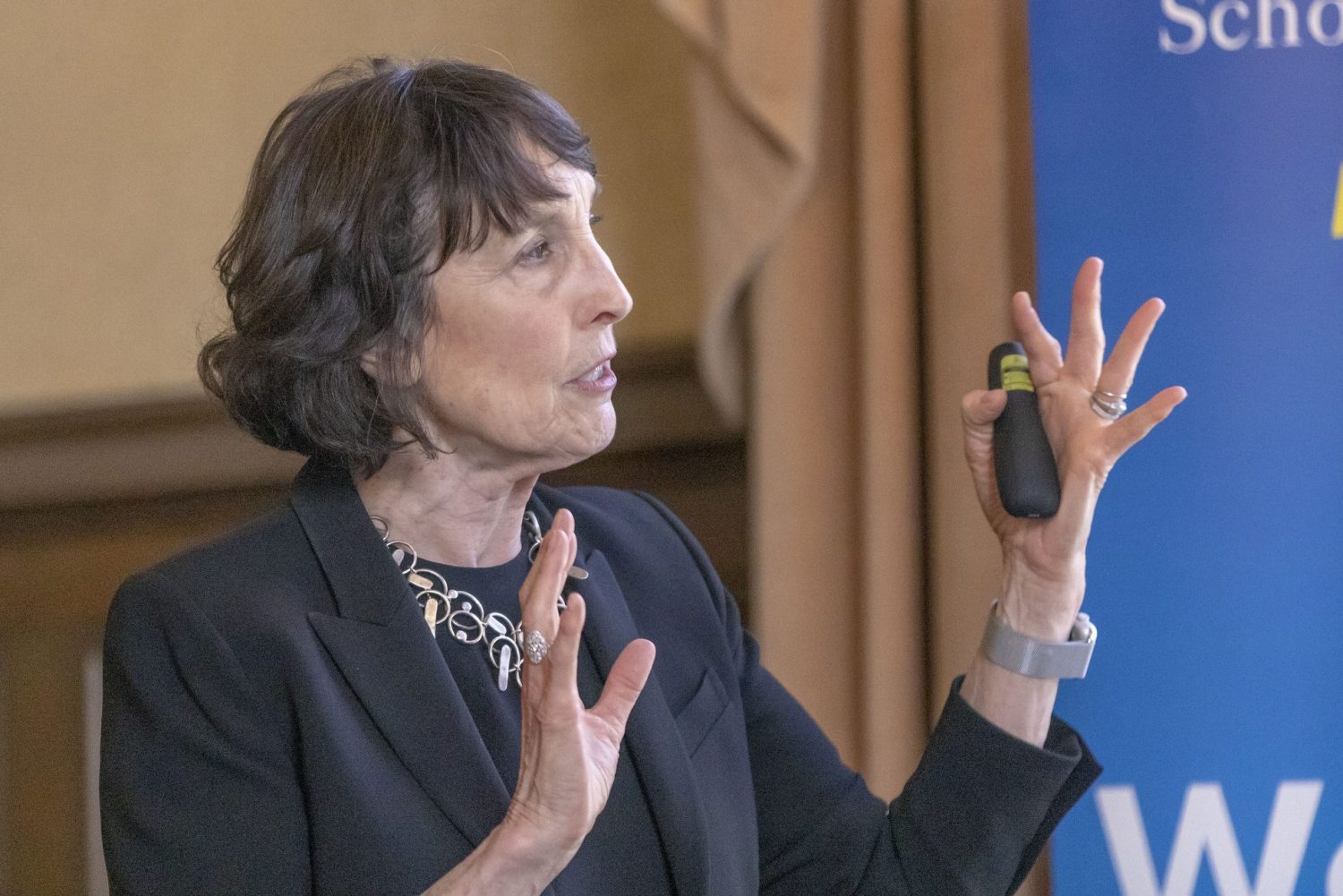 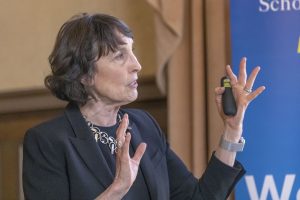 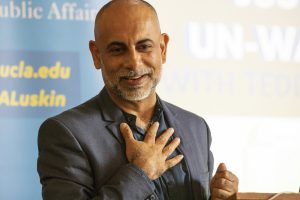 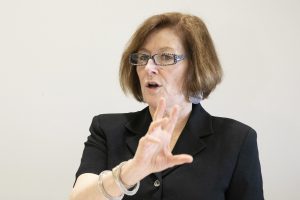 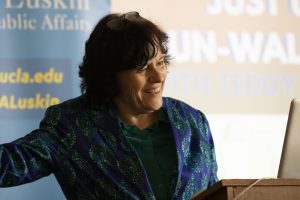 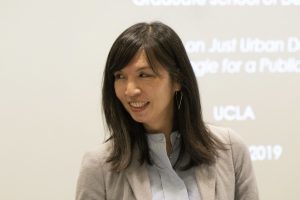